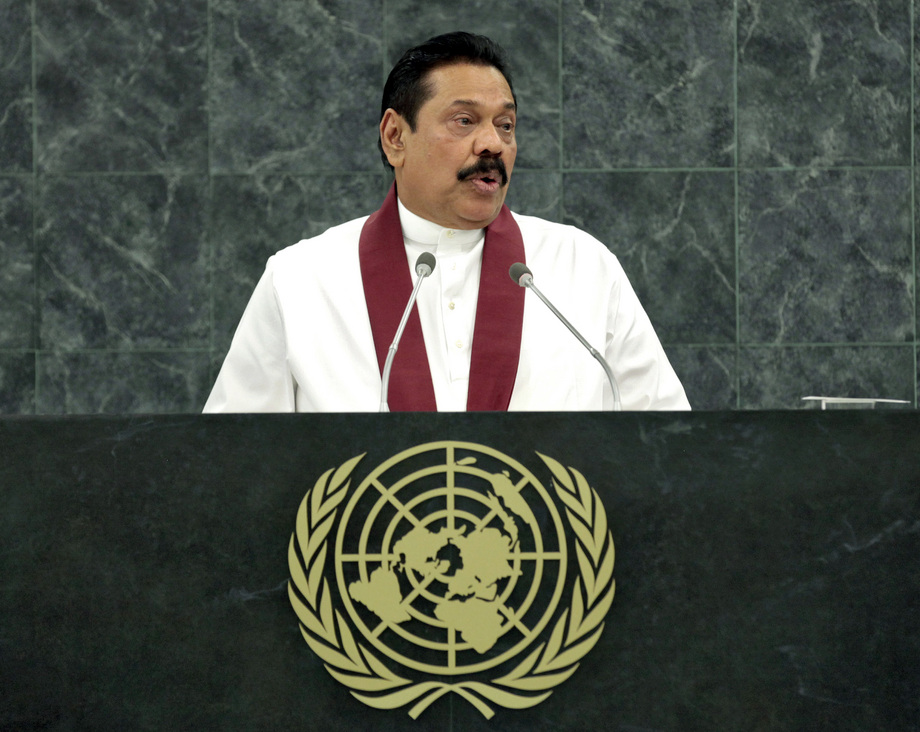 MAHINDA RAJAPAKSA, President of Sri Lanka, highlighted the significant progress his country had made towards achieving the Millennium Development Goals, despite having contended with internal terrorism, the 2004 tsunami and the global food, energy and financial crises. Citing recent projections, he urged the United Nations to examine the causes of failure to end extreme poverty in Sub-Saharan Africa and South Asia.

Calling upon the United Nations to declare an International Skills Day as part of an effort to mainstream youths into the post-2015 development agenda, he urged international monetary and financial institutions to give a greater voice to the developing world. “Also, those countries that are economically blessed must shed their practice of leveraging through these institutions.”

Voicing concern over the growing trend of international interference in the internal affairs of developing countries in the guise of concern for security and human rights, he said the time had come to evaluate whether turbulent movements for political change had led to greater stability in such countries or had produced the opposite result. “The world needs no policing by a few States, particularly when the United Nations is mandated to ensure international security through multilateral engagement,” he said, emphasizing that such engagement must extend to protecting humanity against nuclear and chemical weapons.

Citing the recent election in Sri Lanka’s Northern Province, he said it had been crucial in promoting political empowerment and reconciliation. He urged the international community to assist with that process and to ensure its success for the benefit of all Sri Lankans. He said that, despite his country’s consistent engagement with United Nations mechanisms, there was a disproportionate emphasis on Sri Lanka, which faced unequal treatment through the multilateral framework. “The UN system should be astute enough to ensure the consistency of standards applied, so that there is no room for suspicion or manipulation by interested parties to fulfil their agendas.”