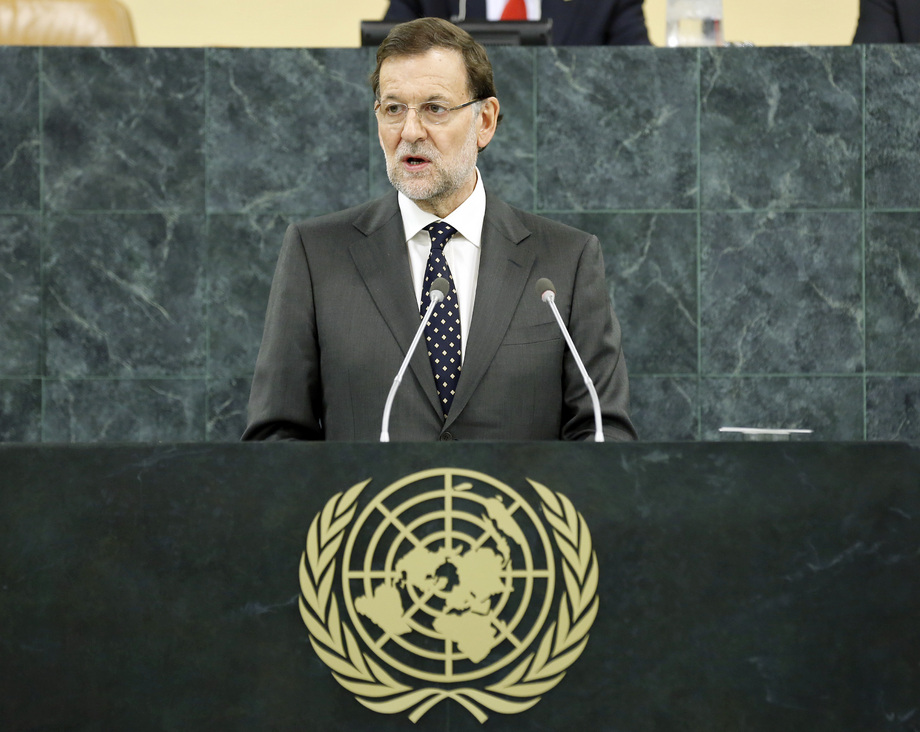 MARIANO RAJOY BREY, Prime Minister of Spain, said his country was firmly committed to the United Nations, as demonstrated by the fact that Spain was the sixth largest contributor to the Organization’s budget. That commitment legitimized its aspiration to serve the goals of the United Nations from within the Security Council in the 2015-2016 biennium, he said.

Spain’s commitment to working for international peace and security was made evident this year during the crisis in Mali, he went on to note, saying that the country had supported the deployment of the African and subsequently United Nations peacekeeping forces. Defeating terrorism and having regained its territorial integrity was only the first step for Mali, he said, stressing that with the return of constitutional order, constructing open, inclusive national institutions were essential for the future of the country. In the long term, he said the international community must continue to support development throughout the Sahel, as this was the only way to promote security, democracy and prosperity in the region.

Turning to the Syrian crisis, he said the situation there had become “an intolerable, heart-breaking human drama” presenting a growing threat to regional and international peace and security. He said that Spain firmly believed that the brutal chemical attack against civilians must not be repeated. While commending the proposal by the Russian Federation and the United States on chemical weapons in Syria, he stressed it was necessary for the Security Council to adopt a resolution establishing a legally binding prohibition on the use of chemical weapons in Syria and to ensure their destruction. He stated that only political dialogue between the parties could put an end to the increasingly violent conflict, and expressed confidence in the success of the second Geneva Conference on Syria.

On the question of Gibraltar, he reiterated Spain’s call to the United Kingdom to resume bilateral dialogue and regional cooperation, stressing that the territory had been included by the United Nations in the list of Non-Self-Governing Territories awaiting decolonization in 1963. As for Western Sahara, he said Spain supported the search for a fair, lasting and mutually acceptable solution, one that would enable the self-determination of the people of Western Sahara.

Addressing the theme of the general debate, he said the post-2015 agenda should be universal, focused on truly sustainable development and acknowledge the importance of open institutions in achieving inclusive growth. Spain had channeled much support through the United Nations system for helping achieve the Millennium Development Goals, he said, adding that as its economy regained strength, the country would make “generous, intelligent and effective investment” in development cooperation.