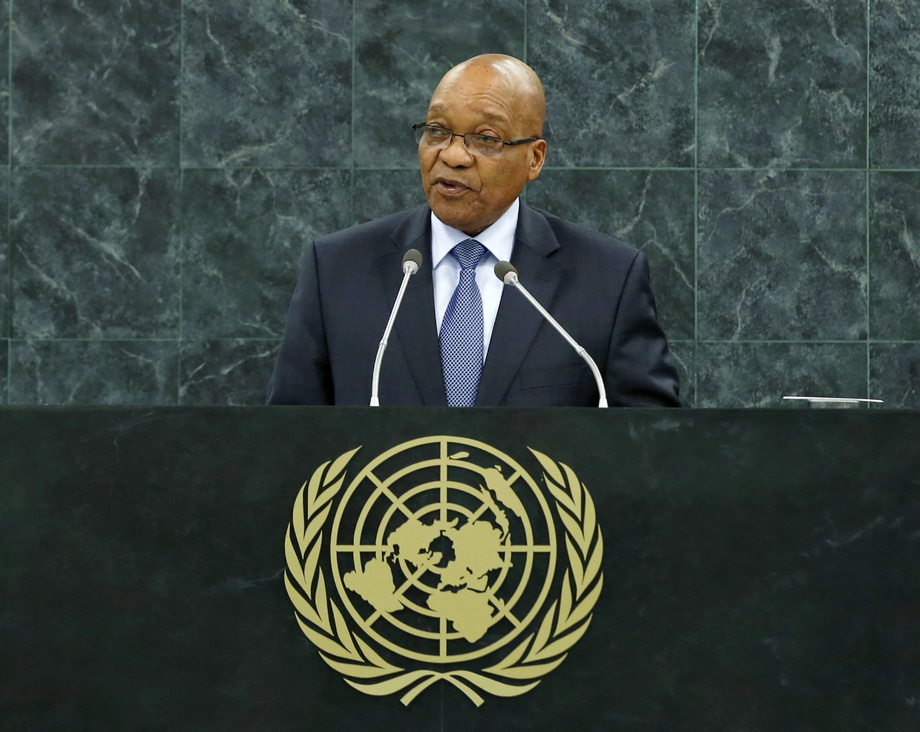 JACOB ZUMA, President of South Africa, denounced the terrorist attack in Kenya before saying that any future development agenda aimed at Africa must address poverty eradication, income inequality and job creation. Beyond 2015, development must be based be on the principle of common but differentiated responsibilities, in order to equalize the international playing field. Unfortunately, the global economic meltdown had brought new developments that were detrimental, not only to the developing world, especially Africa, but also “renegotiated the rules of the game”. New issues were being introduced as prerequisites for development and partnerships, which had become huge non-tariff barriers including the green economy and clean technology. The developed North and developing South must continue engaging in a genuine partnership, he said, calling on Northern nations to meet their commitment of contributing 0.7 per cent of their gross national income to official development assistance (ODA). Investing in development in the South, especially in Africa, was critical to sustainable development and global stability. The tendency to delegate some historical responsibilities to new emerging economies in the South was “unacceptable and unworkable”, he said, emphasizing that emerging nations had their own historical challenges and backlogs to deal with. “Development and security were two sides of the same coin,” and ensuring both required good governance and the promotion of democratic values. He expressed deep concern that the Security Council remained “undemocratic, unrepresentative and unfair” to developing nations and small States. It disenfranchised the majority of the Member States in the General Assembly. “We cannot remain beholden indefinitely to the will of an unrepresentative minority on most important issues of international peace and security,” he stressed. On Syria, he said that any political transition must be Syrian-led and not the result of a force of arms. He welcomed the recent developments, such as the decision by Syria to accede to the Chemical Weapons Convention and the ongoing bilateral consultations between the Russian Federation and the United States. The international community was presented with an opportunity to demonstrate that matters of such nature were handled correctly through existing instruments within the multilateral global governance system. Looking forward to South Africa’s twentieth anniversary of freedom and democracy next year, he said that a strong partnership with the United Nations was critical for its future. His country’s founding President, Nelson Mandela, continued to respond to treatment at his home, and his family, as well as the people of South Africa, were humbled by the international support. However, while South Africa celebrated its freedom and democracy, it remained mindful that the struggle was not complete for the people of Palestine and Western Sahara. He was deeply concerned about the illegal settlement activities in the West Bank, which were not only a violation of international law, but also jeopardized the realization of a two-State solution. South Africa would also continue to struggle for Cuba’s economic liberation, he added.