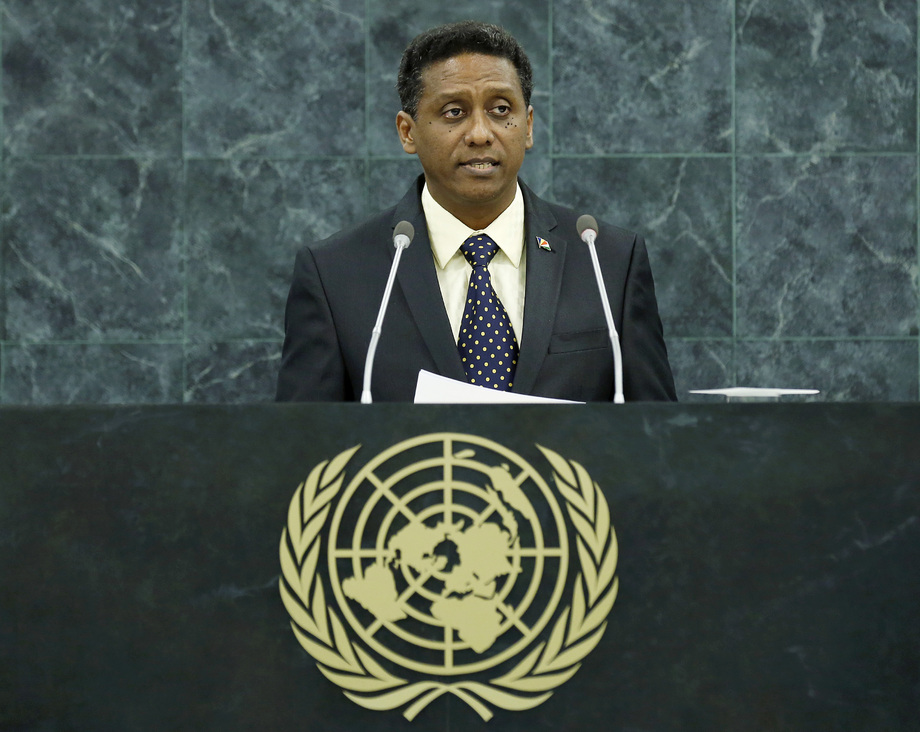 DANNY FAURE, Vice-President of the Seychelles, looked ahead to 2014 when the year of small island developing States would be marked. As such a State, Seychelles’ economy was based on connectivity to the rest of the world and its security and environmental safety depended on many factors beyond the Government’s control. International partnerships were vital to addressing both the opportunities and risks Seychelles faced and he stressed that small island developing States should help to shape the post-2015 development agenda.

In formulating the sustainable development goals, States should recall that if the islands were safe, the planet as whole could be sustained. Having hosted a preparatory meeting, he looked forward to the Third International Conference on Small Island Developing States, which the United Nations Under-Secretary-General for Economic and Social Affairs and the President of the General Assembly would attend, showing their commitment to the concerns of islands. Discussions had underlined the need for a United Nations “resilience index” accounting for the evolving needs of islands.

Rio+20 had identified both the “green economy” and the “blue economy” as tools by which States could develop more sustainably. He called for more emphasis to fall on the “blue economy” and harnessing the sustainable development potential of oceans. Under the current status quo, the planet’s resources were consumed with no long-term protection, while climate change continued to grow and threaten “our economies, our way of life and our existence”. He was organizing a high-level event on the “blue economy” in the United Arab Emirates in January 2014 to help reflection and mobilize action on the issue. He called for more focus on the sustainable development of Africa’s coastal areas and oceans. Africa’s oceans could transform from sources of raw products for distant nations to spaces where Africa’s trade needs were prioritized. Security of those spaces was vital and partnerships were needed. Seychelles had set-up a regional anti-piracy prosecution and intelligence coordination centre and hosted an anti-piracy cell of the Indian Ocean Commission. The region was now better able to deter other criminal activities such as trafficking and illegal fishing.

Turning to peace and security, he expressed solidarity and sympathy to the people of Kenya following the Nairobi terrorist attack, and saluted Somalia’s efforts to eradicate extremists. He was also encouraged by the first round of presidential elections due to be held in Madagascar in October. He condemned any use of chemical weapons or any other weapons of mass destruction and urged all nations to sign the Arms Trade Treaty. Reiterating his stance that the embargo against Cuba should be removed, he said he would use the current Assembly session to seek to reduce the marginalization of island States, and in that connection was planning to stand for non-permanent membership of the Security Council for 2017-2018.