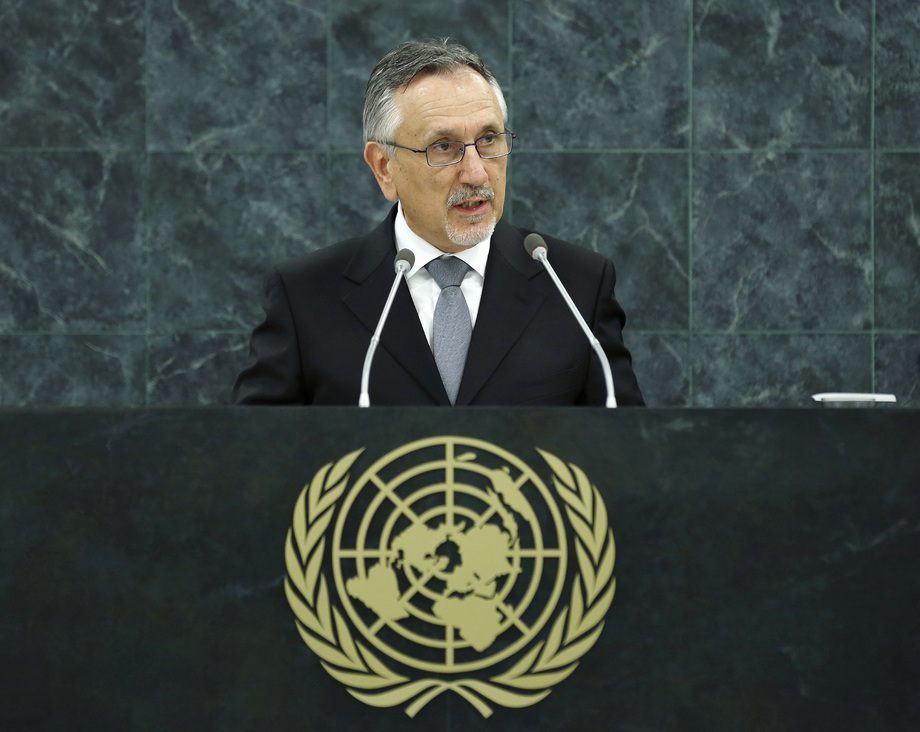 PASQUALE VALENTINI, Minister for Foreign Affairs of San Marino, noted that the visit the Secretary-General paid to his country this year had marked a significant moment in the history and political life of his small State. In setting the fundamental objectives of the post-2015 development agenda, three top priorities had to be set, he said, on account of their magnitude and urgency: peace and security, the elimination of inequalities and environmental sustainability. Development could only be built on peace, he added. The search for dialogue, therefore, as a tool to solve conflicts, should be pursued with determination. When crimes against humanity are committed a united action is needed, such as in the case of the elimination of chemical and nuclear weapons. He said peace, in turn, could only be founded on the respect for human rights, social justice and inclusion of the most vulnerable. His country had paid special attention to the latter, in particular to women, children and disabled persons. The issues related to these groups must, again, be given high priority at the United Nations. San Marino hoped for the universal ratification of the Convention on the Rights of the Child and its Optional Protocols, and for the implementation of the Convention on the Rights of Persons with Disabilities. In regards to environmental sustainability and prevention of and response to natural disasters, he expressed appreciation for the work of the Secretary-General, the Office for the Coordination of Humanitarian Affairs and the Central Emergency Response Fund. The finalization of the post-2015 development agenda could not transcend from strengthening a global governance mechanism, as set in the annual General Assembly resolution entitled “The United Nations in global governance”, which San Marino had traditionally co-sponsored, he continued. His country also believed that the United Nations had the duty to retain the leadership of the global governance management. Against this background, the Organization “must be adjusted”, he added, reinforcing the political role and authority of the General Assembly and reforming the Security Council. San Marino believed in the “force of dialogue”, as shown by its century-old history of peace. The post-2015 development agenda needed to be established in this perspective, he concluded.