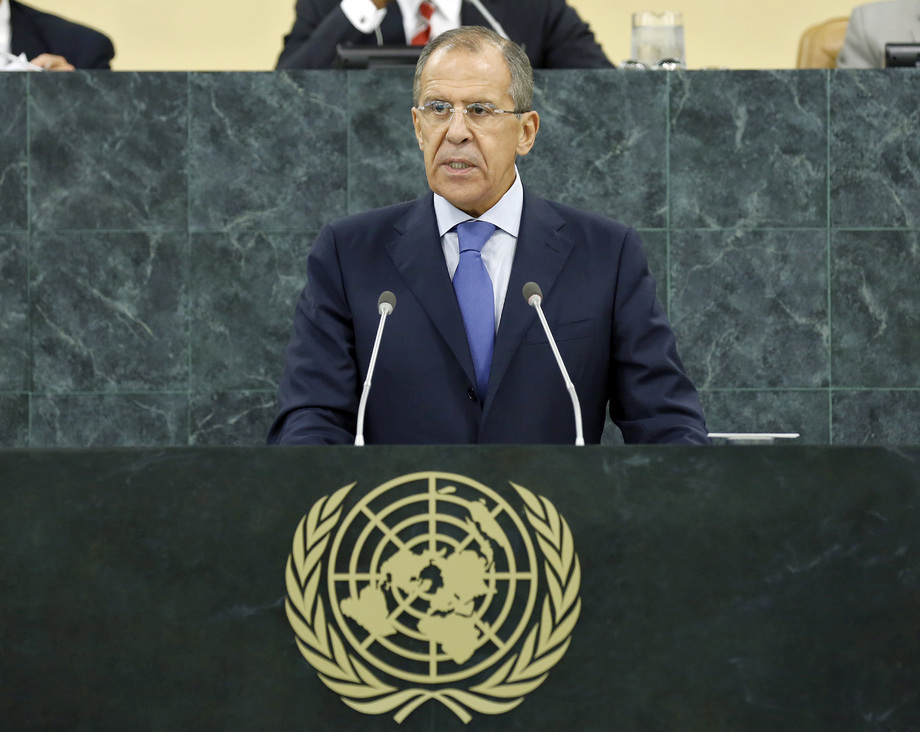 SERGEY V. LAVROV, Minister for Foreign Affairs of the Russian Federation, said that many problems of today’s world were reflected in the tragic situation of Syria and the ambiguous developments in the Middle East and North Africa.  From the very beginning of the turmoil, the Russian Federation had called for a common international approach, combining support for the Arab people in their transformation and the understanding that, objectively, those processes would be lengthy and sometimes painful, and that it would be quite important not to harm them through “rude outside interference”.

He said there was a need to act in a balanced way, taking into account the complex developments associated with a strenuous search for compromises among various ethnic and religious groups making up the mosaic of Arab societies.  The desire to portray developments in the Arab world simplistically as the struggle for democracy against tyranny, or good against evil, had long obscured the problems associated with the rising wave of extremism that had spilled over to other regions.  The terrorist attack in Kenya was a clear example of the gravity of that threat, he said, pointing out that groups comprising radicals from all over the world were the most combat-capable units in various opposition movements.  “The goals they pursue have nothing to do with democracy,” he stressed.  Rather, they were based on intolerance and aimed at the destruction of secular States and the establishment of caliphates.

While describing the use of chemical weapons as inadmissible, he said that did not bestow the right to accuse and pass judgement.  All incidents associated with the use of chemical weapons, by whomsoever that might be in Syria, must be investigated in a professional and unbiased manner, he emphasized.  He recalled that a common argument had been used recently to prove that the use of force was the most effective method to address problems, although all experience of such interventions had demonstrated that it was ineffective, meaningless and destructive.  That was an extremely dangerous path, leading to the erosion of the foundations of today’s world order, he warned.  Threats to use military force to ensure one’s own interests in the Middle East under the pretext of the “remaining demand for leadership” were unacceptable.

Syrians continued to die needlessly every day, with religious minorities, including Christian communities, falling victim to the conflict, which was increasingly acquiring a sectarian character.  The only possible way to end the turmoil was to move away from the deadlock in the political process.  At the same time, the Syrian conflict must not overshadow the question of Palestine, he said, calling on Israeli and Palestinian leaders to shoulder their responsibilities.  The Quartet remained the internationally recognized mechanism of assistance to the peace process, alongside the Madrid Principles and the Arab Peace Initiative.  On the Iranian nuclear programme and the Korean peninsula, he mentioned President Vladimir Putin’s New York Times article, which called for an end to using the language of force and a return to the path of civilized diplomatic and political settlement.