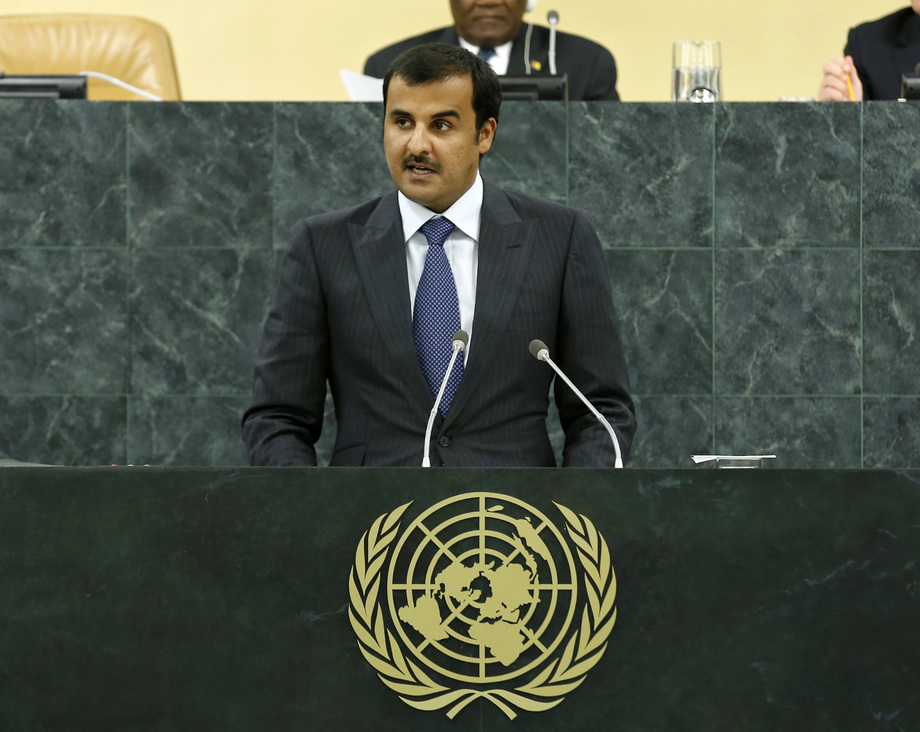 SHEIKH TAMIM BIN HAMAD AL-THANI, Qatar, said that the Israeli occupation continued to inflict injustices upon the Palestinian people by extending the scope of settlement activity; Judaizing the city of Jerusalem; intensifying its unjust embargo of the Gaza strip and intensified settlement activity in the occupied Syrian Golan Heights. That could not be accepted as normal, he said, adding that the United Nations was established on the basis of human rights and it was unreasonable that it “could not do anything about the last colonial issue”. Real peace, he continued, would come only through coexistence, good-neighbourliness and mutual respect. It would come with the formation of two States and the withdrawal of Israel from all occupied Arab territories. The ongoing de facto policy in Palestine “transforms before our eyes into a more complicated issue” as the continuation of settlements led to a destruction of the basis for establishing a Palestinian State. The situation resembled apartheid. A Palestinian State, with Jerusalem as its capital within the limits of the 1967 borders, was not only an Arab demand, but it represented an international standard for testing the credibility of international legality. He called on the Security Council, therefore, to uphold its responsibility and adopt the required decisions to stop illegitimate Israeli practices. Moving on to Syria, he said the destructive actions and horrible massacres at the hands of the regime must not go unpunished. Perpetrators of the brutal crimes that have “shocked every human conscience” must not enjoy impunity. Failure to resolve the issue lay with the Council for its inability to take the required decision to stop the bloodshed. “It is obviously impossible to take any decision without the support of the majority of the permanent Member States, but taking a decision should not be monopolized for a long period by one or two States,” he asserted. The Arab Spring revolutions were also facing difficulties, he pointed out. Rarely have there been revolutions that were not followed by the desperate attempts of former regimes to destroy them. That was why “wise people” preferred that regime change be done gradually and not through revolutions, which carried with them the possibility of counter-revolutions. Qatar opted to play a constructive role at the international level and aimed to serve as a hub for dialogue among different parties to conflicts. Within that process, Qatar was moving towards reform and modernity, which would require a genuine commitment to the rule of law, principles of governance, combating corruption and protecting human rights, as well as empowering women to participate in public life. The issue of proliferation of weapons of mass destruction, in particular, nuclear weapons, in the Middle East, was alarming, he said, reiterating that every State in the region had an absolute right to use nuclear power for peaceful means, according to the standards of IAEA. On another note of importance to his country, he said it remained committed to tackling the negative environmental and economic consequences of climate change, and he outlined several national initiatives taken to combat desertification and drought.