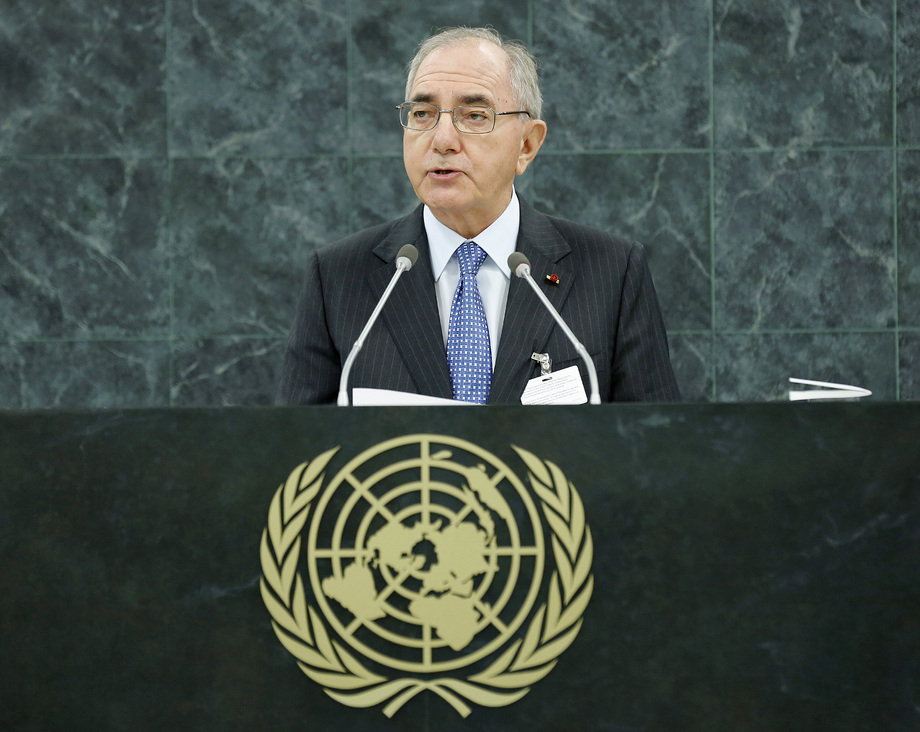 RUI MACHETE, Minister for State and Foreign Affairs of Portugal, strongly condemned the terrorist attack in Nairobi, describing it as a reminder of the importance of anti-terrorism efforts. The recent use of chemical weapons in Syria was unacceptable, a violation of global law, a heinous crime and a regression of civilization, he said, saluting the political and diplomatic efforts of the United States and the Russian Federation that had led to the adoption of the Security Council resolution. It was vital to seize the opportunity created by the initiative on chemical weapons to consolidate the political-diplomatic track and hold the Geneva II Conference.

He said the parties to the conflict bore the primary responsibility for solving it, but the international community must keep up the pressure on the parties in Damascus to help them create a peaceful, sustainable, democratic and inclusive society. Hailing the United States initiative to bring Israel and Palestine back to the negotiation table, he emphasized that the unique opportunity to resolve the conflict peacefully must not be missed. As for the regrettable lack of solid progress in resolving the Iranian nuclear issue, he said the recent statements by Iran’s new President and other high-ranking officials were a positive sign, and appealed for their translation into concrete steps conducive to a negotiated solution that would restore the international community’s confidence in the nuclear programme’s civilian, peaceful nature.

Expressing concern over the situation in Guinea-Bissau, he said that Portugal, as a member of the European Union and the Community of Portuguese-speaking Countries, and in close coordination with the Economic Community of West African States (ECOWAS), was working to help that nation overcome the crisis. Presidential and legislative elections must be held, in line with commitments made by the current authorities, and as reiterated in the Security Council’s 11 September presidential statement. Concerned also over the possible extension of the transition period, he said the authorities must guarantee that all citizens could participate in the elections. The crisis had clear and worrisome connections to the Sahel region, namely through drug trafficking routes, he added.