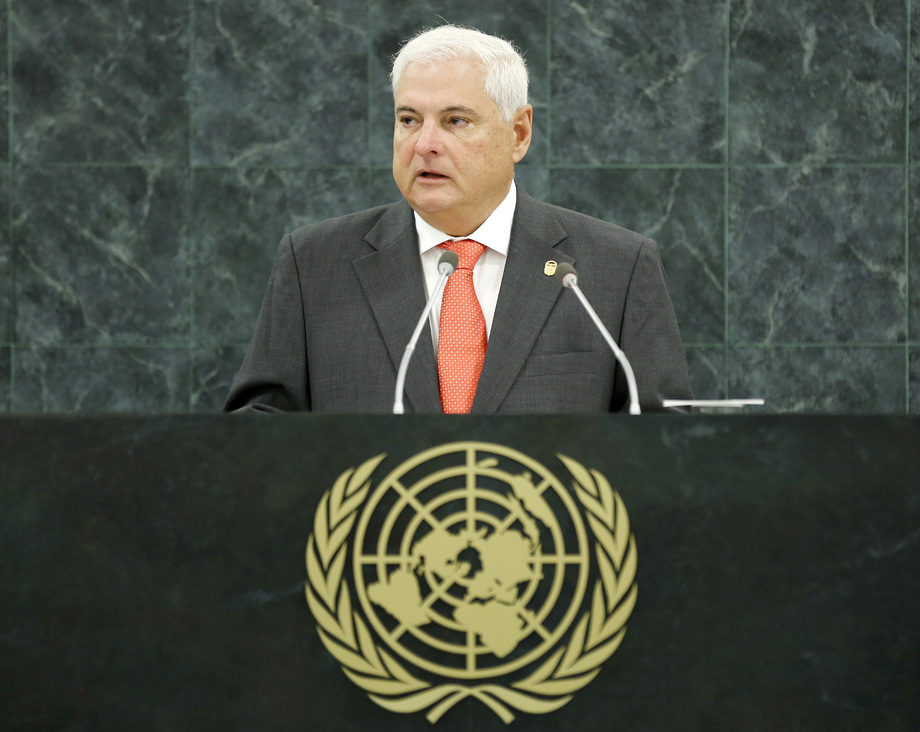 RICARDO MARTINELLI BERROCAL, President of Panama, said that the Millennium Development Goals had been extremely instrumental in improving the living conditions of Panamanians. Just as important had been the critical and unique role played by the United Nations in coordinating the global conversation on development. The post-2015 development agenda must maintain a central focus on eradicating extreme poverty from the face of the Earth, he said, emphasizing that “we have realized that development that is not sustainable is simply not development.” Looking ahead, he said, any development model must integrate the economic, social, and environmental aspects in line with decisions made at the Rio+20 Conference on Sustainable Development. On a national level, Panama had reformed its trade and tax policies, as well as reviewed the regulation of its financial market and productivity. Financing development was not easy, but the capacity was great and the patterns of productivity were increasingly sustainable. International cooperation was imperative, he said, stressing that, “nothing we speak in this Hall will be effective, if we do not forge a global partnership.” On Syria, he strongly condemned the use of chemical weapons, calling the act a crime against humanity, in need of investigation and punishment. The Security Council must assume its responsibility to enforce international law. The United Nations had the supreme duty to speak clearly and forcefully in favour of world peace and the right of mankind to continue living on the planet, he said, stressing the urgency to address the escalating violence in the Middle East overall before “the atomic mushroom cloud delivers its final verdict”. Moving on to the request made by Nicaragua to the Commission on the Limits of the Continental Shelf of the United Nations Convention on the Law of the Sea to extend its continental shelf beyond 200 nautical miles, he said Panama felt “deep unease” because it had not been consulted before that request was made. Assuring that Panama, in accordance with its national Constitution, complied with international law norms and recognized the jurisdiction of the International Court of Justice, he categorically rejected Nicaragua’s attempt to “delimit” its maritime boundaries. The existing treaties, outlining legitimate maritime rights, were recognized and accepted by the international community. Concerning the North Korean-flagged merchant vessel Chong Chon Gang, detained in Panama since mid-July for attempting to transport an “enormous amount” of war material from Cuba, he reiterated that Panama would respect the results of an investigation outlined in a preliminary report to the Security Council. He had “no problem at all” with the States involved in the matter. Rule of law, mediation, and dialogue must be the tools used to confront any conflicts in the region. He said that as his presidency approached its conclusion, he was pleased with his legacy of social and political stability. His country enjoyed a literacy rate of greater than 94 per cent, made the greatest investment in the public sector in Central America, and enjoyed a life expectancy of 76 years. Panama was on its way to full development, and he remained “an optimistic man”.