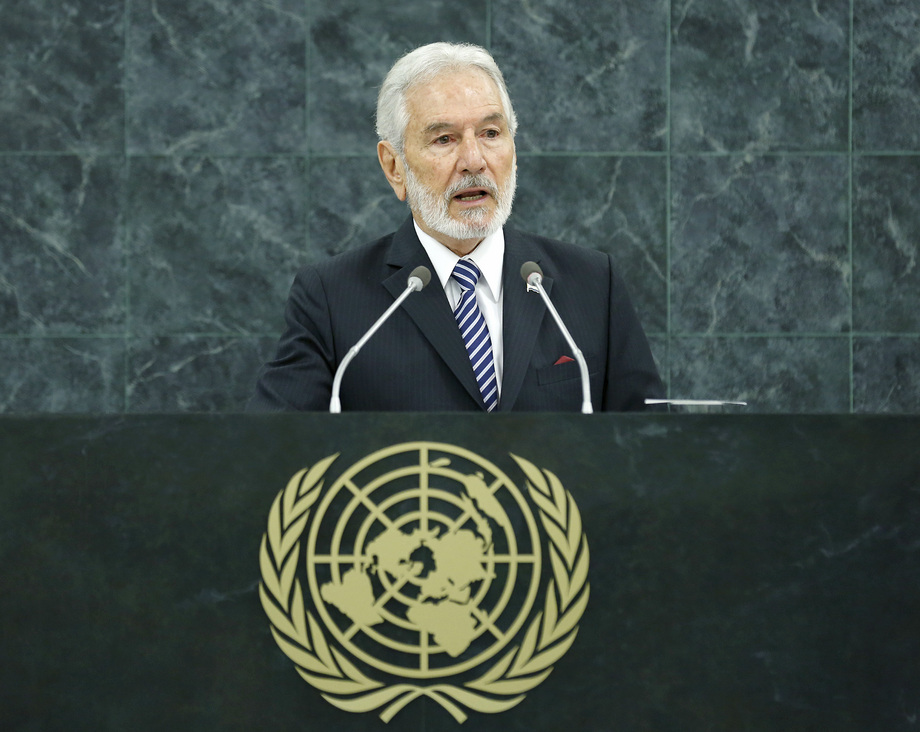 SAMUEL SANTOS LÓPEZ, Minister for Foreign Affairs of Nicaragua, stressed the need for profound reform of the United Nations, emphasizing that the position of some permanent members of the Security Council could no longer be an insurmountable obstacle to progress. Power must fully lie in the General Assembly, he added. Turning to his region, he underscored the role of regional organizations which — through a shared vision on social development, education, health, environment, energy and finance — had been instrumental in finding a regional model to overcome poverty, hunger and inequality. Outlining his country’s progress in areas of education and women’s rights, he said that according to UN-Women, Nicaragua was among the first countries in the world with such a high percentage of women in Government. Women held 54 per cent of positions in the executive branch and 60 per cent in the judiciary branch. He also mentioned improvements made in maternal mortality rates and HIV/AIDS prevention. On another note, he said, his country remained committed to the fight against drug trafficking and the various manifestations of transnational organized crime at the regional level through the implementation of the Central American Security Strategy. However, international support through additional financial resources remained critical. On foreign policy, he condemned the United States embargo against Cuba and called for the immediate release of Cuban prisoners in the United States. He reiterated his support to Argentina in the dispute relating to the question of the Malvinas Islands. He also condemned the “arbitrary conduct” of the United States in preventing the aircraft of Venezuela’s President from flying over Puerto Rico. Reiterating support to Puerto Rico’s struggle for independence, he said it remained one of the last colonies on the continent. He said that he supported conflict resolution on Syria based on efforts undertaken by the Russian Federation, and greater participation of China-Taiwan in various international organizations.