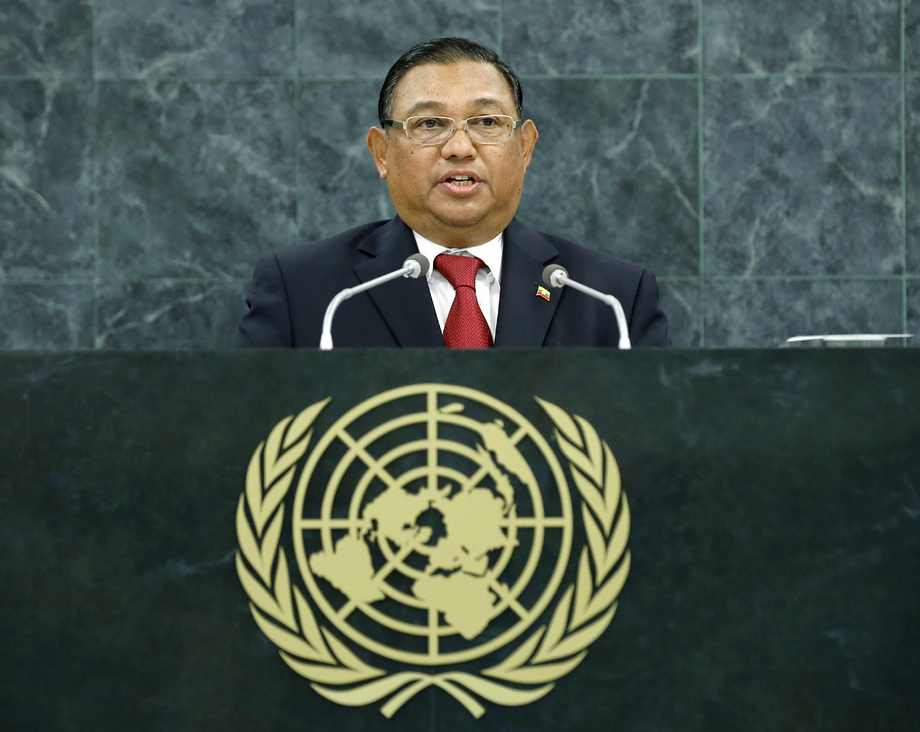 U WUNNA MAUNG LWIN, Minister for Foreign Affairs of Myanmar, joined the ”Group of 77” developing countries and China in stressing that the key implementation gaps of the Millennium Development Goals and the poverty agenda must be addressed, with national efforts buttressed by international support.  Achieving inclusive and sustainable development would be the United Nations’ biggest challenge in the twenty-first century.  The international community should trust the world body’s capacity and capability for maintaining international peace and security, safeguarding fundamental human rights and promoting development.

The existence of weapons of mass destruction, particularly nuclear weapons, posed the greatest threat to mankind, he said.  His country, since 1995, had submitted the annual resolution on nuclear disarmament, calling on nuclear-weapon States to immediately cease the qualitative improvement, development, production and stockpiling of nuclear weapons and to take measures to totally eliminate them within a specified time frame.  On 17 August, Myanmar signed the Additional Protocol to the International Atomic Energy Agency (IAEA) safeguards agreement.

Myanmar was undergoing political reform, he said, adding that a firm foundation for a democratic society had been established, including with help of civil society.  A new culture of dialogue and accommodation was cultivated, and political actors were taking a forward-looking approach to sustain the reforms.  A ceasefire agreement had been reached between the Government and all armed groups for the first time in over 60 years; however, the hard-won peace would not be sustainable until Myanmar met the economic and social needs of its people.  In that pursuit, the country had opened up the economy through economic liberalization, financial reforms, foreign investment, people-centred development approaches, rural development, and poverty alleviation.  There were “always people who wish to rock the boat”, but, he said, the Government would take a zero-tolerance approach to anyone fuelling ethnic hatred.  Expectations were high for Myanmar, and while it was still in the critical transition period, it would march resolutely forward along its chosen path, as there was no turning back, he said.