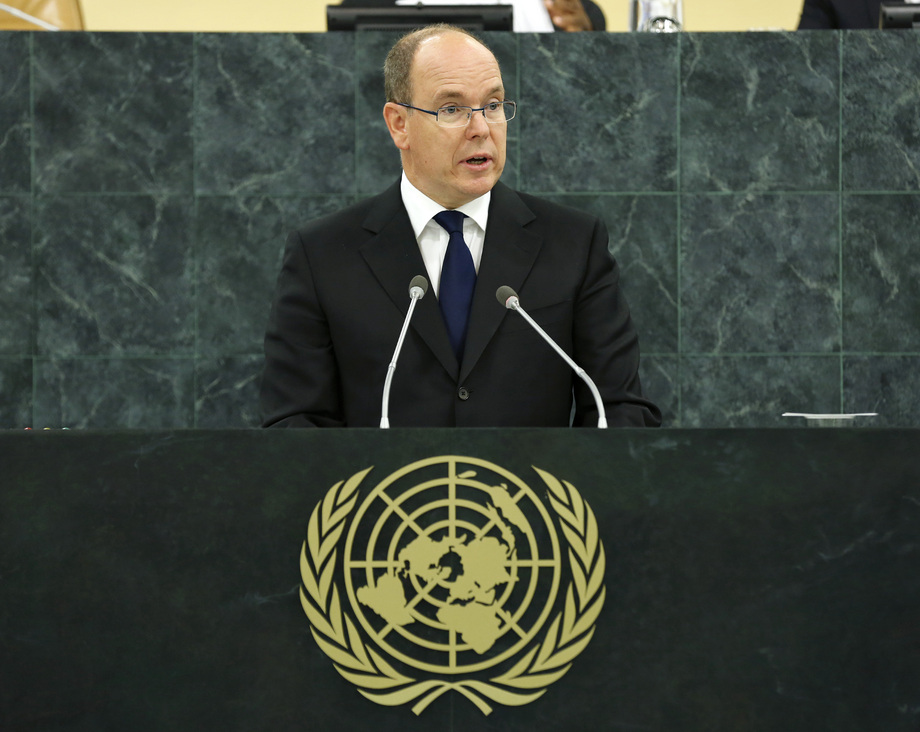 ALBERT II, Prince of Monaco, recalled his statement delivered in 1993, when Monaco had become the 183rd Member State of the United Nations, accepting its responsibility towards the interconnected and borderless challenges the world was facing. The linkage between sustainable development and environmental protection had been recognized during the 1992 Earth Summit. However, growing insecurity characterized by the fragmentation of the societies threatened the progress made, as shown by the recent attacks in Kenya, Pakistan and Iraq. Protracted conflict slowed development and created humanitarian crises, which were unacceptable. He denounced the rising number of refugees and internally displaced persons in Syria, adding that that conflict worsened through the use of chemical weapons. Monaco added its voice to all the countries requesting a political settlement of the conflict, especially in light of the recent agreements on the control and destruction of chemical weapons in Syria. He paid special tribute to the International Committee of the Red Cross (ICRC) and its determination to fulfil its mandate of assisting populations in need. Given current conflicts, natural disasters, climate change and environmental degradation, he called for the Office for the Coordination of Humanitarian Affairs to be given the resources and means necessary to implement its mandate. Despite the remaining challenges, he said, the progress made since the adoption of the Millennium Development Goals demonstrated that the political decisions made on development and security had been the right ones. He lent his country’s full support to the initiatives launched by the Secretary-General on education, advancement of women and nutrition, which invited Member States to assume their full responsibilities to the most vulnerable peoples, especially in the least developed countries. He urged accelerated implementation of the plan of action of the Fourth United Nations Conference on the Least Developed Countries. As a General Assembly Vice-President, Monaco supported the establishment of a new development agenda, in order to enable efficient response to upcoming challenges, he said. Concerning climate change, he underlined the need for sustainable production and consumption patterns, as outlined in the Rio+20 outcome document. He emphasized his personal commitment in fostering the role of the ocean and sea in the post-2015 development agenda, stressing that climate regulation, food security, energy, tourism, transport, and international trade were all directly or indirectly linked to oceans. Reinforcement of multilateral cooperation and partnerships was at the centre of the preparations of the third International Conference of the Small Island Developing States in 2014.