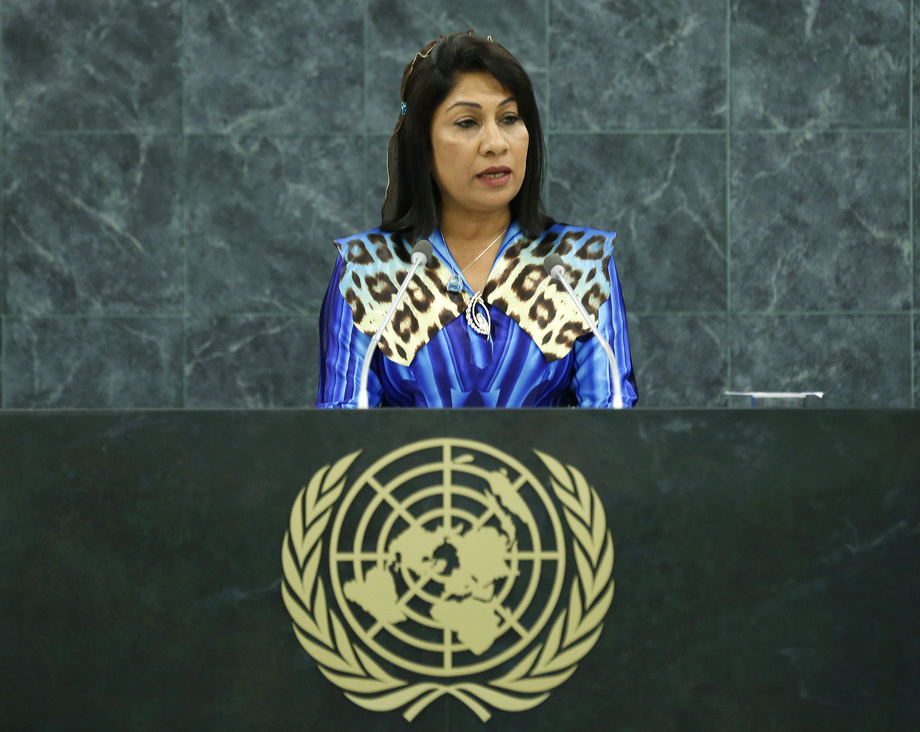 Mariyam Shakeela, Minister of Environment and Energy and Acting Foreign Minister of Maldives, said that challenges, old and new, seemed to be a recurring theme of the present general debate. Challenges, however, were an opportunity to think out of the box. The most pressing issue for the United Nations was that it remain relevant to the realities of the twenty-first century, as the Organization was the ultimate guarantor of the equality of nations, she added. Along with other States, the Maldives called on the reform of the Security Council, so that it could be more inclusive. Only then could the United Nations restore its credibility and legitimacy, she added.

Among the global challenges close to the heart of the Maldivians was the situation in the Middle East. She said that her country was appalled at the human cost of the conflict in Syria, stating that the use of chemical weapons “must not be tolerated”. Her country called on both parties to the conflict to choose the path of dialogue. The true aspirations of the Palestinian people must also be recognized, with the establishment of a Palestinian State with Jerusalem as its capital on the lands occupied as a result of the 1967 war. The question of Palestine had been discussed enough, she said, now it was “time for action”. Turning to the Millennium Development Goals, she noted that her country had achieved five of the eight Goals. She was especially proud of the focus her country had made in the advancement of women, most notably in the areas of health and education. While formulating the post-2015 development agenda, it was necessary to keep in mind that the Goals were merely a beginning not a final solution. In this connection, addressing the threats posed by climate change was a very high priority for the Maldives, as low-lying nations faced grave existential threats. Any loss regarding biodiversity would be catastrophic, she added.

Small island developing States required a differential treatment given their unique vulnerabilities, she stressed. That is why this issue needed to be given full attention at all levels, including multilateral and financial institutions, as well as become one of the goals of the post-2015 development agenda. Turning to challenges inherent to her country, she mentioned the consolidation of democracy and the strengthening of national institutions, stressing that these could only be achieved without the interference of external forces. There had been often attempts, she said, to shape the outcome of Maldivian domestic affairs. That is why her country had initiated General Assembly resolution 44/51 of December 1989 entitled “The Protection and Security of Small States” and others resolutions. The rule of law must prevail through democracy consolidation, she continued, both in her country and at the international level. That is why the Maldives was seeking its re-election to the Human Rights Council.