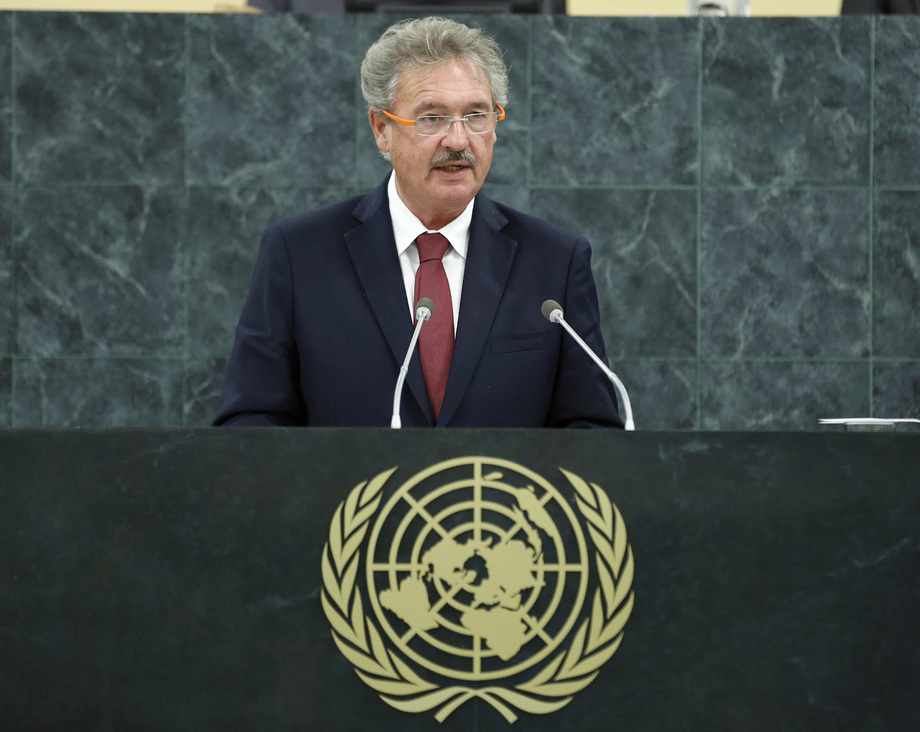 JEAN ASSELBORN, Minister for Foreign Affairs of Luxembourg, called for immediate assistance for the people of Syria, saying they were entitled to it under the most basic criteria codified in international humanitarian law. As a non-permanent member of the Security Council, Luxembourg had worked to give a voice to the humanitarian crisis gripping Syria and neighbouring countries, and had increased its humanitarian aid to the affected populations to €7.6 million. He said he was encouraged by the new direct negotiations between Israel and the Palestinians. “We all know that this initiative is perhaps the last opportunity we have,” he noted. “We must not let it slip away. The consequences could be dramatic.” The time had come to implement the two-State solution and all violence must stop.

He said the Peace, Security and Cooperation Framework for the Democratic of the Congo and the Region signed in February 2013 was a turning point for peace, consolidation and regional stability in that country. The parties should implement all their commitments in good faith and with due diligence. The international community must urgently turn its attention to the conflict in the Central African Republic where the humanitarian situation continued to deteriorate. He welcomed the decision by the African Union Peace and Security Council to authorize the deployment of the International Support Mission to the Central African Republic.

Describing the Arms Trade Treaty as a significant step forward for international law, international humanitarian law and human rights, he said his country was proud to have been among its sponsors from the very beginning. Luxembourg was also committed to working alongside Somalia in helping that country to free itself from the threat of Al-Shabaab. It also supported substantial negotiations that would result in a diplomatic solution to the Iranian nuclear issue.

He urged Member States to speed up the march towards achievement of the Millennium Development Goals and ensure that the post-2015 agenda would be built on the international norms and principles of human rights. Luxembourg continued to pledge 1 per cent of its gross national income to development assistance, and reaffirmed its commitment to sustainable development. With its European partners, Luxembourg had made binding commitments to reduce carbon emissions and mitigate the effects of climate change, he said.