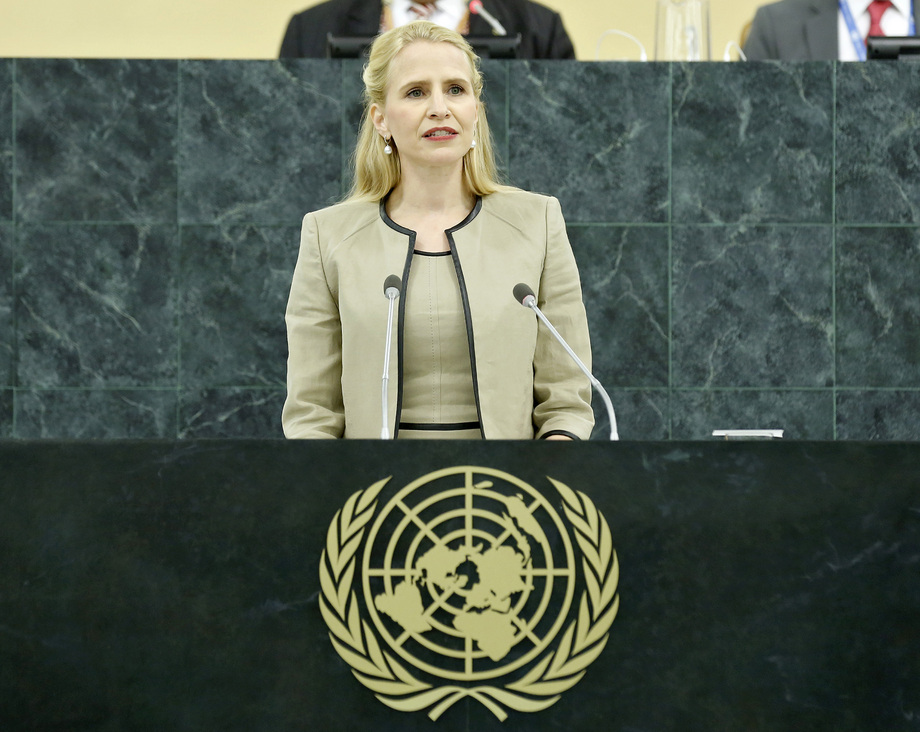 AURELIA FRICK, Minister for Foreign Affairs of Liechtenstein, lauded the Security Council’s breakthrough on Syria and hoped that would create the momentum for that body to finally live up to its responsibility to end the supply of weapons to the parties and facilitate a ceasefire, aimed at achieving a political solution. A referral to the International Criminal Court would not only ensure there was no impunity for the atrocious crimes committed in Syria, but also contribute to a viable political future for the country. Describing the establishment of the International Criminal Court as “the most significant development in international law in the past decades”, she emphasized the importance of the Kampala amendments to the Rome Statute adopted in 2010 on the crime of aggression. Hers had been the first country to have ratified them, and ratifications this week by Andorra, Cyprus, Slovenia and Uruguay were an important step towards activation of the Court’s regime over the crime of aggression in 2017.

Stressing the importance of the responsibility to protect populations from atrocities, she pointed out that the international community’s inability to respond to the crisis in Syria demonstrated a crucial weakness in the system: the use of the veto, or its threat, in a manner incompatible with the purposes of the United Nations. That could make the Security Council irrelevant at times when it was most urgently needed, she said, expressing support for the French President’s proposal for a common code of conduct for permanent Council members. The so-called “P5” should be able to give the world one public commitment that they would not use their veto to block action aimed at ending or preventing atrocity crimes.

Concerned at the rampant phenomenon of sexual violence in conflict, she stressed the need to empower women, adding that many of the internationally accepted goals, from sustainable development to lasting peace, required the full participation of women. Turning to the sustainable development goals, she said those must be much more than just an extension of past efforts; they must approach development in a holistic way and be firmly rooted in human rights, respect for the rule of law and principles of good governance. More serious commitment was needed to achieve them.