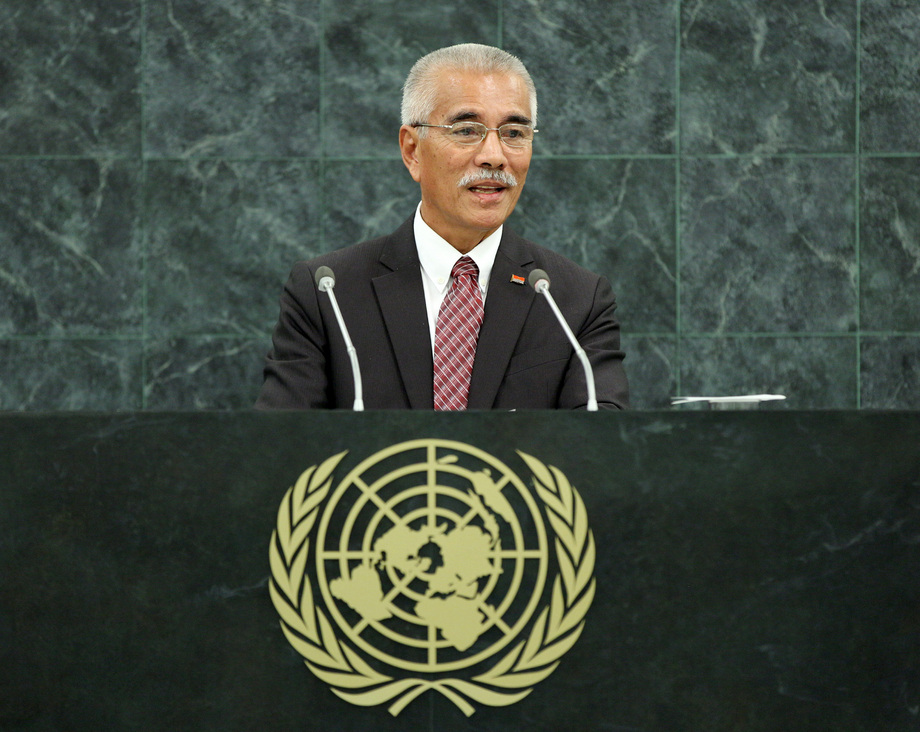 ANOTE TONG, President of Kiribati, said urgent action to address climate change and sea level rise would be critical to the future of his country. The country’s survival, and indeed that of humanity, would be at risk without concrete actions. “The scientists tell us that calamity awaits, and not just for those of us on low-lying islands. What we are experiencing now on these low-lying atolls is an early warning of what will happen further down the line. No one will be spared,” he said. With that, he welcomed the Secretary-General’s announcement of the convening of a high-level summit on climate change scheduled for next year and said support from all nations was critical for positive change.

He said his country was “taking charge” of its situation and moving forward with its mitigation and adaption strategies. It had finalized a national adaptation framework and was working with partners, including the World Bank, to implement the priorities. Efforts were also being made to improve the skills of the Kiribati people so they would be able to compete for jobs on the international labour market, should they be forced to migrate due to the effects of climate change.

On the Millennium Development Goals, he said his country was struggling to reach most benchmarks, as scarce resources were being diverted to other priorities related to rising seas and storm surges. The upcoming Third Global Conference on Small Island Developing States in Samoa in 2014 would be an important opportunity to call attention to the special needs and vulnerabilities of low-lying small States. “The ocean is a double edged sword for us in Kiribati,” he said, highlighting the establishment of Kiribati’s first fish processing plant through a public-private partnership as a recent accomplishment in efforts to utilize available resources in the exclusive economic zone. The annual total catch was around $400 million, yet as owners, Kiribati only got about 8 per cent of that.

In assessing last year’s follow-up sustainable development meeting in Rio, he said: “Unfortunately our track record in delivering on our undertakings has not been good. In fact, in many respects our environment is worse off today than it was over 21 years ago.” He called on the United Nations to facilitate a frank and “brutally honest” dialogue on how to attain “the future we want”.