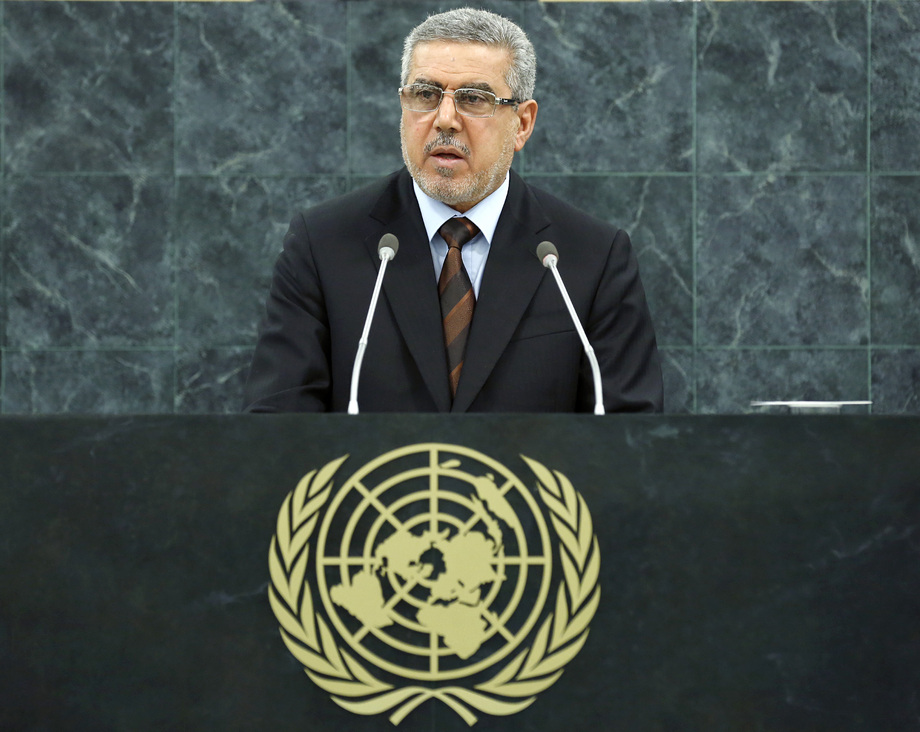 KHUDHEIR AL-KHUZAIE, Vice-President of Iraq, described his country’s efforts to overcome the consequences of the former regime’s social and economic policies, while pursuing the Millennium Goals and sustainable development. The national budget was expected to grow, and 40 per cent of it would be used to finance basic services and infrastructure improvements. The National Development Plan for 2013-2017 saw oil remaining the main engine of economic growth, he said, adding that, with production expected to continue its steady growth, Iraq was focusing on environmental sustainability and the green economy. The National Development Plan’s strategic goals included alleviating poverty, cutting and reducing unemployment, increasing per capita income, reducing infant mortality, improving school-enrolment rates and ensuring better management of deserts and water resources.

He called for strengthened cooperation between countries of the global North and the South, including the fulfilment of financial obligations, technology transfer, and help to address water scarcity as well as the fallout from conflicts and international economic sanctions. He stressed the importance of effective, accountable institutions, and the need for a post-2015 development plan underpinned by a new spirit of solidarity, responsibility, cooperation and integration. Of particular importance were education, women’s empowerment and human rights, he stressed. Iraq looked forward to the completion of the tasks assigned to the working group mandated to address financing for development following the Rio+20 Conference, he said, expressing hope for a sound basis for financing the sustainable development goals of and the post-2015 development agenda.

There could be no development agenda — whether pre- or post-2015 — while organized terrorism continued to claim lives, he continued, emphasizing also that there could be no sustainable development while war continued and peaceful coexistence as well as security remained out of reach. The people of Iraq had suffered tremendously from the horrors of war caused by the “recklessness and follies of the defunct Saddam regime”, he said. Expressing deep concern over the crisis in Syria, he said it posed a threat to Iraq’s security and stability, and to the integrity of its territory and people. Iraq invited the Assembly to support its peace initiative with the aim of allaying concerns that a “small spark” could trigger a large-scale regional war.

Underlining the importance of peaceful solutions to problems between peoples, nations and Governments, he said Iraq had adopted democratic political mechanisms and had an “open-door” foreign policy. A recent national conference on social peace had rejected violence, terrorism and aggression, he said, adding that it had called for tolerance, national reconciliation and cooperation. Iraq had also worked closely with the international community to overcome the effects of sanctions imposed upon the country following the invasion of Kuwait. Security Council resolution 2107 (2013) had terminated the country’s obligations to Kuwait, and having consigned the crises and problems between the two countries to the past, Iraq looked forward to a prosperous future.

He said that, despite his staunch faith in all humanity, he was not precluded from siding with the oppressed, disadvantaged or vulnerable, and was not prevented from expressing solidarity with the Arab and Islamic nation. Among them, the Palestinians still suffered oppression, and it was incumbent on international institutions to stand by a people demanding the realization of their rights and independence. Calling for a Middle East free of nuclear weapons, he also emphasized the need to reform United Nations bodies like the Security Council so they would better reflect the twenty-first century world and be more representative, transparent and responsive.