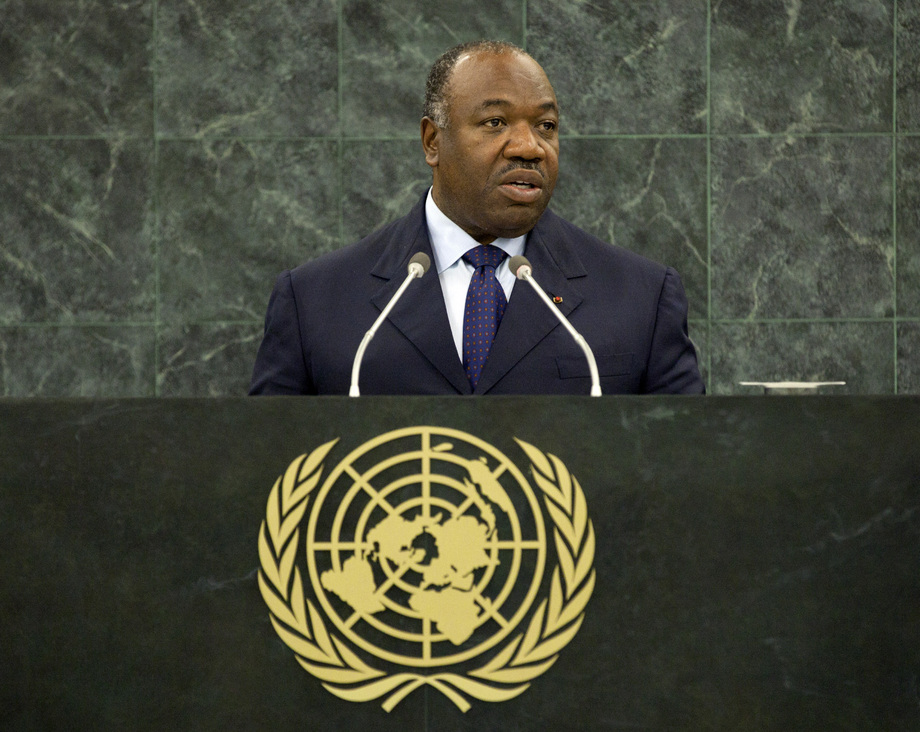 Ali Bongo Ondimba, President of Gabon, said that the fight to end poverty needs to remain the focus of international policies. He noted that the Millennium Development Goals could provide input on what still needs to be achieved. Gabon’s accomplishments in this respect, he said, had been considerable: poverty, child and maternal mortality, HIV/AIDS and malaria had all been drastically reduced. He added that women in Gabon had become more active in political life. However, he said that his country had drawn two lessons from the delay in achieving the Millennium Development Goals: the importance of supporting good governance and the need for further efforts in the fields of education and health. Gabon’s post-2015 development agenda, he said, focused on, among other things, energy, fresh water and sustainable agriculture. When holding the presidency of the Central African Economic and Monetary Community, he had proposed the establishment of a fund destined to promote the training of African youth — Train my Generation — which had been accepted by his counterparts in June. At the Fifth Tokyo International Conference on African Development, he said that he had proposed that African countries be allowed to transform their raw materials before exporting them, which translated into an increase in jobs. When turning to sustainable development, he said that this topic inevitably had to take into consideration the adoption of a binding treaty on global warming. As for transnational crime, he reminded the initiative of his country, along with Germany and other States, to hold a side event on the theme, which was to take place on 26 September. Gabon, he said, was also engaged in the field of human rights, and this was the reason it was seeking the presidency of the Human Rights Council for 2014. Continuing, he mentioned some of the most pressing African crises. He expressed his concern for the situation in the Democratic Republic of the Congo, particularly the fighting in the country’s eastern region, whose highest toll has been paid by women and children. He, therefore, welcomed Security Council resolution 2098 of 28 March 2013 through which the United Nations showed its additional commitment to a settlement of the situation in the Great Lakes region. He similarly commended the action undertaken by the African Union in the Central African Republic through the establishment of a new mission — MISCA — that was to take over the Mission for the Consolidation of Peace in the Central African Republic (MICOPAX). In reference to Western Sahara, he reiterated his country’s support to a courageous Moroccan proposal that could result in a final settlement of the question. “Africa should be able to meet the new threats to peace and security,” but cannot meet all this challenges on its own, he added, as its crises have repercussions for all. He, therefore, encouraged the Organization as a whole to support Africa’s endeavours and to better fulfil its mandate of keeping international peace and security through conflict prevention. The recent use of chemical weapons in Syria was unacceptable, he continued. In regards to Palestine, he welcomed the renewed negotiations between the parties and supported the vision of a two-State solution. He concluded by encouraging the United Nations to continue its cooperation with regional organizations but also to transform itself in order to meet its obligations. Reforms, such as the restructuring of the Security Council, were therefore crucial as it was essential that all Member States fully cooperate in the process of achieving peace through international negotiations. When such diplomatic means fail, the Security Council should take necessary measures, he added.