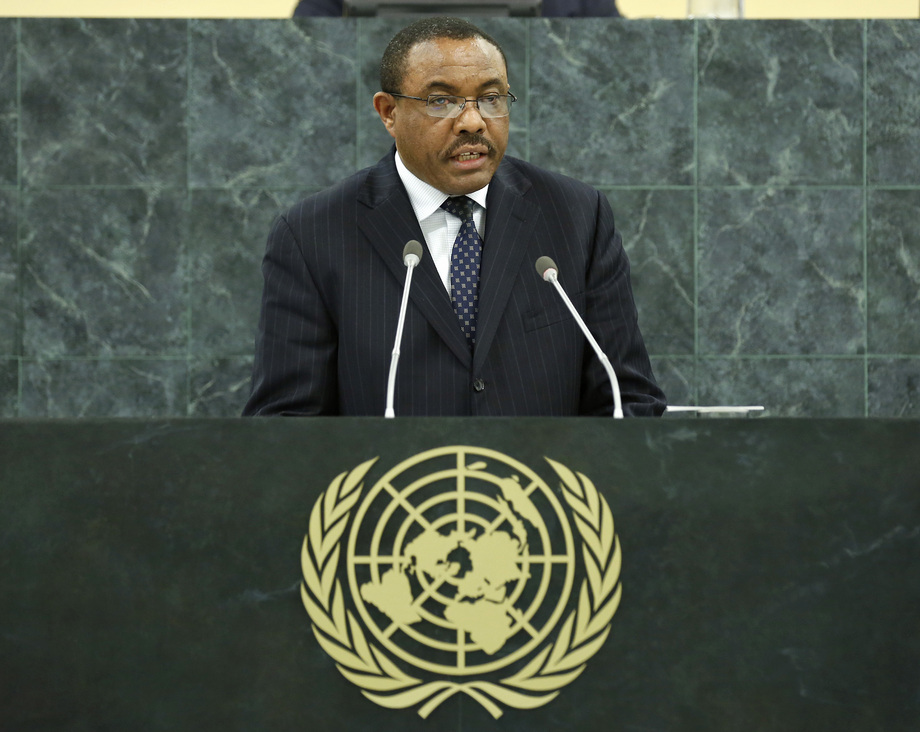 The “stereotypical narrative” of Africa as “a continent afflicted by poverty, diseases and conflicts” had begun to change, he said, and while difficulties remained, Africa had turned a corner in reducing conflict, boosting democracy and fighting poverty. The continent was “certainly on the rise” and African renaissance was possible, with the launch of a 50-year transformation agenda and adoption of the African Union Commission’s Strategic Plan for the 2014-2017 to contribute to realizing that vision. It was opportune that the launch of the transformation agenda coincided with global efforts to develop the post-2015 development agenda. The high-level committee of Heads of State and Government underlined Africa’s commitment to developing a common African position, working to galvanize international support for implementation of the Millennium Development Goals and ensuring reflection of African priorities post-2015.

To ensure food security in Africa, he hoped for a “green revolution”. The African Union’s theme for 2014 would be agriculture and food security and promotion of the Comprehensive African Development Programme, which would allow reinforcement of the continent’s commitment to transforming its agricultural sector. Meanwhile, Africa needed to industrialize to accelerate economic growth, with structural transformation vital to poverty eradication. He called for infrastructure investment, citing two decades of neglect, but also the potential benefits of intra-African trade and regional integration.

Durable peace and security was central to Africa’s attainment of its development aspirations, he said, noting the vast efforts made to address conflict and the “drastic decline” in the number of conflicts over the past decade. The African Union had worked to assist political transitions in Egypt and Tunisia, and he welcomed elections in Mali, along with significant progress made in Somalia. The security and humanitarian situations in the Central African Republic remained worrying, and he called for multifaceted United Nations support for the African-led International Support Mission there. Pointing to increased tension in eastern Democratic Republic of the Congo, he said dialogue was needed to stave off the threat to the Great Lakes region and to the continent as a whole. Sudan and South Sudan were benefiting from the Ad Hoc Investigation Mechanism, which verified allegations made by each side about their support for rival dissident groups. He looked forward to the fruits of regular engagement between the States’ leaders.

There was an “unflinching commitment” in Africa to fighting impunity and promoting democracy, rule of law and good governance, he said, noting its expression in the African Union’s Constitutive Act. Many States had ratified and upheld the Rome Statute, but the way the International Criminal Court had been operating in Africa was causing concern. “Instead of promoting justice and reconciliation and contributing to peace and stability, it has degenerated into a political instrument targeting Africa and Africans,” which, he said, was totally unacceptable. The African Union’s requests for deferral of proceedings against President Omer Hassan A. Al-Bashir of Sudan and in connection with post-election violence in Kenya in 2008 had not been acted upon and the Court’s recent decision in relation to Kenya was “unhelpful”.