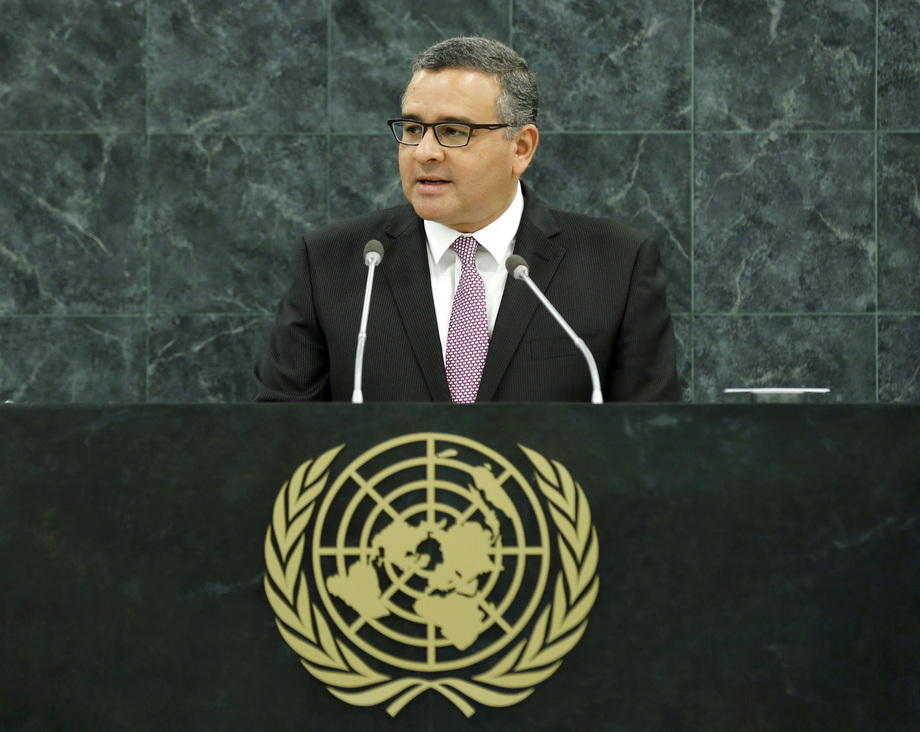 CARLOS MAURICIO FUNES CARTAGENA, President of El Salvador, said the focus on the post-2015 development agenda had set the stage for the Assembly’s discussion. He described the challenges faced in recent years by those countries and regions affected by climate change and the global economic crisis, including El Salvador. He said that since taking office in 2009, his Government had had to deal with the loss of 40,000 jobs, a considerable decrease in exports as well as declining incomes and family remittances. That terrible reality was also the result of decades of injustice and backwardness, not only the economic crisis, he pointed out.

Unlike in the past, El Salvador was now at the service of the underprivileged and had put in place a system of governance based on achieving the Millennium Development Goals. Its policies were therefore intended to eliminate poverty and hunger while boosting education. In 1991, 75 per cent of the population had enjoyed access to primary education, and the rate had increased to 93 per cent in 2012. About 1.3 million children received free shoes, uniforms and school supplies, and almost the entire population was literate.

Much had also been achieved in the health field, he continued. An increase in the numbers of doctors, nurses and health centres had translated into a remarkable decrease in maternal mortality. However, no discussion about health care could take place without reference to basic services like drinking water, he said, pointing out that 72 per cent of the Salvadorian population had enjoyed access to improved water connections in 2011. El Salvador was changing, starting from a shift in economic models to ensure the implementation of policies benefiting farmers with small and medium-sized holdings, and increasing food production. However, the Government was also facing other challenges, including gang violence and drug trafficking.

An entire “chapter” must be devoted to climate change because the Central American region was highly exposed in that respect, he said. In recent years, at least five major climatic phenomena had struck the most vulnerable segment of the country’s population. Another challenge was establishing a just and democratic society respectful of women. El Salvador had developed important initiatives to meet Millennium Development Goal 3 on promoting gender equality and empowering women, including the “City for Women” project, whereby women could receive sexual and reproductive health care. The initiative had become a model of public management, he said, adding that four centres had been already created and two more were under way. A confidential call centre to report gender violence had led to a considerable drop in the killing of women.

The Government had also ensured the payment of reparations to victims of major human rights violations and war veterans, he said. It had also initiated a process of national reconciliation, recognizing atrocities committed in the past. He said that, as Head of State, he had apologized in the name of those who had been “disappeared”, murdered and tortured. A dialogue had been started with organizations representing the victims, and in the next two days a new national reparation policy would be announced. He emphasized that investing in populations that suffered from poverty and exclusion and turning them into the future middle class was the formula for growth that could guarantee access to health services and education.