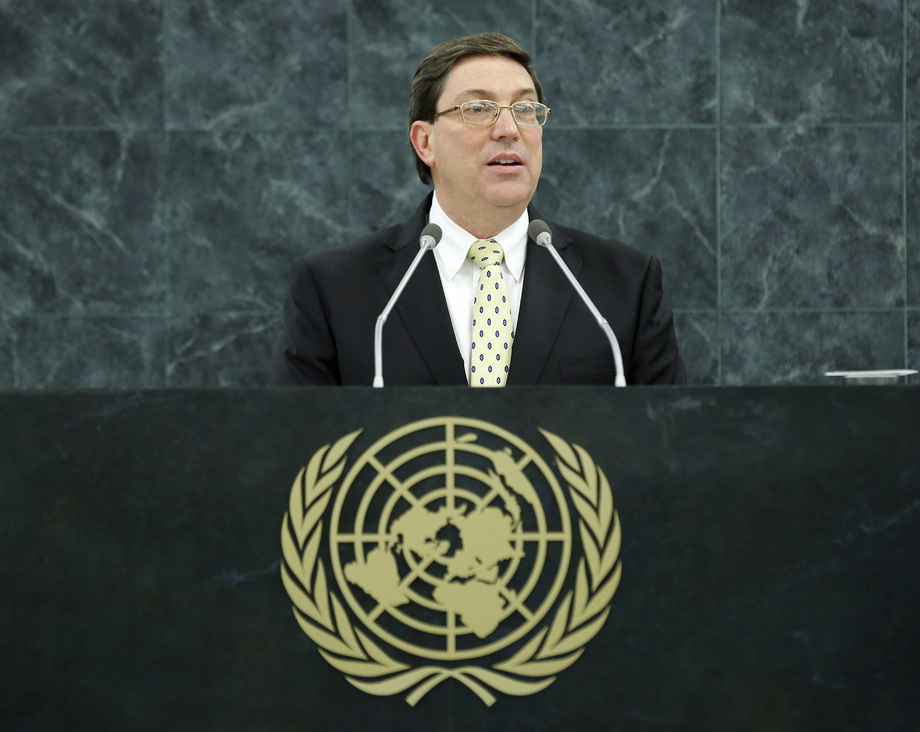 BRUNO RODRÍGUEZ PARRILLA, Minister for Foreign Affairs of Cuba, spoke on behalf of the Community of Latin American and Caribbean States (CELAC), and reaffirmed the region’s commitment to international peace and security, as well as to reinforcing the climate of peace prevailing in Latin America and the Caribbean. The region was also committed to consolidating a zone of peace in the entire region to ensure that differences between nations would be resolved peacefully, through dialogue and negotiation, in conformity with international law. At the recent high-level meeting on nuclear disarmament, CELAC had reiterated its deep concern over the threat to humanity posed by the continued existence of nuclear weapons and their possible use or threat of use. There was an urgent need to advance towards the priority objective of nuclear disarmament and the total elimination of nuclear weapons.

CELAC member countries had also presented, for the first time, a joint initiative at the Human Rights Council on the right to peace, he said, expressing hope that the General Assembly would approve it after it evolved into a declaration. He reiterated CELAC’s strong support for the “legitimate rights of Argentina in its dispute over the sovereignty of the Malvinas Islands”, and the region’s permanent interest in the resumption of negotiations between Argentina and the United Kingdom for a peaceful and final solution to that dispute. CELAC also reiterated its support for the current dialogue between the Colombian Government and the Revolutionary Armed Forces of Colombia, intended to end the internal conflict which had affected that sister nation’s political, social and economic development for more than 50 years.

Turning to the question of terrorism, he declared: “We reiterate our absolute condemnation of terrorism, and reaffirm our commitment to combat it in all its forms and manifestations.” He added: “We strongly reject the unilateral and illegitimate assessments, lists and certifications made by some developed countries which affect countries of the region, in particular those referring to terrorism, drug trafficking and other related measures.” Directly citing Syria in that regard, he reiterated CELAC’s call for peace and the observance of the principles of the United Nations Charter and international law, including international humanitarian law, and demanded the creation of the necessary conditions to move towards a negotiated political solution to the conflict in that country.

On other issues of interest to the region, he denounced “global espionage” against CELAC member countries, saying it was in violation of international law. Regarding reform of the international system, he renewed CELAC’s commitment to multilateralism and comprehensive reform of the United Nations system, and to the democratization of international decision-making, particularly in the Security Council. Finally, he welcomed the formal adoption of the second commitment period of the Kyoto Protocol, despite the lack of political will on the part of several developed nations, which had prevented agreement on predictable financial resources and mechanisms for the effective transfer of technology to developing countries.