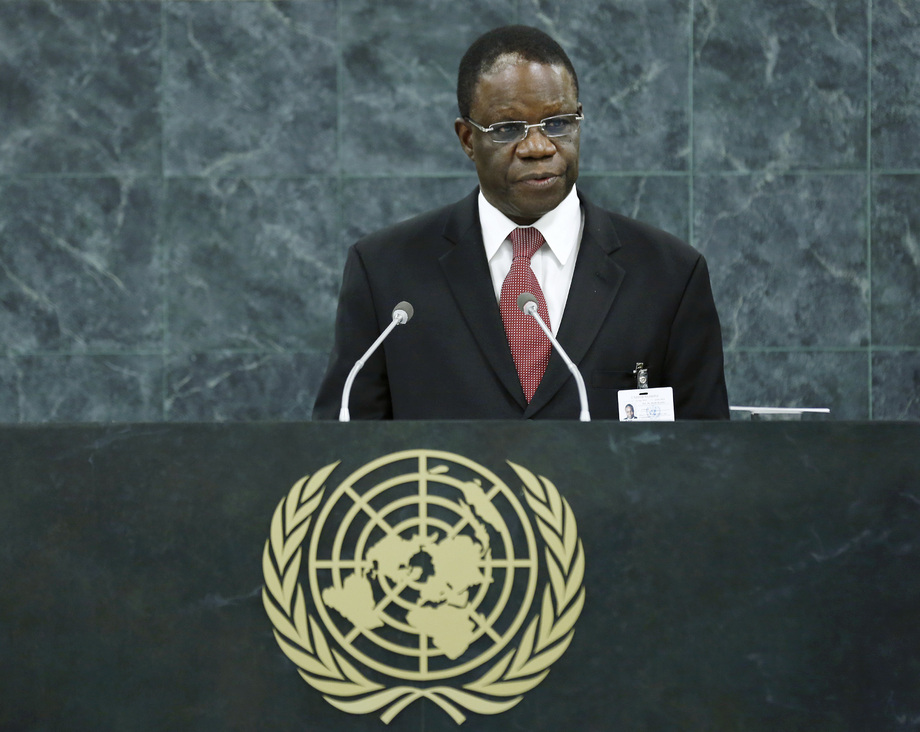 BASILE IKOUEBÉ, Minister for Foreign Affairs and Cooperation of Congo, firmly condemned the terrorist attack in Kenya, saying that the lesson to be drawn from it was the need to avoid creating fertile ground for subversive groups. Congo welcomed the intervention of the Economic Community of Central African States (ECCAS) in the Central African Republic aimed at avoiding such a situation there. Referring to the Arab spring, he reminded the Assembly of his address of two sessions ago, when he had cautioned against the belief that the overthrow of a political regime would immediately confer freedom and democracy.

Strongly condemning the use of chemical weapons in Syria, he welcomed that country’s decision to place its chemical weapons arsenal under international control with a view to their eventual destruction. As for the issue of nuclear weapons, he invited nuclear-weapons States as well as countries in possession of other weapons of mass destruction to implement measures to eliminate their arsenals and proceed towards disarmament.

On the Millennium Development Goals, he said his country had made progress on education and maternal health through initiatives aimed at eliminating school fees, opening school cafeterias and providing free vaccines and antiretroviral drugs. The pursuit of the other Millennium Goals was supported by investment programmes favouring the health-care system, education and professional training, as well as by Congo’s modernization and industrialization efforts. Congo welcomed the consensus on a universal agreement on the REDD+ mechanisms, which would allow each country, on the basis of their respective capacities, to contribute to the fight against deforestation and land degradation, he said.