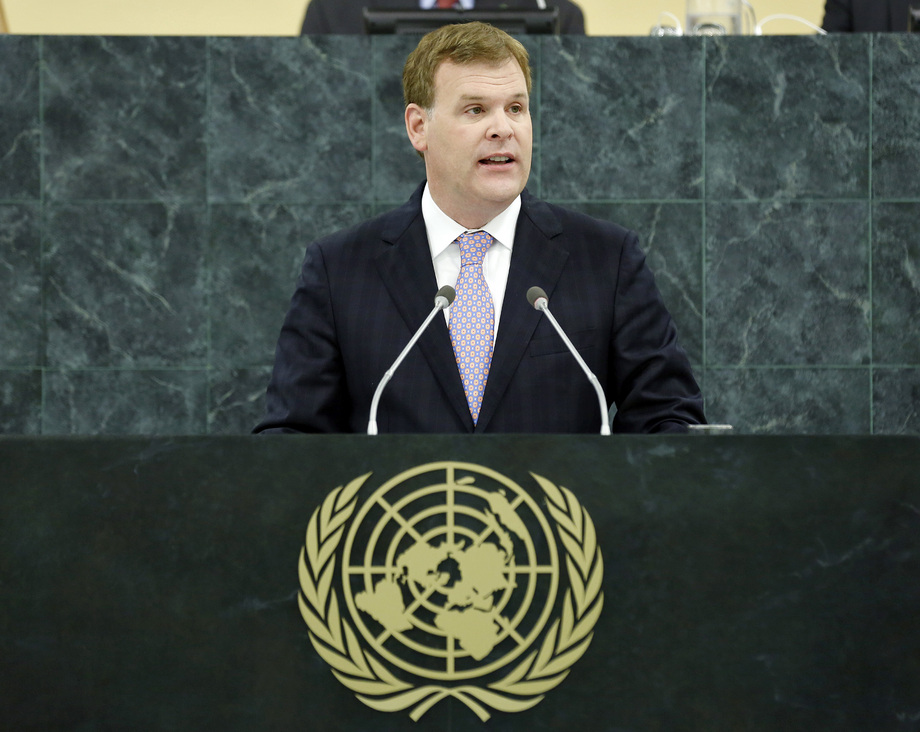 JOHN BAIRD, Minister for Foreign Affairs of Canada, stressed the importance of considering what the United Nations was achieving than how it arranged its affairs. “The billions who are hungry, or lack access to clean water, or are displaced or cannot read and write do not care how many members sit on the Security Council,” he said. The global family would never achieve its potential “unless we address the peace and security concerns that shackle human opportunity”. Rejecting the “pernicious notion that human dignity can be sliced up, compartmentalized or compromised”, he said that in a pluralistic society, it was impossible to protect some human rights and freedoms while infringing upon others. Whatever the issue — religious, freedom, sexual freedom, political freedom or any other freedom — some people asked, “What business is it of ours? What interest do we have in events outside our borders?” He stressed: “Our business is a shared humanity. Our interest is the dignity of humankind.”

Syria remained among “the most urgent crises” on the agenda of the United Nations, he said, condemning the “brutal and illegitimate regime that has unleashed weapons of mass destruction on its own people”. He praised the work of the United Nations World Food Programme and the Office of the United Nations High Commissioner for Refugees for providing assistance to refugees who had fled the conflict, and called for a political resolution resulting in a peaceful, democratic and pluralistic Syria. However, he warned, “let us not confuse a peaceful, negotiated outcome with equivocation or moral uncertainty,” adding, “There can be no moral ambiguity about the use of chemical weapons on civilians.”

He said prosperity could be achieved through free trade among open societies operating under transparent, consistent and fair rules. Canada had been working to deepen its economic relationships, both with Asia and Europe, but “the quest for prosperity must never come at the expenses of our commitment to freedom”, he stressed. Millions of people could not contemplate prosperity until a more basic need had been addressed — the need for security. It was in everyone’s interest to contribute to peaceful solutions to conflict, because peace and security ultimately ensured freedom of the individual, he said. Peace, prosperity and freedom were three universal priorities to remember as the new global agenda took shape.