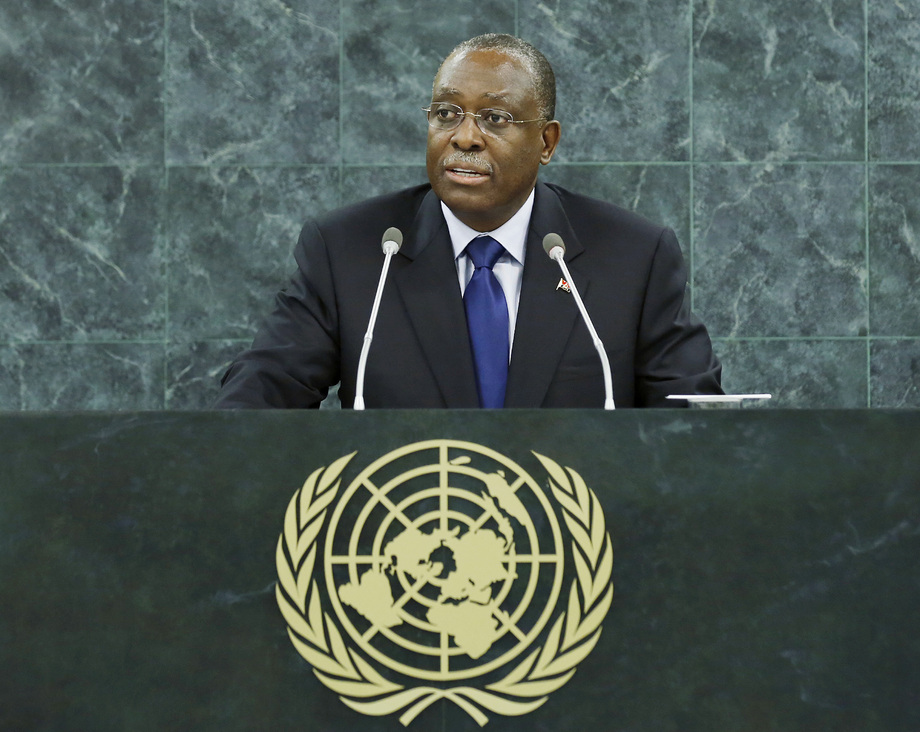 MANUEL DOMINGOS VICENTE, Vice-President of Angola, said that his country continued to contribute actively to peacekeeping efforts, assuming responsibilities at the international level, in particular with regards to Africa. The Framework for Peace, Security and Cooperation in the Democratic Republic of the Congo and the Great Lakes Region, signed in February 2013, was both the most appropriate mechanism for peaceful resolution of the conflict in the eastern part of the country and the best guarantee for stability in the region. He reiterated the call to signatories to respect their commitments and condemned the threats posed to civilian population, particularly in the city of Goma. He reiterated the importance of revitalizing the United Nations, particularly in regards to reform of the Security Council, which should reflect a fair representation of all regions. Expressing concern over violence in Egypt, he called on the transitional authorities to act with moderation and urged the African Union and the international community to continue to work towards a solution. The international community must also act to find a solution to the Syrian conflict, under the mediation of the United Nations and the Arab League. On the Israel and Palestine conflict, he expressed support for mediation efforts undertaken by United States Secretary of State John Kerry. A Palestinian State with the territorial borders drawn in 1967 must coexist peacefully with Israel. He welcomed the normalization of the legal and constitutional framework of some African countries that after periods of instability had successfully held free and fair elections and were now making strides towards building democratic States and the rule of law. He expressed solidarity to the Malian President in his process of reconciliation and reconstruction of that country. He noted that other countries had also engaged in the implementation of agreements aimed at resolving crises, most notably Guinea-Bissau, Madagascar, Somalia, Sudan, and South Sudan. He stated that the international financial crisis had presented difficulties to developing countries on the continent to finance economic growth and mobilize resources to improve the lives of their people. Angola reiterated support for initiatives aimed at the liberalization of international trade in the context of fair and balanced competitiveness. The “Rio+20” Conference on Sustainable Development had provided a sound basis for policy making, and to that end strengthening international support and increasing the financial resources of the United Nations budget were critical. He called for an end to the embargo on Cuba, saying that the measure violated international law. On a national level, Angola was experiencing a dynamic process of reconstruction and development, marked by the consolidation of macroeconomic stability through policy aimed at promoting economic diversification, he said. Having joined the programme of eligible countries to graduate from the least developed countries category, Angola reaffirmed its commitment to implement a programme of diversification of its domestic production, expand employment opportunities, and decrease its dependence on imports of consumer products and oil. Aware of the challenge to fulfil the Millennium Development Goals, the Government continued to develop programmes aimed at reducing existing social inequality and fighting hunger and poverty. He noted that upgrading social infrastructure, including the construction of roads, railways, electricity, and water supply and distribution systems, continued to be a challenge for the Government.