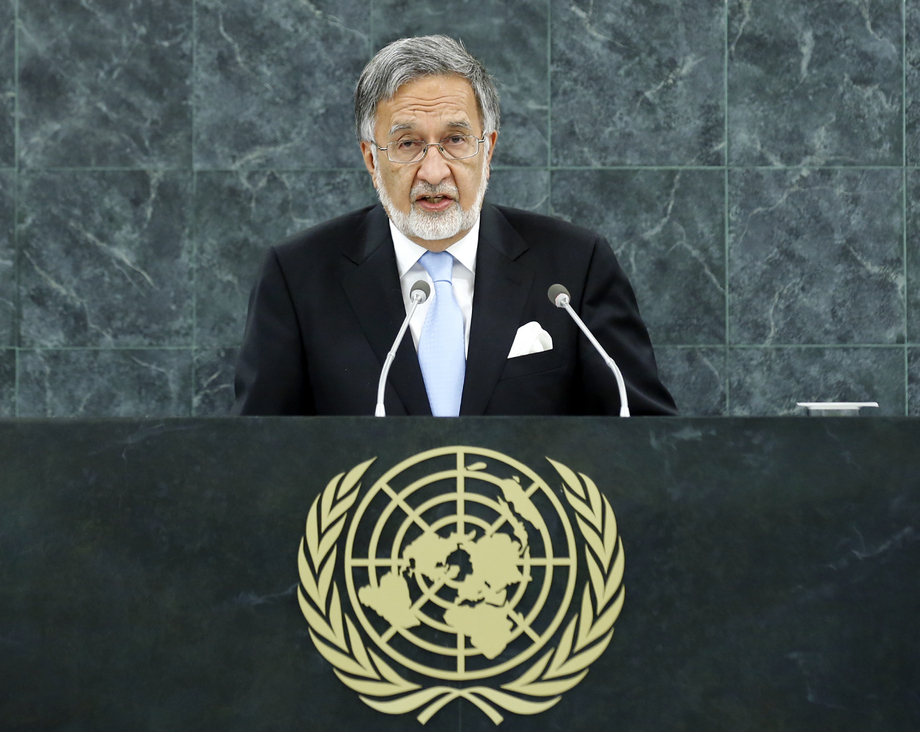 ZALMAI RASSOUL, Foreign Minister of Afghanistan, illustrated the journey that Afghanistan had undertaken in the past twelve years, by painting two contrasting pictures of the reality of Afghanistan in 2001 at the time of the collapse of the Taliban regime, and 2013 as the country went through a historic period and a process of transition. During the little more than two decades leading up to November 2001, the people of Afghanistan had experienced and suffered incalculable pain, deprivation and losses through three distinct periods between the communist coup in 1978 and the subsequent invasion of the country in 1979 and the fall of the communist regime.

During that time, more than 1 million Afghan men, women and children were killed, more than 2 million were made orphans or left with severe war wounds and over 5 million were forced out of their villages and towns into refugee camps in neighbouring countries. The international community was only mobilized to take action against the Taliban regime in the wake of the 9/11 terrorist attacks in the United States. Today, Afghanistan was a forward-looking young democracy with functioning State institutions, an elected president, an elected parliament and elected provincial councils in each of the 34 provinces, backed up by a powerful civil society movement, he stated. Additionally, the country’s per capita income had increased from $100 a year to over $600 a year, the national currency had been consistently stable, and trade ties with the outside world were rapidly expanding. “ Afghanistan today is a proud and active member of the international community while managing our ever-expanding relations and cooperation with countries and organizations around the world through a network of some 70 diplomatic and consular missions”, he said.

In the security area, he said the transfer of security responsibilities from international forces to Afghan national security forces would be complete by the end of 2014. He expressed confidence that with the continued financial assistance of the international community for equipment and other requirements, Afghan national forces would be able to provide security to the Afghan people and defend the country against external threats. Parallel to ongoing efforts to enhance the capacity and capabilities of its national security forces, the Government was pursuing a political process of peace and reconciliation with the Taliban. In that regard, he said that Pakistan and other countries in the region could play a key role in supporting his country’s peace efforts. Continuing, Mr. Rassoul observed that as far as the economic component of the transition was concerned, the presence of a large international military force over the past ten years had generated employment and income opportunities for thousands of citizens. He stated that his Government was keen to reduce the negative economic impact of international military withdrawal and to strengthen its national economy by focusing on the development of the agriculture and agribusiness sector; promoting the investment of foreign and domestic companies in the country’s natural resources; and by utilizing over $16 billion pledged at the Tokyo conference last July to help his Government fill its projected fiscal gap through 2015. He added that as the country moved forward in implementing the transition agenda and preparing for the “Transformation Decade”, another key factor of its long-term success would be the strategic partnerships it had forged with its allies, including India, the United States, Germany, Australia, France, the United Kingdom, Italy, Norway, Finland, Denmark, Poland, the European Union, Turkey and the United Arab Emirates.