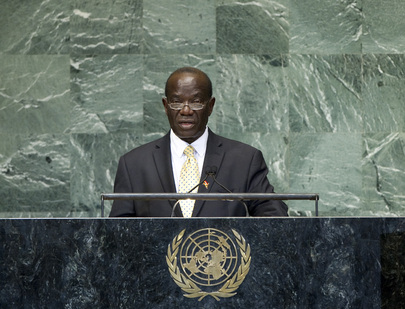 EDWARD KIWANUKA SSEKANDI, Vice-President of Uganda, said that when national actors failed to resolve problems, the subregional organizations should step in. In the case of Africa, those bodies included the East African Community, the Intergovernmental Authority on Development (IGAD), the International Conference on the Great Lakes Region, SADC, and ECOWAS, among others. The United Nations and the international community should then provide the necessary support to subregional and regional initiatives. Recent achievements in the Burundi, Sudan-South Sudan, and Somalia peace processes attested to the progress achievable by working together.

There was no doubt that resolving conflicts required identifying and addressing their underlying causes, which included social, political and economic factors that were often deeply entrenched and interwoven, he continued. In seeking to resolve any conflict, national, regional and international actors must adopt approaches that kept such complexities in mind. First, it was important to address the substantive issues giving rise to conflict in the first place, such as lack of access to or equitable distribution of resources, social or political exclusion and other grievances. The linkage between development and security in peacebuilding was now widely recognized, and once conflicts were resolved, the affected communities needed peace dividends in terms of delivery of basic services such as health and education, as well as employment opportunities.

Secondly, efforts should be made to defuse the fear, hatred and other negative emotions that made conflicts intractable and often violent. “We must collectively speak out against intolerance and extremism in order to advance mutual respect and understanding of the values and beliefs of others,” he said. Uganda condemned all acts of terrorism and violence, including the recent incident targeting diplomatic missions of the United States and other Member States. Third, political leaders and all actors needed to forge national reconciliation, including through transitional-justice mechanisms, in addition to establishing truth and reconciliation mechanisms that could play a key role in promoting durable peace. He also stressed the need to increase the role of women and youth in the peaceful settlement of disputes, given the significant contribution they could make. On the Israeli-Palestinian question, he said Uganda continued to call upon both parties to negotiate a peaceful settlement based on a two-State solution.