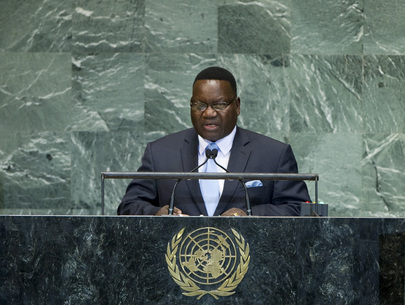 His Government had promoted democratic practices and improved public affairs management, he said. It had shown its commitment to human rights by fully acceding to regional and international human rights instruments. The Constitution adopted in December 2004 enshrined the principles of good governance, the rule of law and respect for human rights, while broadening the scope of individual and collective liberties. The Government had also harmonized domestic legislation in line with international conventions, and it was implementing the African Charter of the Rights of Man and People. Efforts were under way to protect and promote the rights of vulnerable groups, notably women, children and minorities, through social protection policies. In February 2005, the Government published rules on press freedom that replaced prison terms with fines for any legal violations committed by the press. To avoid post-electoral political crises, the Electoral Code was being reviewed to correct dysfunctional elements in electoral campaigns.

He stressed the importance of multilateralism and lamented that double standards were applied in the disarmament realm, with some nuclear Powers engaged in discriminatory practices. The fight against terrorism and human rights violations could not be waged selectively. Climate change and pressing concerns such as drought and food insecurity required urgent action. The United Nations needed a greater leadership role in global governance and in devising lasting solutions to crises that had human rights repercussions. He supported United Nations reform to ensure the Organization had more authority and capacity to address new global threats and challenges. He called for revitalizing the Assembly and reforming the Council in a way that would honour the legitimate aspirations of developing countries, particularly in Africa.

He stressed the need for greater resources to address post-conflict situations. He welcomed the African Union’s launching last July of an African solidarity mechanism to support post-conflict reconstruction in Africa, and thus prevent an upsurge in violence and ensure lasting peacebuilding. As a post-conflict country, the Central African Republic understood the importance of an instrument to settle conflicts, and, prioritizing mediation in its action plan, had set up a national mediation council. It was considering going a step further and establishing a civilian entity of mediators to restore peace among warring groups. There could be no rule of law without defence of rights or liberties, including religious rights and freedoms. He expressed regret over the recent attacks on the United States diplomatic mission in Benghazi.