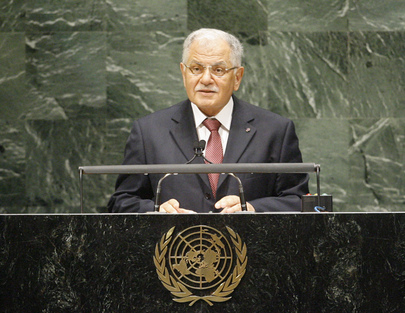 KAMEL MORJANE, Minister for Foreign Affairs of Tunisia, said that his country attached great importance to issues relating to gender equality and women’s empowerment. Women had a strategic role to play in the country’s development and were considered partners in setting all national goals. The country strongly believed that democracy could not grow without women’s active involvement in public life. That conviction stemmed from the country’s vision of human rights. The high status enjoyed by women in Tunisia was reflected in the data and indicators on human development and women’s involvement in all fields. Women currently represented 30 per cent of the country’s working population and held 30 per cent of its decision-making and management positions. They also represented 33 per cent of the judicial corps and 42 per cent of the medical corps. In higher education, they accounted for 60 per cent of the students.

He said it had been a source of pride for Tunisia to have been ranked first internationally in terms of fighting violence against women and guaranteeing women’s right to free movement and property ownership. The country was also ranked first in the Arab world in terms of offering women opportunities for economic participation and first in Africa in terms of women’s per capita income. Since November 1987, Tunisia had adopted a comprehensive and balanced development policy that took into account the strong linkages between the economic and social dimensions, he continued. That policy reconciled the requirements of an economy based on the principles of profitability and efficiency, with the need for an equitable social policy in which there was no room for exclusion and marginalization. In that way, it guaranteed a decent life for all citizens.

Tunisia attached great importance to its youth as the pillar of the present and the builder of the future, by regularly organizing national youth consultations aimed at exploring the concerns, expectations and views of young people, he said. The results of those consultations were taken into consideration when preparing development plans. Tunisia had proclaimed 2008 the Year of Comprehensive Dialogue with Youth. That event, in which enormous numbers of youths had participated, had been crowned by the adoption of a Youth Pact, signed by all concerned national organizations and the elite of Tunisian youth. Keen to bring that policy to the international level, Tunisia had launched an initiative at the General Assembly for 2010 to be proclaimed the International Youth Year. The aim was to consolidate the position of youth in all societies as they were at the forefront of the forces of progress embracing noble universal values. Tunisia was proud of the unanimous support of Member States for the initiative’s adoption by the General Assembly at its last session.

He was deeply concerned about the situation in the Middle East, resulting from Israel’s disrespect for international law and for the basic reference points of the peace process. Israel persisted in its policy of settlement and its attempts to obliterate the Arab-Muslim identity of the city of Al-Quds Al-Sharif. He hoped that the resumption of direct peace talks, launched on 2 September, in Washington, D.C., would meet the legitimate aspirations of the Palestinian people. Influential parties, particularly the diplomatic Quartet, should act to get Israel to adhere to the requirements for peace, on the basis of international law, the terms of reference of the peace process and the Arab Peace initiative, and in accordance with a specific time schedule covering all the main points. Israel should also end its occupation of the Syrian Golan and the remaining occupied Lebanese territories, in accordance with international law.

He urged adoption of an efficient global policy for the protection of the environment, in order to spare humanity the adverse consequences of climate change. He underlined the need to accelerate the pace of international talks on climate, change while also giving priority to human interest over economic benefits.