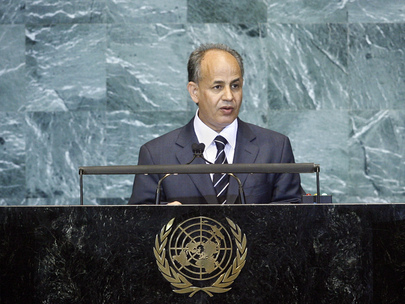 MOULAYE OULD MOHAMED LAGHDAF, Prime Minister of Mauritania, said that his country had taken a significant step forward and the new era called for “serious work” to improve the living conditions of its people, strengthen democracy, and build a State based on justice, equality and the values of the Republic.  “In the new era, there isn’t any political prisoner in Mauritania,” he said, adding that the pluralistic Parliament would play a full role in legislation and Government control, and the press would exercise freedom without restriction.

In that regard, the Government would implement ambitious development policies to eliminate corruption, utilize resources in a responsible and transparent manner, impose respect of law and prestige of the country, disseminate social peace, provide basic services and construct essential infrastructures needed for the development of the country.  Confidence in that policy had earned Mauritania a financial pledge by the international community of $3.2 billion over three years.

Continuing, he said progress was under way to build roads, health and educational facilities, and projects aimed to empower women and youth, and improve conditions for the poor.  On another important issue, he said Mauritania faced dangers of terrorism and cross-border organized crime.  Terrorism was a global issue and, therefore, it was unacceptable to confuse Islam with the problem.  Combating terrorism required strengthening social justice, integrating young people into society and creating hope for them so that they did not become easy targets for recruitment by terrorist and extremist organizations.

As for regional concerns, he said the failure to establish a United Maghreb, would reflect negatively on the future of that vital area.  A quick solution to the Sahara issue would accelerate the pace of integration, and enable the Union to be an effective regional partner.  In that regard, Mauritania supported efforts to reform the Security Council, and called for permanent representation of Africa and the Arab world.  The Arab-Israeli conflict remained a source of tension, and he called for a lift of the “unjust” siege on Gaza City.  Mauritania hoped the direct negotiations between the two sides realized tangible results in an acceptable time frame.