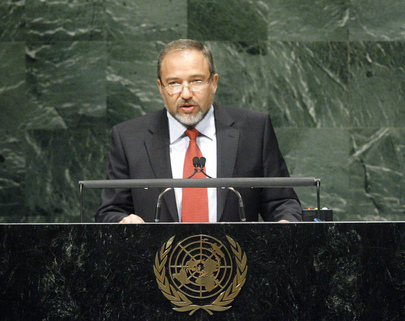 AVIGDOR LIBERMAN, Deputy Prime Minister and Minister for Foreign Affairs of Israel, said that his country was facing many pressures, which made his work as Foreign Minister difficult. On the other hand, it was also easier than before, because the country had a stable coalition, a stable Government and the support of the majority of its citizens. Israel was ready for a fair solution and to cooperate with the international community. “However, we are not ready to compromise our national security or the vital interests of the State of Israel.” Despite the impression given in the international media, Israel was not divided; everyone wanted peace and stability. Rather, the controversy in Israel centred on the specific question of how to achieve peace, and how to reach security and stability in the region.

Despite the efforts of good people with the best of intentions, such as Yitzhak Rabin, Shimon Peres, Benjamin Netanyahu, Ehud Barak, Ariel Sharon and Ehud Olmert, despite the Camp David and Annapolis summits, there was still deadlock, he said. In fact, contrary to the prevalent view, the Israeli-Palestinian conflict was not at the heart of instability in the Middle East. Further, neither the so-called “occupation” nor the settlements in Judea and Samaria, and settlers themselves were at the root of the problem. Peace agreements had been concluded with Egypt and Jordan despite the settlements; on the other hand, flourishing settlements had been evacuated in Gush Katif and more than 10,000 Jews transferred, yet Hamas was in power and thousands of missiles deployed. It was also misguided and irresponsible to claim that the Palestinian issue prevented a determined international front against Iran. That flawed argument was akin to saying that the Palestinian issue prevented action on North Korea or piracy in Somalia. Just as the Khomeini Revolution had nothing to do with the Palestinians, so, too, was the Iranian decision to develop nuclear weapons unrelated to them. The connection between Iran and the Israeli-Palestinian conflict was precisely the reverse: Iran could exist without Hamas, Islamic Jihad and Hizbullah, but terrorist organizations could not exist without Iran. “Relying on these proxies, Iran can, at any given time, foil any agreement between Israel and the Palestinians or with Lebanon.” Therefore, in searching for a durable agreement with the Palestinians, one that would address the true roots of the conflict and endure for many years, the Iranian issue had to be resolved.

There was an utter lack of confidence over issues such as Jerusalem, recognition of Israel as the nation-State of the Jewish People, and refugees, he said. Under such conditions, a focus needed to be placed on coming up with a long-term intermediate agreement, something that could take a few decades, so as to raise an entire new generation that would have mutual trust and not be influenced by incitement and extremist messages. As was true everywhere, where there have been two nations, two religions and two languages with competing land claims, there has been friction and conflict; on the other hand, where effective separation had been achieved, conflict had been avoided, reduced or resolved. Thus, the guiding principle for a final status agreement must not be land-for-peace, but exchange of populated territory. That was not about moving people, but about moving borders to better reflect demographic realities. That a mismatch between borders and nationalities was a recipe for conflict was a virtual truism in the academic community. “Right-sizing the State” was the term coined to capture the idea that States must be in balance to ensure peace. That was not a controversial political policy. It was an empirical truth.

Beyond empirical truth, there was historical truth, he said. The Jewish people had an unbreakable bond to its homeland. “ Israel is not only where we are. It is who we are,” he said. He referred to a quotation by the Jewish prophet Isaiah to be found outside the Headquarters of the United Nations that begins “They shall beat their swords into ploughshares…”, and hoped that the deep wisdom of those words would guide two peoples in two nation-States to live in peace and security.