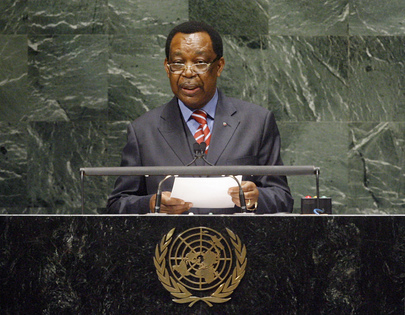 PASTOR MICHA ONDO BILE, Minister for Foreign Affairs and International Cooperation and Francophonie of Equatorial Guinea, said his country was taking part in the Assembly’s session with “high optimism” for a progressive solution to problems facing humanity and, in particular, Africa. The 1990s had seen various initiatives to encourage sustainable development, promoted through conferences and world summits whose results were being evaluated, as seen in the recent review of the Millennium Development Goals. There was no point in taking the same actions and expecting different results. The Secretary-General’s report showed that the number of hungry people had increased and that the environment had been degraded. Terrorism, organized and cross-border crime and piracy had contributed to the acute economic crisis which continued to affect the international community. All of those challenges pointed to the need for greater awareness, as well as coordinated international action.

He said the international community needed to concentrate its efforts, energy and resources towards the promotion and maintenance of peace and security in the world, which would result in a healthier environment. Also, there was need for active cooperation and greater efforts in working to eliminate nuclear weapons and in the fight against terrorism and international organized crime. To that end, he pledged his country’s commitment to working side by side with the rest of the international community in promoting a sense of participation among nations and a world where the reform of the Security Council allowed for better decision-making, which reflected the will and interests of each country and region of the world regardless of their size.

Continuing, he called for the immediate implementation without further delay of the awarding of the International UNESCO-Obiang Nguema Mbasogo Prize for the investigation of life sciences in accordance with decision 180 EX/57, which had been adopted unanimously by all members of the UNESCO Executive Council in October 2008. The Prize had been created following a proposal by Equatorial Guinea to the UNESCO General Conference, but was “still being blocked simply for being the initiative of an African leader”, he said.