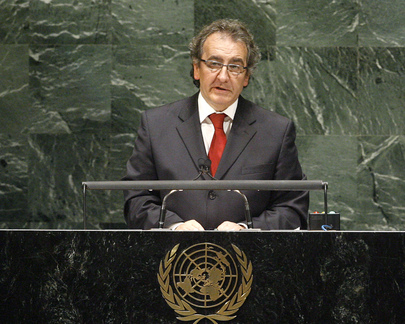 JAUME BARTUMEU CASSANY, Head of Government of Andorra, stated the United Nations was the forum representing a prime source of hope for countries and individuals. Citizens had greater capacity to alert, motivate and drive forward political leaders, but the world faced great evils. Resulting from that presently were the food and economic crises, which had compounded the situation of the most vulnerable. Andorra had committed to cutting in half by 2015 the number of individuals suffering from hunger and malnutrition, delivering on Millennium Development Goal 1. Climate change was apparent in the natural disasters that had taken place in Haiti and Pakistan, showing how devastating it could be in jeopardizing the poorest nations. Andorra was undertaking several activities aimed at combating climate change.

Nations should rethink financial systems to be more sound and ethical, he urged. World leaders could surely agree on what populations and territories needed. Andorra’s commitment to recommendations made by the Organization for Economic Co-operation and Development (OECD), expressed during the G-20 Toronto meeting, had served to boost confidence in his country’s financial sector. In addition, Andorra was undertaking efforts to address tax fraud and reduce the use of financial derivatives.

He underscored the value of tolerance and the need to work together to protect international peace and security. Andorra did not have an army, yet the nation had lived in peace for more than 70 years. To show its commitment to disarmament, it would ratify the Convention on Cluster Ammunitions. Human rights protection was a founding principle of the United Nations, and he stressed the importance of the Human Rights Council in that regard. Next November, Andorra would be subjected to the Human Rights Council’s periodic review. In addition, his country, on the occasion of the twentieth anniversary of the Convention on the Rights of the Child, would engage with its National of Andorra for United Nations Children’s Fund (UNICEF) to raise awareness of that important text.

Among the country’s other areas of focus, it was prioritizing violence against women and advancing new gender priorities, he said, adding that Andorra recognized the role of women in development as essential for widespread, economically sustainable development. Unfortunately, progress was still lacking in that regard.

He added that the widespread economic crisis was also cultural in nature. It was important to remember cultural diversity, as well as knowledge and respect of cultures. In response to natural disasters, Andorra, in accordance with its national budget, had always stepped up with voluntary, or extraordinary, contributions, as needed.