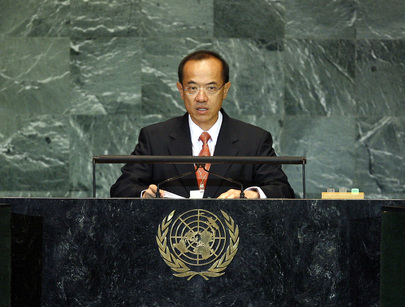 GEORGE YEO, Minister for Foreign Affairs of Singapore, said the global financial system had gone into seizure as the Assembly met last year.  The situation looked less bleak today.  Yet, even with the signs of a recovery, it would be a mistake to think the global economic crisis would end soon.  The turmoil emanated from excesses and imbalances that must be corrected.  Without major restructuring of regulatory systems and institutions, those imbalances would only get worse.  While the excesses in the financial sector triggered the crisis, the deeper underlying cause was the global imbalance between the producers and consumers and between savings and consumption.
Rebalancing the global economy was both an economic and political exercise. The rise of Asia was altering the global power structure and nothing revealed that change more than the complex relationship between the United States and China. China, with its reserves of more than $2 trillion, was heavily invested in the United States dollar, making it a major stakeholder in the United States economy. Yet it would be a multipolar world as Europe and Japan remained heavyweights and India, Russia, Brazil and others became more major players, he said.  Such a world meant more effective global governance across many sectors, from human rights to international financial regulation to efforts to combat pandemics, climate change and terrorism.
Turning to world trade, he said that, with effective political leadership, the World Trade Organization could still function well.  Once that leadership was supplied, the Doha trade Round could be concluded within the next few years.  Yet it was a dangerous period as domestic politics in many countries favoured greater protectionism.  The economic crisis was a major challenge to global governance and he welcomed the pledge made recently by the G-20 leaders in Pittsburgh to adopt policies for a “strong, sustained and balanced” growth.  If the largest economies did not follow through, the current respite could lead to a larger economic crisis that could possibly involve the foreign exchange markets.
Though not ideal, the G-20 process was presently the most important driver of change.  The United Nations was too intricate and lacked the structure to deal with issues such as a major financial crisis.  The old G-8 had lacked representation and the “G-8 Plus” was unacceptable because it put the additional participants at a disadvantage, he said.  The IMF was never designed to tackle a crisis of such a scale and it, along with the World Bank, needed reform -- a major subject on the G-20 agenda.
Since most Members of the United Nations were not in the G-20, it was important for them to have a say in the role the G-20 would play as an agent of change in global governance.  United Nations Member States should support the G-20 process in a way that ensured their own interests, as small States would then be taken into account.  The formal establishment of the G-20 as a new international institution last week nevertheless marked a new beginning, he said.