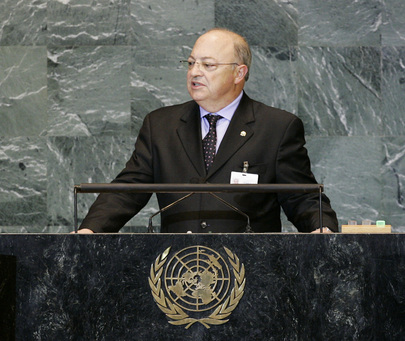 XAVIER ESPOT MIRÓ, Minister for Foreign Affairs and Institutional Relations of Andorra, said that his country, which shared domestic and international principles with Europe, wished to be recognized in the legal and economic fields, and not only for cultural and historical reasons.  On 7 September, the Parliament had approved a law for the exchange of information on fiscal matters, which should dispel doubts about Andorra’s loyalty.  He was confident that a new era would unite his principality with Europe and the world by strengthening its international ties.  Over the past four years, Andorra had been affected by the global economic crisis and a domestic structural crisis, which it had had to resolve single-handedly.  Expressing his country’s desire to stimulate international ties and instil confidence, he reassured States that Andorra was fulfilling its duties.

Since exchanging fiscal information would lead to double taxation agreements, Andorra would tighten pre-existing loose relations with certain countries.  He said that tax havens and non-transparent fiscal systems were “two major financial evils of the twentieth century”, something all Andorrans wished to overcome.  Therefore, he proposed tax reforms and said Andorra would assure Europe and the world that it wanted to maintain transparent and responsible relations with them.  Only then would international companies consider investing in the country, he added.

He hoped there would be no doubts on the desire of his Government to face the economic issues that had been at the centre of international debates these past months, he said.  The international economic system must undergo “immediate, rigorous and credible” reforms, with a reformed United Nations alongside transparent international organization-led initiatives.

Turning to climate change, he described it as “one of the most serious challenges humanity faces”.  He was hopeful that talks in Copenhagen would make it possible to adopt a new “equitable, efficient and ambitious” climate agreement, one that involved young people for positive results.  Speaking of new health care challenges, he said his country and the World Health Organization (WHO) had agreed to offer swine flu vaccinations, signalling fruitful cooperation with an international body.  He pressed for responsible cooperation among all nations to protect people against genocide, war crimes and ethnic cleansing, among other threats.