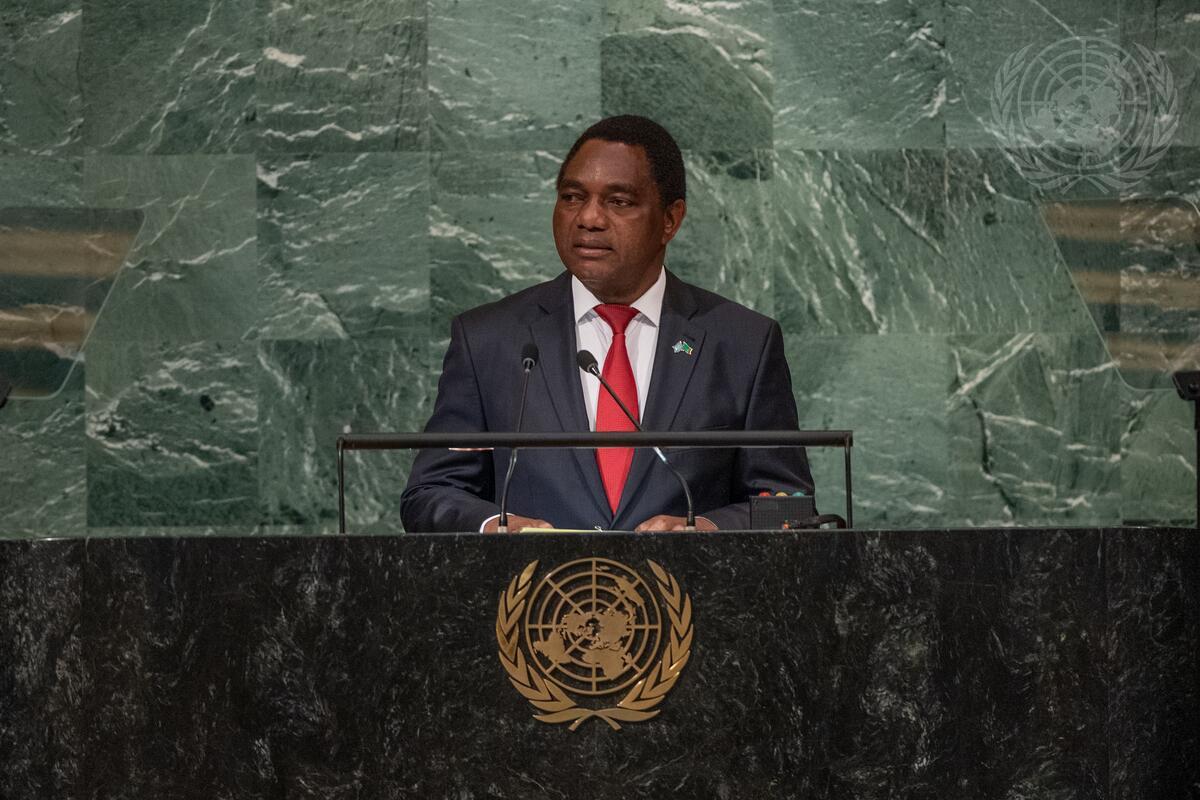 HAKAINDE HICHILEMA, President of Zambia, stressed that the current challenges that the world faces, including the pandemic, climate change, the war in Ukraine and its effects on supply chains, food insecurity, high commodity and energy prices, as well as the overall high cost of living, have cast a dark shadow over the attainment of the Sustainable Development Goals.  In this context, his country welcomed the Secretary-General’s Our Common Agenda report, while also endorsing the call to convene the “Summit of the Future”.  He called for the attainment of a “Pact for the Future” that underwrites a new form of multilateralism — where major challenges are faced together in solidarity, within a context of a rules-based international order.

Turning to the pandemic, he called for the establishment of an international public health regime that will be “devoid of hoarding vaccines and related technologies to guarantee rapid deployment of supplies from a global reserve”.  Expressing concern over the re-emergence of polio, he outlined his country’s participation in supplementary immunization activities along with other nations in Africa.  While stressing that the fight against cholera must continue, he also emphasized the need to remain alert to possible outbreaks of monkeypox, Ebola virus disease and other threats.

On the economy, he noted that, despite the external environment, his country’s recovery is on track with its GDP growth expected to surpass 3 per cent within one year of his taking office.  To achieve the Sustainable Development Goals, he urged countries that are off-track to renew commitments towards eradicating poverty, tackling “energy poverty” and supporting debt restructuring and enhanced concessional finance.  He also noted that Zambia reached in principle an agreement with creditors to restructure its national debt and has reached a deal with the International Monetary Fund (IMF) based on its economic transformation plan.

Regarding climate change, he outlined that one half of his country experienced total crop failure due to extreme drought, while the other experienced floods during the same season.  He called for enhanced efforts in addressing climate change, which should include increased financial support for countries with limited resources to mitigate and adapt to its effects and impact.  Turning to gender equality, noting that women’s empowerment and poverty alleviation are positively correlated, he stressed the need to dedicate efforts to ensure that gender disparities are curtailed.  He went on to inform the Assembly that Zambia, Canada and other partners held an event earlier today to galvanize support and renew commitment towards this issue.

Expressing concern over the war in Ukraine, he added that “a few months of war can erase decades of progress”.  He urged all parties involved to pursue diplomatic solutions to the conflict.  Noting that global ambitions towards peace and security largely depend on the effectiveness of the Security Council, he continued to state that the “inadequacies” of its current structure have become increasingly pronounced with “ceding of decision-making on matters of global peace and security to the General Assembly, that otherwise would have been its preserve”.  He stressed the need for the “long-overdue” reform of the Security Council.