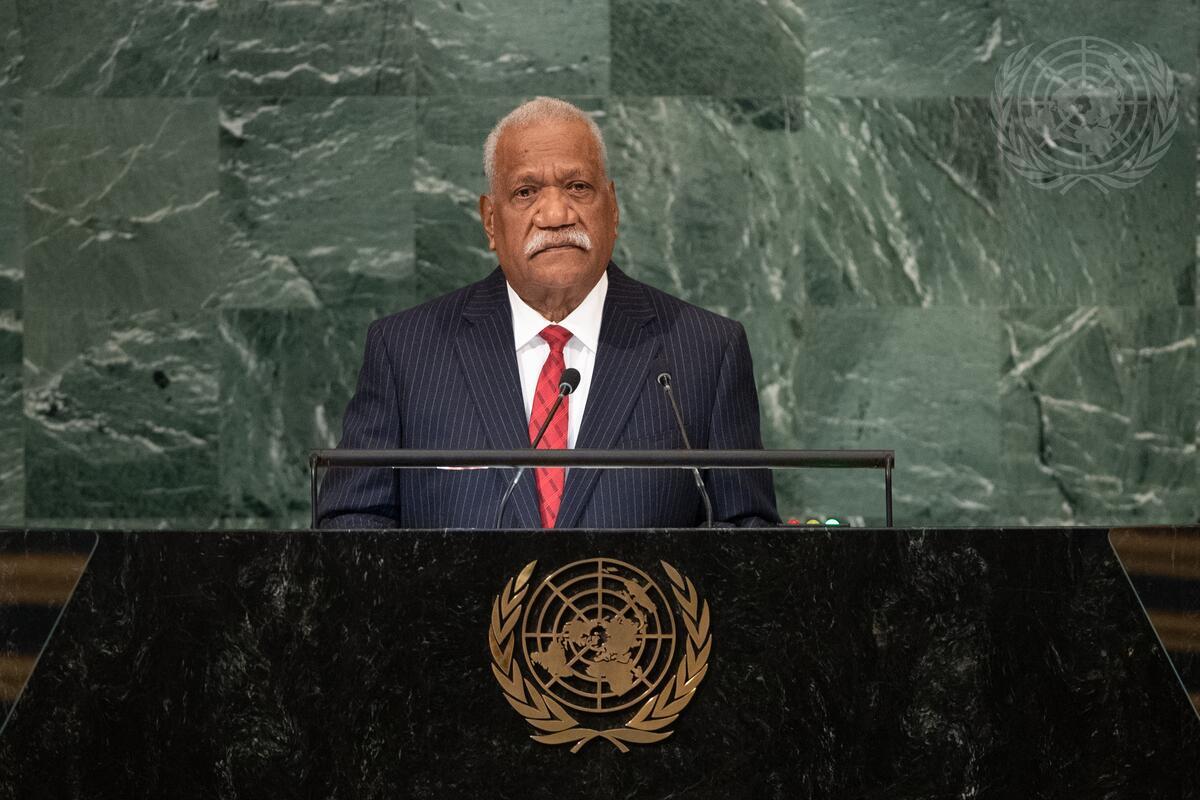 NIKENIKE VUROBARAVU, President of Vanuatu, said that as the world recovers from the pandemic, it faces a profusion of mounting challenges, such as rising debt levels and looming inflation caused by supply chain disruptions and the rise of fuel and food prices resulting from the Russian Federation-Ukraine crisis.  These challenges are supplemented by existential climate crises that require more ambitious action.  “The time is up — action is required now,” he stated, adding that the nations of the Blue Pacific continent are leading a global initiative to bring climate change to the International Court of Justice.  “We believe that legal clarity from the world’s highest court will help to spur even greater climate action and strengthen the Paris Agreement,” he said.  As the leaders of the Pacific islands community continue to demonstrate higher levels of climate ambition and collective action, he called on all States to join the group of nations that propose to include the crime of ecocide in the Rome Statute.  “The future of tomorrow — we are the guardians of that future,” he said.  He further called for the development of a fossil fuel non-proliferation treaty to phase down coal, oil and gas production in line with the goal of limiting warming to no more than 1.5°C.  “It is critical that the States must revise and enhance their nationally determined contributions to the Paris Agreement, as Vanuatu has completed last month,” he said.

Recognizing that nuclear risk is increasing because of the ongoing war in Ukraine and the other geopolitical tensions rapidly evolving, he underscored that lack of consensus on the Non-Proliferation Treaty Review makes it difficult to achieve nuclear disarmament.  “This division reveals that the Non-Proliferation Treaty as a central pillar of international rules-based order is not seen as a priority by certain nuclear Powers,” he said.

He noted that, like most countries in the world, Vanuatu was affected by the pandemic, which triggered a decline in its economic activity and severely affected the livelihoods of its people.  He underscored that labour mobility programmes supported by Australia and New Zealand helped to keep his country’s economy afloat.  Having accumulated budget surpluses over the years, the Government managed to implement several stimulus packages and provide financial support to the business sector to avert economic decline and social hardships.

On lessons learned during the pandemic, he underscored the importance of prioritizing digital inclusion.  He noted that during the pandemic, many students in Vanuatu and other developing countries had difficulties accessing online education due to a lack of connectivity.  “This is why I believe digitalization requires a concerted global response and action,” he said.  As Vanuatu is gradually recovering from COVID‑19 and Tropical Cyclone Harold, its economic growth is expected to constitute 3 per cent in 2022.  However, the recovery remains undermined by growing inflation caused by soaring fuel and food prices and climate change.  He underscored that fragile economic recovery is common for most small island developing States and developing countries, and called for complementary international support on this path.  “One way to do this is to ensure that small island developing States can have access to concessional financing,” he said.

Referring to the 2050 Strategy for the Blue Pacific continent, he stated that the document sets out a long-term vision for the region and describes its aspirations.  “At this juncture,” he said, “one issue that remains gratuitously complex since the birth of our nation is the unjustifiable and continuous colonial claim over our traditional sovereign waters.”  He stressed that the rights of indigenous people and their entire territorial waters within the region must be regained to enable solutions to numerous ever-rising complexities. He also recalled that his country still faces a major security and political issue with the illegal claim of the Matthew and Hunter islands.