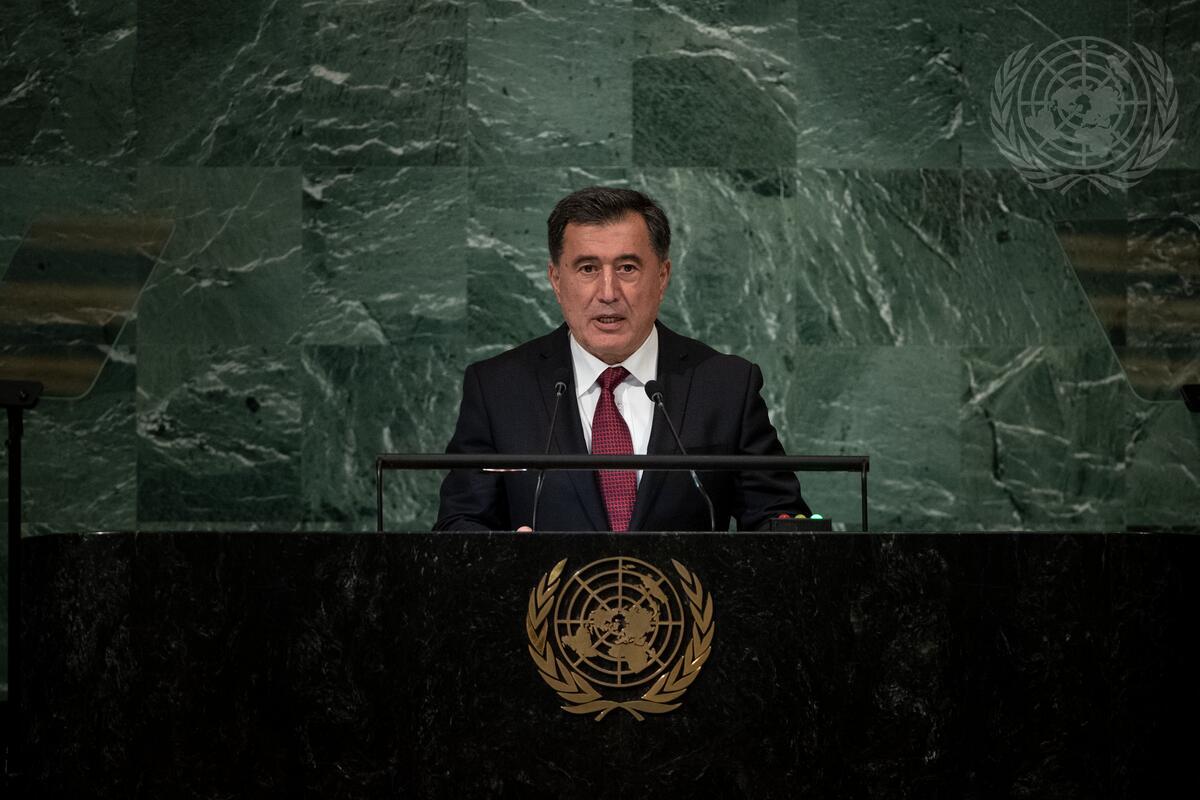 VLADIMIR NOROV, Minister for Foreign Affairs of Uzbekistan, said the establishment of inter-civilizational and intercultural relations and dialogue is extremely important in relieving global tension, uncertainty and unpredictability.  With this in mind, Uzbek President Shavkat Mirziyoyev put forward the Samarkand Solidarity Initiative for Common Security and Prosperity at the Shanghai Cooperation Organization Summit on 16 September.  Domestically, by 2030, Uzbekistan intends to halve the level of poverty, increase the effectiveness of the social protection system, strengthen food security and become an upper-middle-income country.  Uzbekistan is on the eve of constitutional reform to ensure the sustainability and irreversibility of fundamental transformation of the State system and public administration to guarantee inviolable rights and freedoms.  Endorsing the coming “Summit of the Future” in September 2023, he cited the successful outcomes of the Transforming Education Summit, noting over the past 5 years, enrolment in higher education has increased from 9 per cent to 29 per cent, and children with preschool education from 27 per cent to 67.2 per cent.

Launched at the initiative of Uzbekistan, the last Consultative Meeting on 21 July produced a historic Treaty of Friendship, Good Neighborliness and Cooperation for the Development of Central Asia in the twenty-first century.  He proposed establishment of the United Nations Counter-Terrorism Regional Office in Central Asia to successfully implement the Global Strategy and continuously monitor the implementation of the updated joint action plan.  Stressing that the prospects for the region’s development are inextricably linked with ensuring peace in neighbouring Afghanistan, he expressed concern over the decline in international attention to the country, which is experiencing a deep humanitarian crisis.  It is extremely important to prevent the isolation of Afghanistan, which will undoubtedly have negative consequences for regional and international security.  The international community should ensure restoration of the Afghan economy, integration into interregional economic processes, and the implementation of infrastructure and socially significant projects.  He noted his Government has established the International Transport and Logistics Hub in the border city of Termez, actively used by United Nations agencies to provide humanitarian assistance to the country, and proposed a special humanitarian support fund.

Citing the Assembly resolution on “Strengthening connectivity between Central and South Asia” (document A/76/L.68/Add.1), prioritizing the involvement of Afghanistan in economic cooperation and its transformation into a bridge connecting the two regions, he pointed to implementation of trans-regional infrastructure projects, such as the construction of the Termez-Mazar-i-Sharif-Kabul-Peshawar railway.  Turning to the negative regional consequences of climate change, he noted his President launched a massive initiative called “Yashil Makon” (Green Land), planting 1 billion trees and shrubs across the country over the next five years.  Further, as the increased salinity of the Aral Sea is the biggest environmental crisis in the region, over the past 5 years the country has planted 1.7 million hectares of forest plantations on the drained seabed.  He thanked the Assembly for adopting the resolution on “Declaring the Aral Sea region a zone of ecological innovations and technologies” (document A/75/L.83/Add.1).  In 2023, for the first time, Uzbekistan will host the Fourteenth Conference of the Parties to the United Nations Convention on the Conservation of Migratory Species of Wild Animals, as well as a meeting of the Committee to Review the Implementation of the United Nations Convention to Combat Desertification.