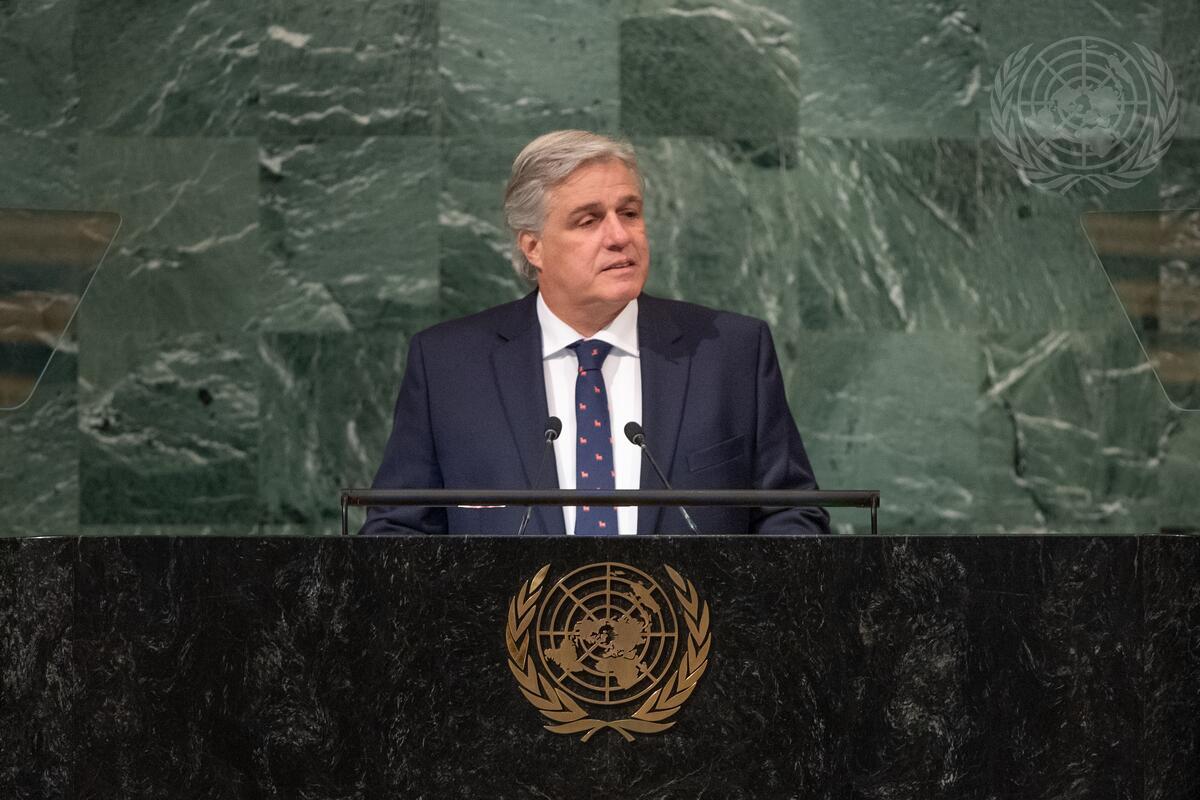 FRANCISCO BUSTILLO, Minister for Foreign Affairs of Uruguay, condemned the Russian Federation’s unjustifiable invasion of Ukraine — a clear violation of the purposes and principles of the Charter of the United Nations — calling on Moscow to withdraw its forces from that territory and cease all hostilities.  The parties should return to the negotiating table to resolve their dispute, as the fallout from the conflict continues to impact the international arena and the daily lives of millions of people, with an agricultural deficit harming developing countries and economies worldwide, a drop in the price of raw materials and the rising cost of oil.

The international community is not meeting the expectations of the 2021 United Nations Climate Change Conference, he stressed, as countries are not committed to the cap of 1.5ºC above pre-industrial levels.  He expressed hope that all States will mobilize the financial resources for adaptation and mitigation of climate change, or humanity will have missed its last opportunity.  Future generations “have the right to expect us to meet the challenges of today”, he said, affirming that Uruguay is committed to the standards of the Paris Agreement.  Multilateralism is not an empty word, he stressed, and the international community must strengthen that system as a shared common good.  Despite adverse circumstances, he called for 2022 to be a landmark year for the Sustainable Development Goals.  Reaffirming his country’s commitment to the 2030 Agenda, he noted shortfalls in the international arena that impact economic and social development, with criteria established for international cooperation that can have a negative impact.  He noted Uruguay has been viewed through the old lens of evaluating development solely using gross domestic product (GDP) indicators.

He noted with sadness that human rights worldwide are flagrantly violated, especially by people’s own Governments and leaders, including in Latin America and the Caribbean.  There is no more important forum than the General Assembly to recognize its humanist role, as the international agreements underpinned by the United Nations must be fulfilled by all Member States.  He urged countries to bolster the rights of women, girls, the elderly, migrants and the disabled, as well as the lesbian, gay, bisexual, transgender, queer or questioning, intersex and asexual communities.  He further emphasized the role of the International Criminal Court and its relevance as a deterrent for perpetrators of genocidal acts and crimes against humanity.  Voicing support for peacekeeping missions, he noted Uruguay has been involved since the 1940s on an ongoing basis and is currently deployed in the United Nations Organization Stabilization Mission in the Democratic Republic of the Congo (MONUSCO) and the United Nations Disengagement Observer Force (UNDOF).  Calling on the international community to recognize the growing impact of international organized crime and terrorism, he cited his Government’s formalized request to the Council of Europe to ratify the Budapest Convention on cybercrime.  Democracy is not a perfect model, he stated, but it is the system of governance that best preserves the wishes and hopes of mankind — “namely, freedom”.