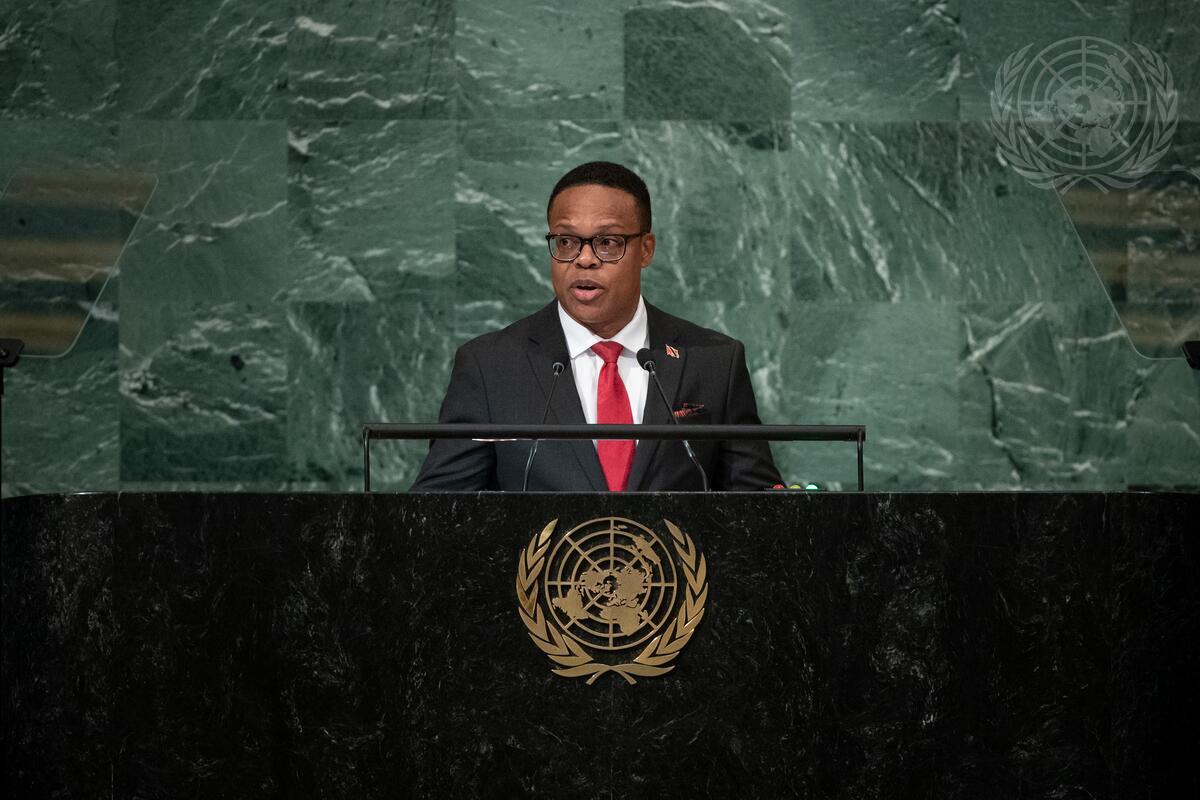 AMERY BROWNE, Minister for Foreign and Caribbean Community (CARICOM) Affairs of Trinidad and Tobago, said that in 60 years of independence, his country has anchored its multilateral engagement on the founding purposes and principles of the United Nations and nurtured those by maintaining a tradition of democratic governance that respects human rights and promotes rule of law.  Accordingly, “the people of my country cannot accept any unilateral attempt to violate the sovereignty and territorial integrity of States,” he said, and called upon the Russian Federation to immediately abandon its action and resume negotiations with Ukraine.  In that light, the world’s collective experience the last seven months has laid bare the urgent need for the Security Council to be reformed to reflect current geopolitical realities.  Moreover, he voiced his fullest support for the mission of the International Criminal Court and its record as an independent tribunal ensuring accountability for growing acts of impunity.

Noting the resurgence of fuel use due to the war in Ukraine, the off-track climate finance commitments by developed countries and the increase in immediate and slow-onset natural hazards, he called for full implementation of the Paris Agreement and a dedicated loss and damages facility under the United Nations Framework Convention on Climate Change’s financial mechanism.  Stressing the need for global food security, he said his country hosted the second CARICOM Agri-Investment Forum and Expo as part of the region’s commitment to reduce its food import bill by 25 per cent by 2025.  On Haiti, he said his country is committed to work with CARICOM towards the restoration of peace and stable democratic governance and urged the United Nations system and international donors to strengthen their role and engagement.  Trinidad and Tobago is committed to strengthen cooperation with regional and international partners to tackle transnational organized crime, human and illegal firearm trafficking and the drug trade.  Highlighting the important role of women as agents of positive change, he encouraged Member States to co-sponsor and support the country’s biennial resolution on “Women, Disarmament, Non-Proliferation and Arms Control”, while detailing how in Trinidad and Tobago a growing number of stakeholders have joined national efforts to make society safe for women and girls.

Outlining structural problems of the global economic and financial system, he said that without reform, efforts like the 2030 Agenda will not produce the needed results in the Global South.  Tailored measures addressing fundamental financing challenges and particular attention for the least developed countries and small island developing States are necessary, he said, pointing to the multidimensional vulnerability index as an utmost priority.  Furthermore, he reiterated his call for reparatory justice for enslavement of African people, the destruction of all nuclear weapons, lifting the embargo on Cuba and a two-State solution for the Israel-Palestine conflict.  He also spotlighted the valuable, beneficial and necessary perspective of small islands to the world and contributions Trinidadians and Tobagonians have made to the multilateral system.  In that vein, he said his country offers itself to serve as the President of the General Assembly during the seventy-eight session — a defining role and responsibility that his Government would embraced with commitment and impartiality.  Lastly, he called for building a truly global community where no one is left behind and shared the national motto:  “Together we aspire.  Together we achieve”.