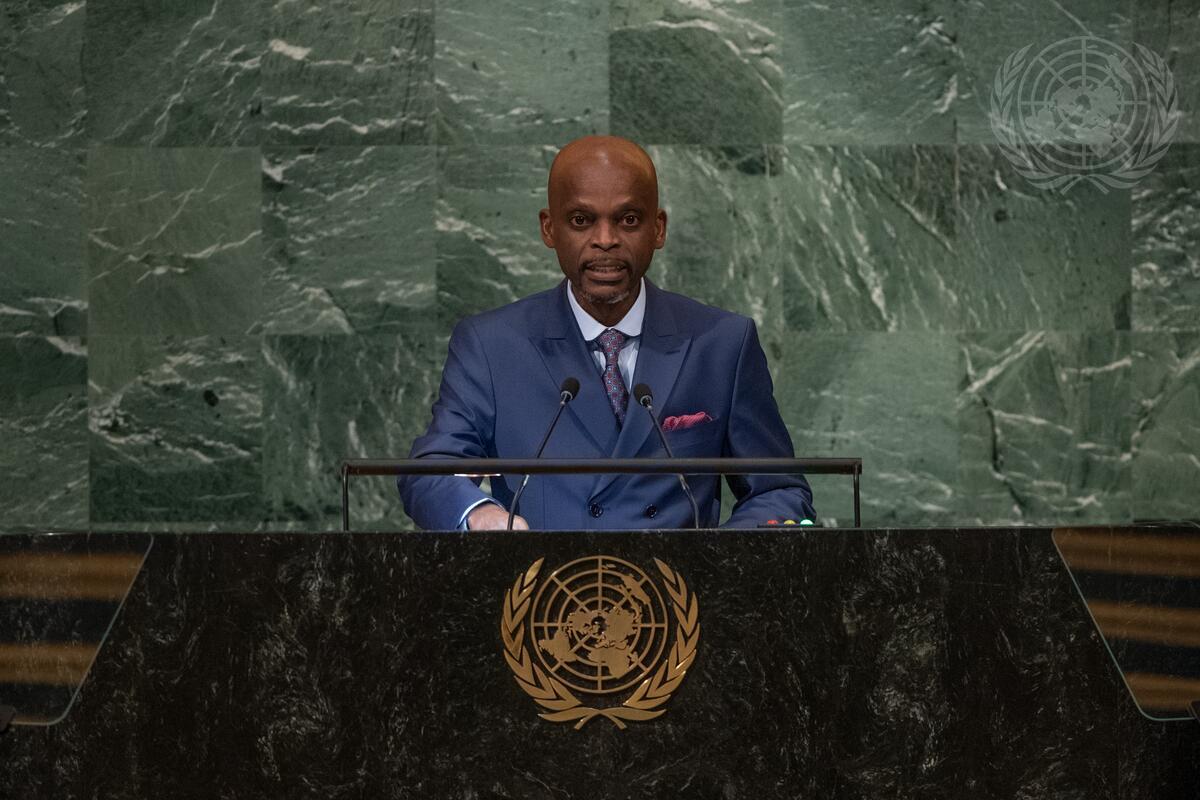 ROBERT DUSSEY, Minister for Foreign Affairs, Regional Integration and Togolese Abroad for Togo, said that Africa has become the sanctuary of terrorist groups, as threats long confined to the Sahel spilled over into the western part of the continent.  That is why his country’s President continues to invest and mediate for peace, especially to end the crisis between Côte d'Ivoire and Mali.  Pointing to the recent terrorist attacks in the north of Togo, he added that the use of sophisticated means by the jihadists was a great concern to his delegation, welcoming the consensual adoption of the annual progress report of the Working Group on Digitalization in the context on international and national security and reaffirming its determination to drive criminals out of Togo’s borders.  Highlighting his country’s commitment to address cyberthreats, he welcomed efforts by the ad hoc committee for elaborating a comprehensive convention on countering the use of information and communications technology for criminal purposes and encouraged all stakeholders to establish this legal instrument.  Also on security, he affirmed the “important need to fully revise our Organization and spare no effort to achieve reform of the Security Council”.

Turning to the environment, he said:  “It is all the more concerning that climate change indiscriminately affects all countries, including non-polluting countries like Togo”.  He pointed to a series of programmes and commitments undertaken by his Government to build resilience, the sustainable management of his country’s resources, protect the ecosystem, combat desertification, and promote reforestation and clean energy.  Other mechanisms have been established to address other challenges, ranging from social protection to end’s discrimination against women and gender-based violence, including by fostering empowerment.

On Security Council reform, he asked States to work to make the body more reflective of present-day realities, which have changed profoundly since 1945.  Reiterating the need for the continent to secure two permanent seats in addition to two non-permanent seats for African States, he noted the reluctance of certain permanent Council members, indicating that some countries see Africa as “a purely instrumental entity for the services of their causes”.  When a resolution is under discussion, then Africa is “subject to pressure by both sides”.  As the continent increasingly speaks in a single voice, he emphasized that many African countries were no longer bound by colonial history and were keen to work with new partners, which should shift their approach.  “Africa expects more equality, respect, equity and justice in its relations and partnerships with other powers, regardless of who they may be,” he stressed.