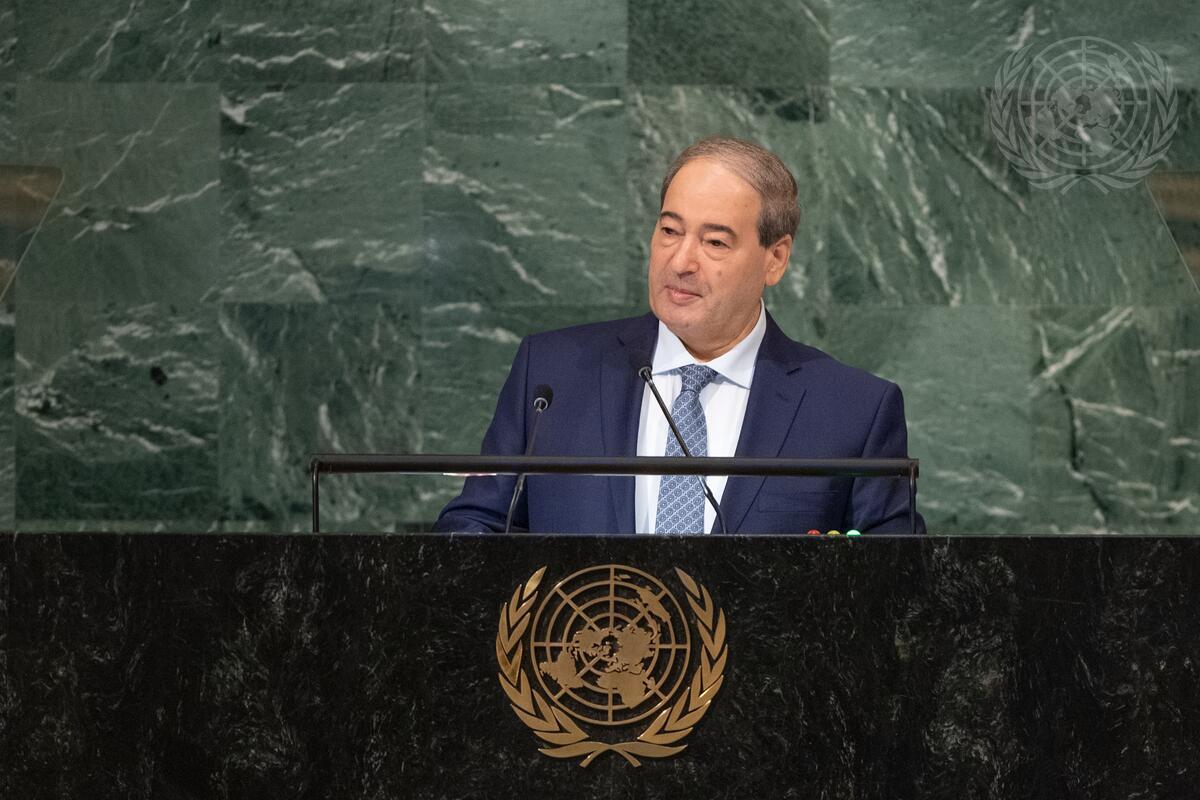 FAYSSAL MEKDAD, Minister for Foreign Affairs and Expatriates of Syria, noting that the international community finds itself at a critical point due to conflicts and wars, terrorism, food insecurity, and climate change, stressed that this is the result of attempts by some countries to impose their hegemony over others.  Those countries have invested in terrorism and lethal weapons with the excuse of spreading democracy and supporting human rights.  “The war against Syria ultimately was an attempt by the West to maintain control of the world,” he emphasized, adding that this “war” aimed at breaking the will of his country’s people has failed.

Turning to Israel, he expressed support for the establishment of the Palestinian people’s sovereign and independent State, with Jerusalem as its capital.  Noting that his country also supports it becoming a full-fledged member of the Organization, he expressed hope that “some members of the Security Council will not undermine these efforts.”  Highlighting the worst violations of human rights and the international humanitarian law by Israel in the occupied Syrian Golan, he stressed that those who continue to say nothing about such practices, especially those who claim to be the guardians of the international humanitarian law and international human rights, have been accomplices in these crimes.  While welcoming efforts and initiatives to “return to normal” such as the Astana agreement and the Tehran summit held in July, he pointed out that all of these will “remain dead letters if Türkiye does not respect these results.”

Reiterating its support for the special military operation conducted by the Russian Federation in Ukraine, he stressed his conviction that the Russian Federation is defending not only itself but also justice and the right to reject unipolar hegemony.  Also, expressing support for the return to the nuclear agreement with Iran, he called upon Western authorities to satisfy the legitimate requests made by the country. He went on to voice support for the principle of an “United China” and the country’s position concerning foreign interference in Taiwan, Hong Kong and Xinjiang.  While condemning the embargo against Cuba, he also called for the lifting of unilateral coercive measures imposed on the Russian Federation, Venezuela, Belarus, Nicaragua, Democratic People's Republic of Korea, and Syria.