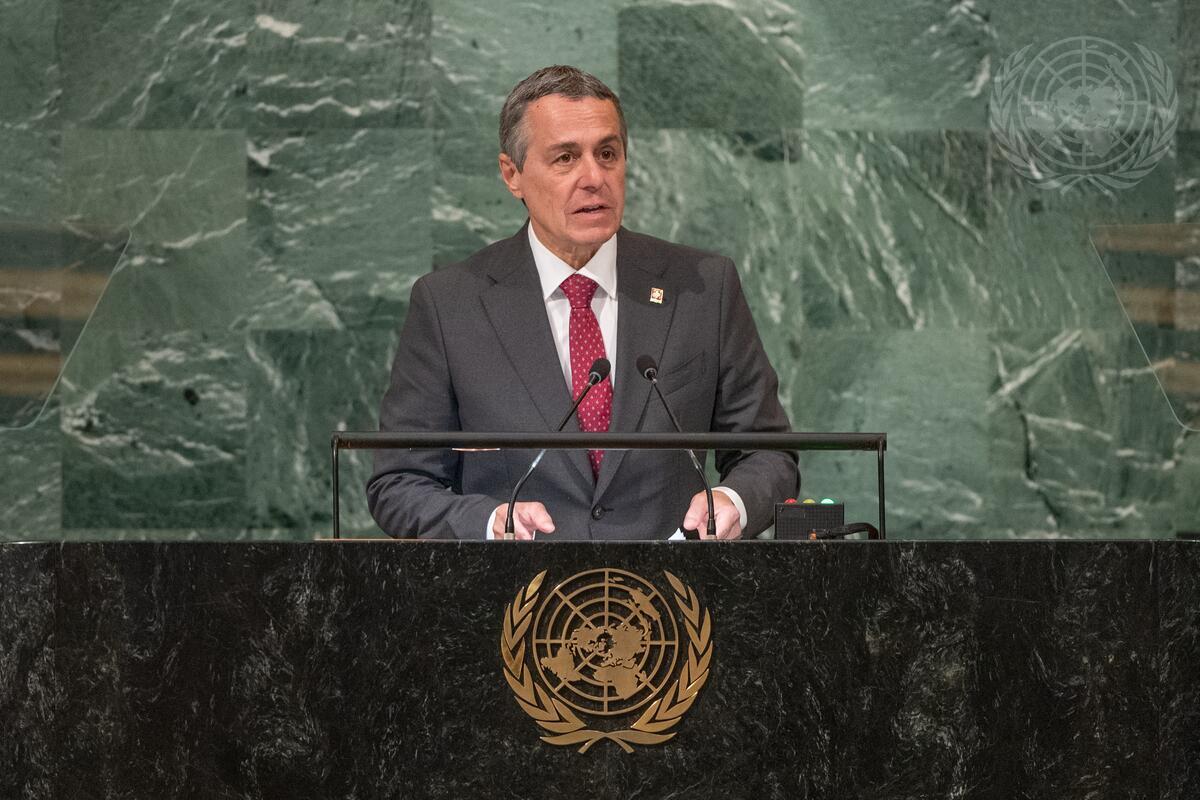 IGNAZIO CASSIS, President of Switzerland, said that today, 20 years after his country joined the United Nations via a unique referendum, the foundational values and principles the Organization are more important than ever.  The military aggression by the Russian Federation against their neighbor, Ukraine, “violates the basic principles of the Charter” and must be ended.  The violation of human rights and international humanitarian law “is unacceptable and should alarm us”, he continued.  Besides, military conflicts have a direct link to other challenges that disrupt the world:  food insecurity, high energy princes, energy insecurity, climate change, loss of biodiversity, the pollution of the environment, global public health crises, such as the coronavirus, and their social and economic repercussions.  Linking it to the theme of the seventy-seventh General Assembly, he reaffirmed Switzerland’s commitment in finding transformative solutions to interlocking challenges as well as to the 2030 Agenda for Sustainable Development.

The Swiss culture is characterized by its direct democracy, federalism and stable nature as well as its diversity and innovative solutions, he continued.  Drawing attention to the powerful example that Switzerland’s culture of compromise and consensus poses for solving problems through peaceful dialogue, he took the opportunity to share their experience with the General Assembly.

Firstly, the importance of fundamental norms and values so that “the power of the strongest cannot prevail over the weakest”.  The mass graves found in Izium show the necessity of strong international laws to combat impunity and hold perpetrators to account.  Secondly, the intertwined nature of independence and cooperation.  Detailing Switzerland’s sovereign history and yet active participation in the global community, he declared:  “Without cooperation, independence would be isolation.  Without independence, cooperation would be constraint.”

Thirdly, the commitment to peace and security.  Switzerland will show during its 2023-2024 Security Council seat that “neutrality does not mean indifference” and that they are indeed “a plus for peace”.  The promotion of lasting peace, participation of women in peace processes, protection of civilians, increased effectiveness of the Council and advocating for climate security to be part of the agenda in the Council are all part of Switzerland’s priorities the coming two years.  Outside of the Council, Switzerland hosted the conference on the reconstruction of Ukraine with Ukrainian, German and British partners.

And last, the courage to stay on a steady course in focusing on peace and lasting coexistence between the peoples of the world.  For this, a stronger, more focused and more efficient United Nations is needed.  He joined the General Assembly President in advocating for the bigger use of science, innovation and diplomacy in solving the issues of our times — jointly, “as partners, not as adversaries”.