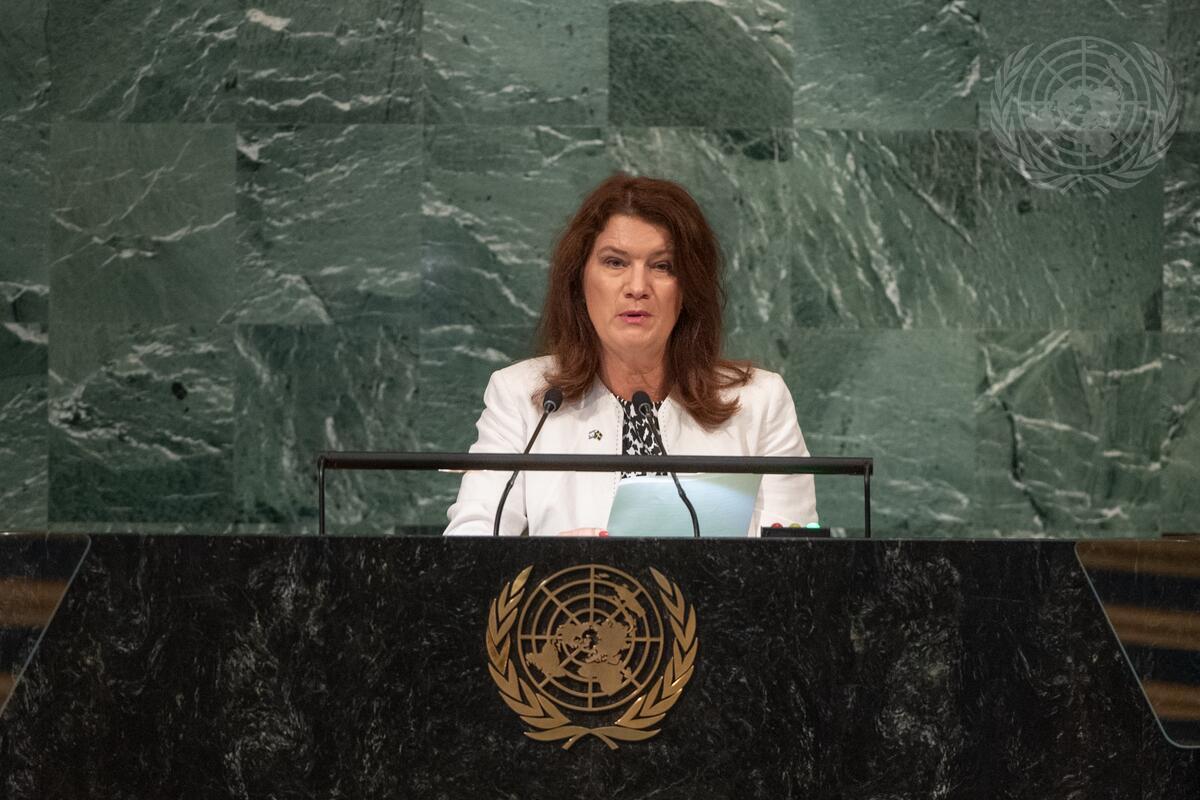 ANN CHRISTIN LINDE, Minister for Foreign Affairs of Sweden, stressed that the war in Ukraine must stop and Russian troops withdraw.  Her country and the European Union have scaled up their contributions to meet immense global relief, recovery and resilience needs, she said, noting Sweden’s increased humanitarian assistance to a record $950 million this year.  She commended the efforts of the Secretary-General and the President of Türkiye on the Black Sea Grain Initiative, noting that some 50,000 metric tons of wheat, thanks partly to Swedish funding, will soon leave the port of Odessa, bound for millions of people at risk of famine in Yemen.  Also, a significant part of Sweden’s aid budget has been directed to the United Nations as an investment in global peace, security and development, and the multilateral system itself.  Recalling the international meeting Stockholm+50 in June, she said Sweden has spearheaded the climate transition through innovation and green investments, and an ambitious increase in climate aid.  To advance climate security, the Organization for Security and Co-operation in Europe (OSCE) took key decisions last year during the Swedish Chairpersonship, and the European Union is “scaling up”.

Turning to nuclear security, she said the countries of the Stockholm Initiative for Nuclear Disarmament have presented ideas to heed the Secretary-General's call to bring disarmament and non-proliferation back to the top of the international agenda.  She stressed the need to prevent another pandemic, noting that her country and the European Union have made substantial contributions to global vaccination.  In 2021 alone, Sweden committed over $600 million to global health.  “The military invasion of a country in our neighbourhood […] has also fundamentally changed Sweden’s security environment,” she pointed out.

Noting her Government’s decision on 16 May to apply for membership to the North Atlantic Treaty Organization (NATO), she underscored that security is best built together with others.  During the first half of 2023, Sweden will hold the presidency of the Council of the European Union and looks forward to deepening cooperation with partners around the world.  It must be safe to work for peace, security, development and human rights, she said, voicing support for the work of the United Nations-appointed independent investigator to bring clarity to the circumstances of the death of former United Nations Secretary-General, Dag Hammarskjöld, and his crew.