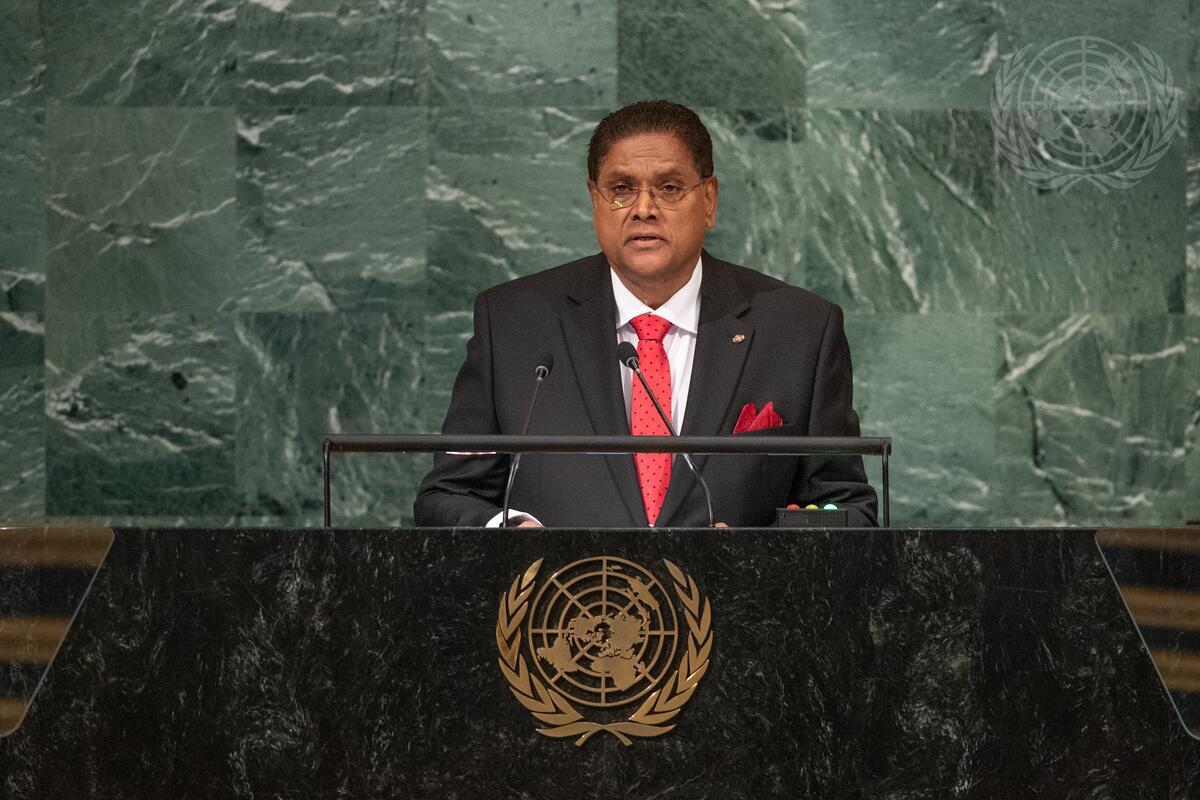 CHANDRIKAPERSAD SANTOKHI, President of Suriname, called for the world’s leaders to build a better world for those living today and for generations to come, stating that “it is time for real action”.  Slow post-pandemic economic recovery, the worsening climate crisis, biodiversity loss and collapse of ecosystems, rising levels of poverty and hunger, and a humanitarian crisis are a threat to all.  Reflecting collectively on the world’s actions, he added “we can conclude that we are not ready and have not taken all the necessary measures” to prevent future pandemics, lift the most vulnerable out of poverty and protect them from the climate crisis.  Expressing a firm commitment to international principles and law, he urged the United Nations to use its important role to address global challenges through meaningful dialogue and constructive engagement.

Suriname, just one of only three carbon-negative countries in the world, is also affected by the climate crisis, as “no country is immune”.  Excessive rainfalls cause floods which lead to loss of agricultural land, economic downfall and food insecurity.  The Secretary-General visited the country in July, calling the Caribbean “ground zero for the global climate emergency”.  This underscores the need for the $100 billion climate finance commitment to be delivered upon.

Multilateral and bilateral support for especially vulnerable Caribbean small island developing States is critical, as are greater research, adaptation finance, capacity-building technology transfers and concessionary finance.  Expressing appreciation for the adaptation finance initiatives by the Secretary-General, he called for the establishment of a loss and damage facility under the United Nations Framework Convention on Climate Change to provide States with resources to finance loss and damage resulting from climate change.  Underlining that “finance is the backbone of sustainabile development”, he called for real reform of the global financial architecture while taking unique and inherent vulnerabilities of small economies into account. In that vein, he welcomed the appointment of the high-level panel of the multidimensional vulnerability index.

Sustainable development and upholding democratic values, good governance and respect for human rights are inextricably linked, he continued.  Drawing special attention to the political, economic and humanitarian crisis in Haiti, he said Suriname, as current Caribbean Community (CARICOM) Chair, is committed to dialogue with all stakeholders to ensure that a Haitian-supported and -owned plan will safeguard peace and security.  Similarly, the longstanding embargo against Cuba must be lifted, he added.

Drawing attention to young people, he commended the Secretariat for its plan to establish a youth office and efforts made domestically and regionally in youth programmes.  He also praised young people themselves who “not only demand a seat at the table, but also show up consistently”.  While his country is facing hardships due to external and unforeseen shocks, new conversations will be started with the International Monetary Fund (IMF) to adjust programmes and minimize costs.  Concluding, he noted that “effective and consensus-based multilateralism is the only option for solving the interlocking challenges our world faces today”.