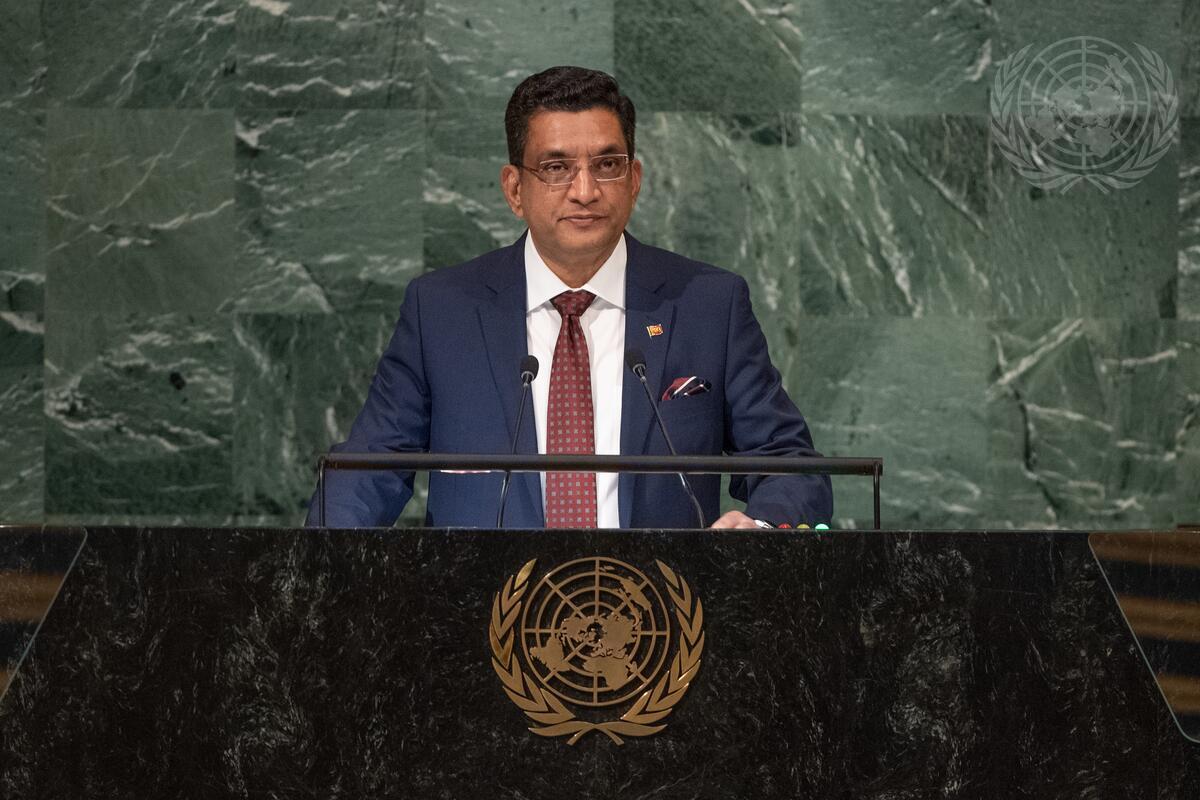 ALI SABRY, Minister for Foreign Affairs for Sri Lanka, said that confronted with overlapping challenges, developing countries and their economies are at extreme risk with Governments facing debt-default and financial collapse due to a lack of access to adequate capital, while people face rising poverty, unemployment, hunger and education disruption.  He called for the international community’s cooperation and support as his country embarks on political, social and economic reforms.  “We are pleased to have reached a staff level understanding with the IMF,” he said, noting his country’s efforts to reach the most vulnerable through economic reforms.  Freedom of expression is sacrosanct and must be exercised within the confines of the law.  On COVID-19, Sri Lanka’s vaccination drive exceeded WHO targets, yet the country was vulnerable to the pandemic’s economic fallout, he said, stressing the importance of multilateral cooperation through global health networks.

Highlighting Sri Lanka’s commitments to the targets of the Paris Agreement and its aim of reducing emissions to achieve carbon neutrality by 2050, he called on the world’s largest emitters of greenhouse gases to fulfil their commitments and assist developing nations in adaptation and mitigation measures.  “As an island nation, we are acutely concerned about and sensitive to the impact of pollution and climate change on oceans,” he said, and the sustainable use of their resources, he underscored, while also supporting a sustainable transformation of agriculture to ensure food security, especially for children.  Bridging the digital divide is another goal, and on human capital investments, he noted that Sri Lanka is ranked in the high human development category, occupying rank 73 out of 191 countries globally, and is the highest in the Asia-Pacific region.

Turning to disarmament, he said that agreed frameworks for arms control, non-proliferation and disarmament have become fragile and expressed regret that a consensus outcome wasn’t reached at the Tenth Review Conference of the Parties to the Treaty on the Non-Proliferation of Nuclear Weapons.  He restated Sri Lanka’s consistent, principled position that the Palestinian people have a legitimate, inalienable right to the natural resources in their territory and to statehood and the urgent need to attain a two-State solution.  The absence of a regulatory supervisory regime concerning the use of new technologies in cyberspace and in artificial intelligence needs to be addressed urgently, he said, noting the implementation of Sri Lanka’s first Information and Cyber Security Strategy and stressing the importance of establishing a partnership-based approach to protect cyberspace from multinational cyberthreats.  Noting Sri Lanka was a victim of terrorism for several decades, he called for legislative measures and law enforcement mechanisms to counter terrorism and radical ideologies.  To contribute to international peace and security, Sri Lanka looks forward to enhancing its participation in peacekeeping operations.