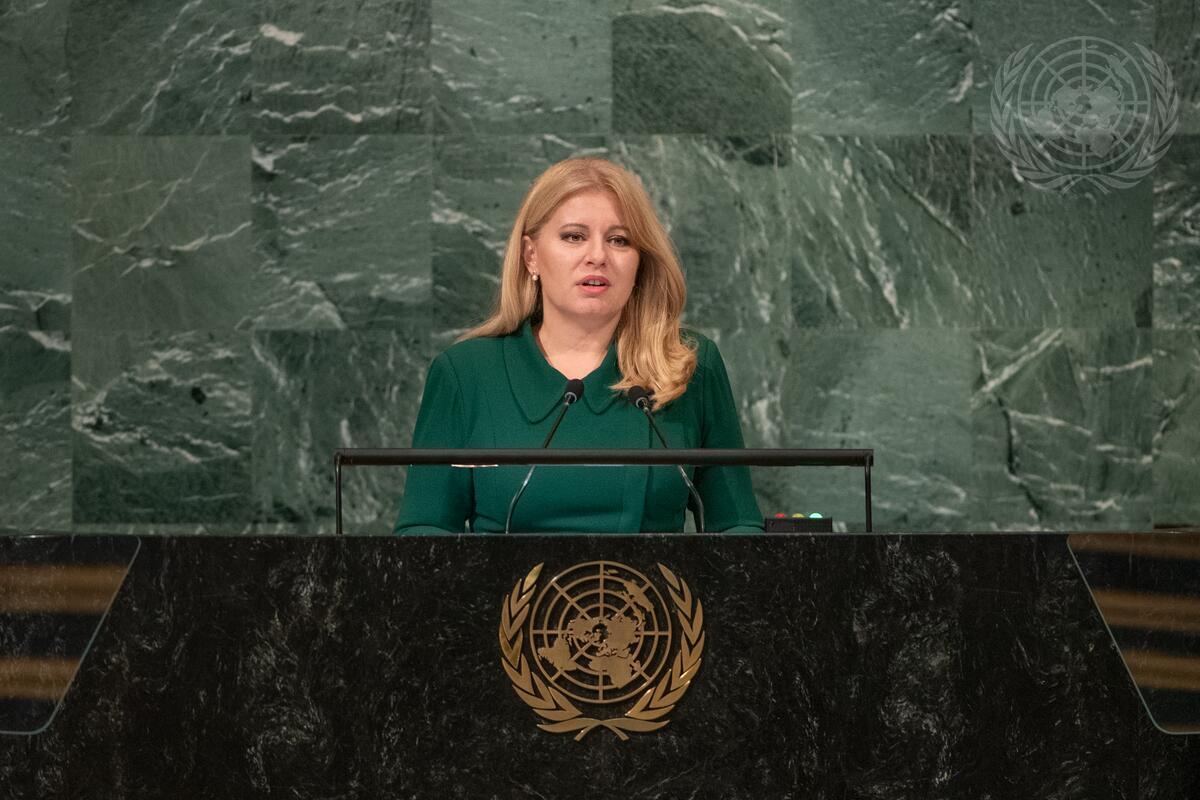 ZUZANA ČAPUTOVÁ, President of Slovakia, said “the wrongs of Russia’s aggression could not be clearer”.  Noting that 141 countries deplored Moscow’s war against Ukraine in a General Assembly resolution, she stressed that no veto at the Security Council can change the fundamental truth that rather than protecting global peace, Moscow is doing everything to undo it.  Russian aggression has inflicted harm on the entire world as thousands of innocent Ukrainian civilians have been killed and millions have had to leave their homes.  Drawing attention to the 50 million people who are on the brink of starvation in Africa and Asia, she emphasized that the Russian Federation’s blockage of Ukraine’s ports and confiscation of its harvest has made the already grave global food crisis even worse.  In this context, she called on the Russian Federation to fully unblock all Ukrainian ports.

“The democratic world and all of us must be a voice of Ukraine, the voice that won’t be silent, voice that will continue to testify about Russia’s crimes in Ukraine,” she asserted, noting that Moscow has occupied parts of Georgia since 2008 and parts of Ukraine since 2014.  “Our response to these actions was incomplete,” she added, citing “tepid sanctions” and weakness that encouraged more aggression.  “The ignorance of rules is poisoning global security,” she added, pointing to more than 50 countries, including all members of the European Union, that have already imposed tough sanctions on the Russian Federation.  She called on the international community to help Ukraine politically, militarily and financially.

Turning to environmental matters, she asked:  “How much more scorched earth, how many millions more climate refugees, how many flood victims does it take to convince us that ignoring our commitments is no longer an option?”  Despite the current energy crisis, Slovakia plans to stop using coal as a source of energy and has been investing in renewable energy.

Voicing concern over the relativization of facts, decrease of trust in democratic institutions and an epidemic of propaganda, she drew attention to the rise of social media.  “If algorithms favour hatred over truth or nonsense over science, if they appeal to our instincts rather than the greater good, what hope is there for global understanding?” she cautioned, welcoming the efforts towards the so-called Digital Geneva Convention.  She concluded by stressing that Member States must side with the victim over the aggressor, choose international rules-based order over “the power of gun”, urgently deliver on our climate goals and find working rules for social media platforms to protect the fabric of our societies and the international order.