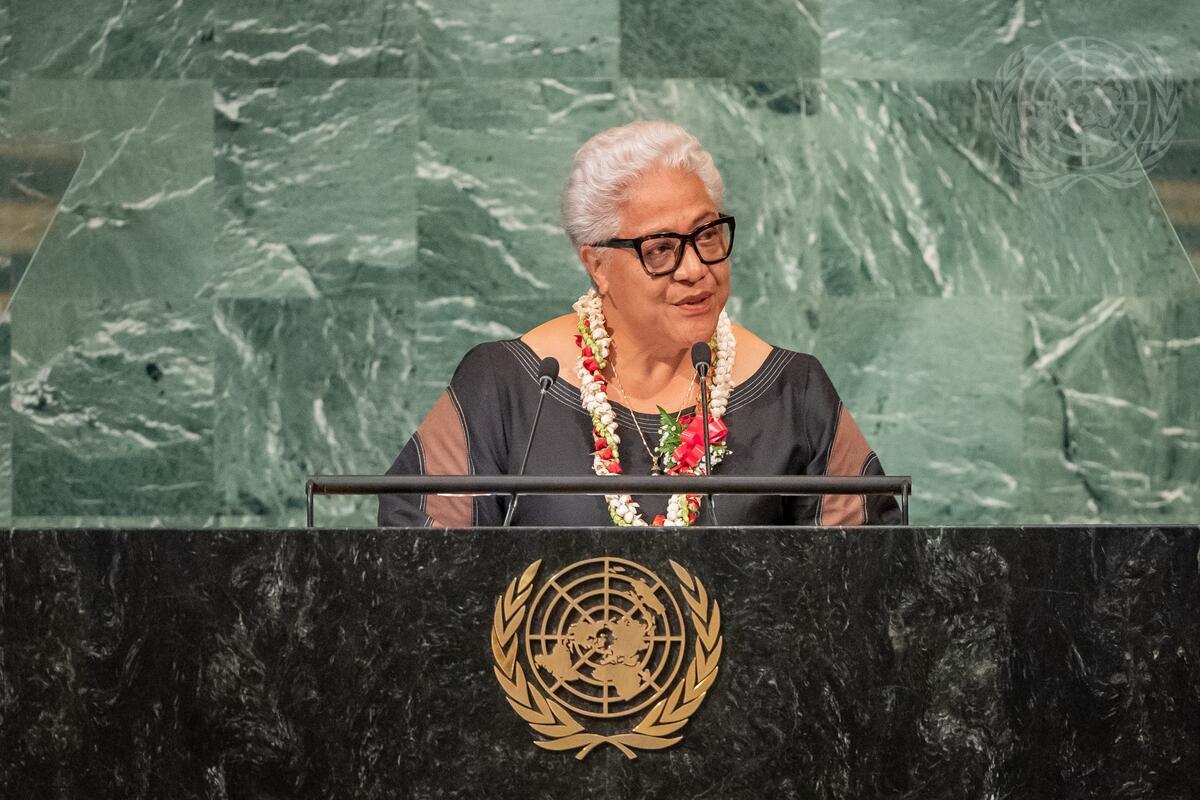 FIAMĒ NAOMI MATA’AFA, Prime Minister of Samoa, referring to crises such as the war in Ukraine and climate change, stressed that though distanced from the “centres of conflict”, the escalation in fuel and food prices as well as threats of nuclear weapons have reached her country.  “No one empathizes with the war.  Climate is waging a toll on islanders watching their maritime boundaries disappear fast with sea level rise,” she stated.  She further noted that small island developing States face a unique set of vulnerabilities exacerbated by the COVID-19 pandemic, also noting that both the global financial and governance systems are “desperately in need of reform.”  The multidimensional vulnerability index for small island developing States will allow for the inclusion of more than just income-based criteria to assess eligibility for concessional finance, she stated.

Noting that for Pacific communities the main challenge concerning climate change is “securing action for survival”, she called on all parties to commit to more ambitious nationally determined contributions to meet the goals of the Paris Agreement on climate change.  Referring to the upcoming twenty-seventh Conference of the Parties to the United Nations Framework Convention on Climate Change, she stressed that the achievement of a 50‑50 split between mitigation and adaptation funding was of “paramount importance” to Samoa and its neighbouring countries.  Describing Goal 14 [Life Under Water] of the Sustainable Development Goals as the “most underfunded,” she stressed the need to attract and retain sustainable investment toward it.

On peace and security, she noted with concern the “ongoing geopolitical posturing in our region” and urged for its national and collective interests to be placed at the forefront.  She also expressed concern over the “serious shortfalls” in the implementation of the Treaty on the Non-Proliferation of Nuclear Weapons, noting that States with nuclear weapons have spent billions of dollars on modernizing and maintaining their nuclear arsenals, rather than spending on helping victims of past use and testing of nuclear weapons and focusing on achieving the Sustainable Development Goals.  Noting that the proposed monitoring framework for the SAMOA Pathway was a necessary tool for an effective resource allocation and accountability regarding the Goals, she added that outstanding issues relating to the framework must be resolved with urgency.

The pandemic and the ensuing lockdowns emphasized the importance of digitalization for small island developing States, she said, adding that investment in digital technologies was key to stimulating business opportunities and increasing productivity and growth in traditional sectors such as agriculture and tourism.  She further stressed that the international community should not lose sight of the fact that digitization may end up “creating disparity between those who can and cannot access and afford these solutions.”