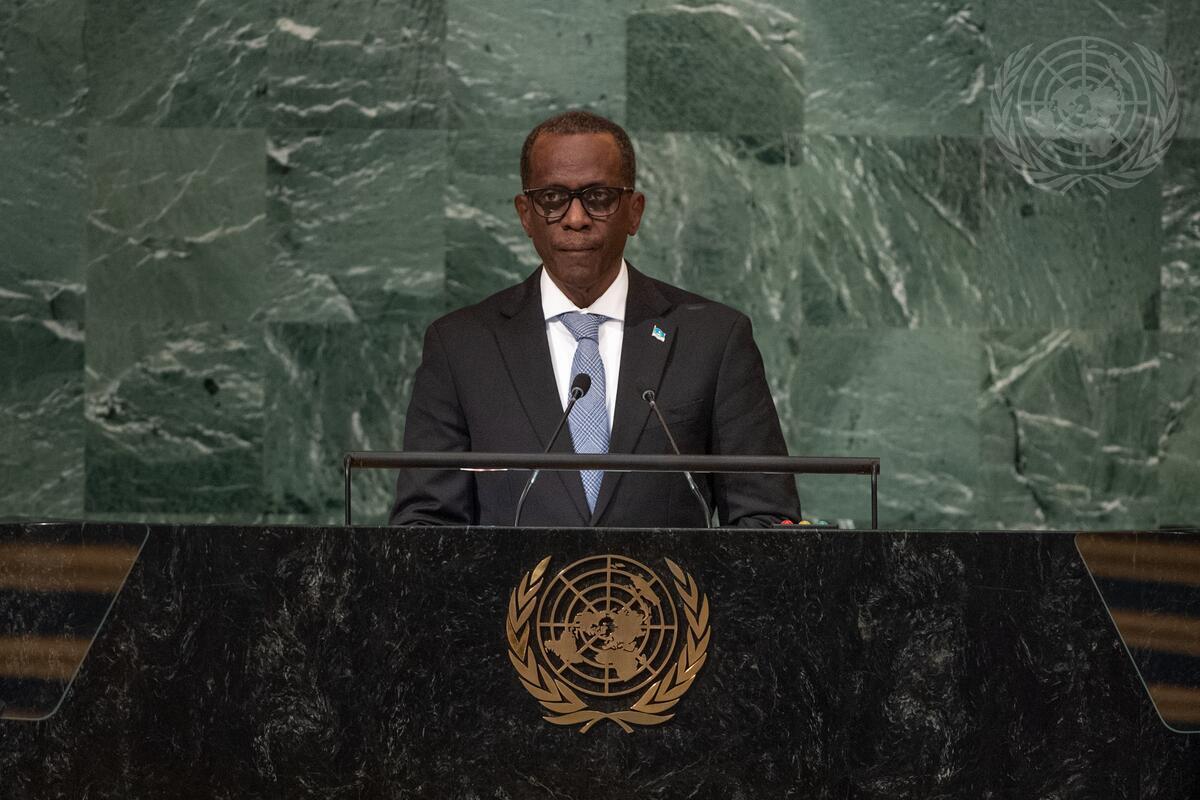 PHILIP JOSEPH PIERRE, Prime Minister, Minister for Finance, Economic Development and Youth Economy of Saint Lucia, emphasized that developing countries, already saddled with debt, must be provided with the means to tackle climate change.  “We must act together to save our people and our planet,” he said.  He lamented that ‘recent political differences’ between two of the biggest polluting countries led to halting their cooperation on climate issues.  “For decades we have called on global financial institutions to carve out a special regime that takes into account the ‘smallness’ and our vulnerabilities to climate change,” he said.  “A single hurricane, which destroys our entire agricultural crop or destroys our tourism plant and infrastructure”, he said, can set the country back by decades.  As such, he requested that these vulnerabilities be considered when financial obligations for development assistance of countries are being negotiated.  He called for inclusion of vulnerabilities of small States while calculating the value of their economies.  “This is a matter of survival for our people”, he added.

Turning to ocean governance, he expressed disappointment that negotiations to adopt the first ever multilateral maritime biodiversity treaty delayed acting “because the developed countries of the North were once again unwilling to accommodate the needs of the developing world of the South”, he said.  The protection of oceans is imperative, and an agreement on sharing and sustainable use of the marine resources beyond national jurisdiction is essential.  Bearing in mind, that these areas do not belong to one country but constitute a heritage of all mankind, he urged for a resumption of the fifth session of the Intergovernmental Conference on conservation and sustainable use of marine biological diversity beyond areas of national jurisdiction to consider the special circumstances of small island developing States.

While his country and the rest of the Caribbean are not manufacturers of conventional weapons, they have been plagued by a proliferation of illegal small arms and light weapons.  This resulted in a surge in criminal activity and gun violence.  “Saint Lucia has always been a strong advocate of the international frameworks, such as the United Nations Programme of Action to Prevent, Combat and Eradicate the Illicit Trade in Small Arms and Light Weapons in All its Aspects and the Arms Trade Treaty,” he said.  Therefore, he called on the major manufacturers, exporters and importers of conventional weapons in his hemisphere to live up to their commitments:  to lend the necessary expertise and technical assistance and cooperate in good faith to stem the tide of unregulated conventional arms and ammunition