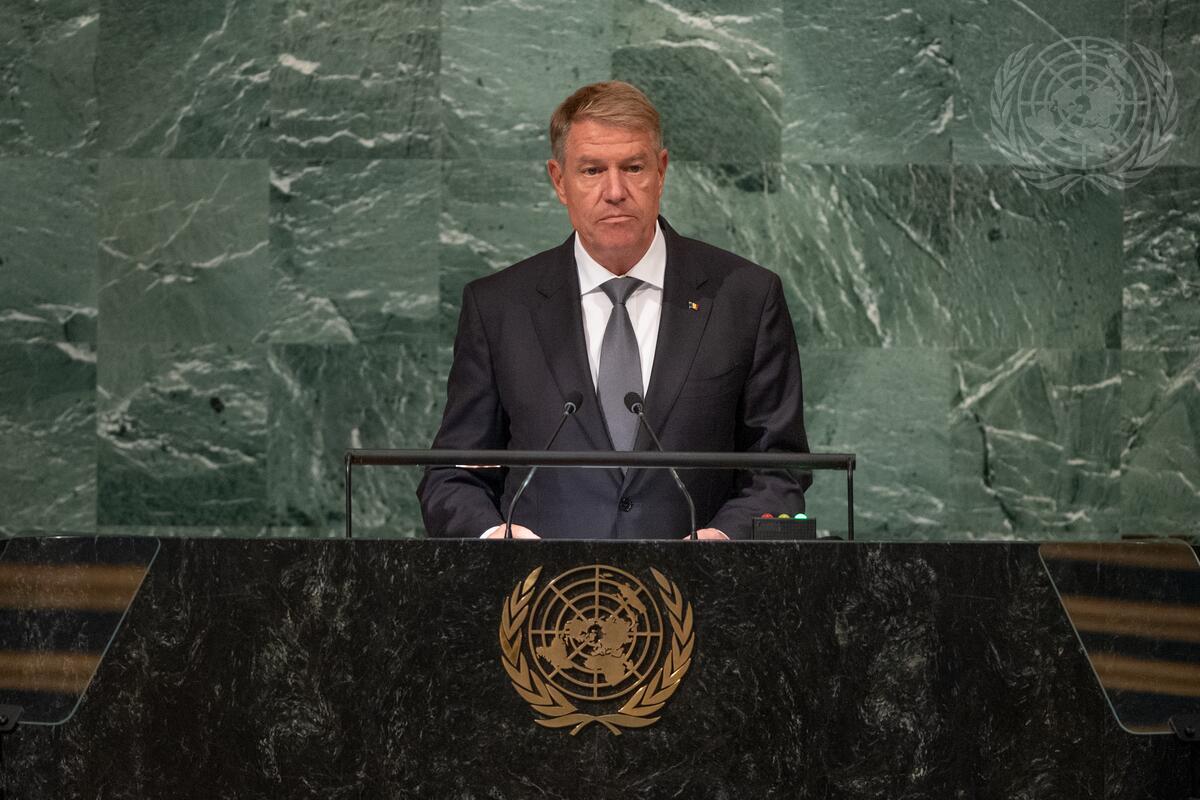 KLAUS WERNER IOHANNIS, President of Romania, said that eight decades after the adoption of the United Nations Charter, the world is witnessing new threats and challenges to peace — “the most severe since the end of the Second World War”.  Citing the unprovoked and illegal war started by the Russian Federation, a permanent member of the Security Council, against Ukraine, he spotlighted Member State’s solidarity support for Ukraine.  The “consequences of this war are global and are not limited to our security”, he emphasized, underlining that violations of international law should be of interest to all, no matter the distance from the hotspots.  Adding that there is no justification for a military aggression against a sovereign State, he called on the international community to act now and support all who fight for freedom and democracy.  The respect of territorial integrity, sovereignty and independence of States must be guaranteed.

Since the beginning of the conflict, over 2.3 million Ukrainians have sought refuge in Romania, he went on to say, adding that they have been provided emergency assistance and medium and long-term support, along with free access to education, health services and the labour market.  Further, Romania is offering direct humanitarian assistance and has put in place a logistic hub for coordinating the international humanitarian assistance from the entire world.  “We know that our response, especially to this war, will shape our common future,” he said, adding that it was essential to stay united and bring everyone on board, including those who are still hesitating.  He also called for engagement and dialogue as tools against divisions, falsehoods and propaganda.

Touching on other challenges, ranging from climate change to food insecurity, education, and social inequities, he pointed out that they need responses and solutions, “as our citizens are rightfully asking for them”. For all these issues, common action is the only way forward.  The global issue of energy security requires joint solutions and responsible action, he added, stressing that it was critical to avoid the use of energy as a tool of blackmail.  In addition, he called for investments in renewables, nuclear power or hydrogen, while keeping prices accessible.

Ensuring energy security goes hand in hand with the green transition for resilient and climate-neutral economies, he said that the nexus between climate change and peace and security should be more prominent in discussions, including in the Security Council.  To this end, he highlighted the upcoming Conference of Parties to the United Nations Framework Convention on Climate Change (COP27) in Egypt, stressing that commitments towards climate neutrality are necessary, along with the implementation of the decisions already made.  “The clock is ticking; our planet cannot wait any longer,” he declared.

Condemning the weaponizing of food access, he underscored that Romania has facilitated the export of more than 4 million tons of Ukrainian grain (60 per cent of the grain exported by Ukraine), and he praised the Secretary General for the Black Sea Grain Initiative.  With reference to frozen conflicts, he said that the absence of war does not mean peace; protracted conflicts such as those in the Black Sea region need to be addressed without delay.  He commended United Nations peacekeeping as a tool for peace and security, noting Romania’s contribution to it.  He also called for the strengthening of the United Nations human rights system, reminding the Assembly of Romania’s candidacy for a seat in the Human Rights Council, for the term 2023-2025.