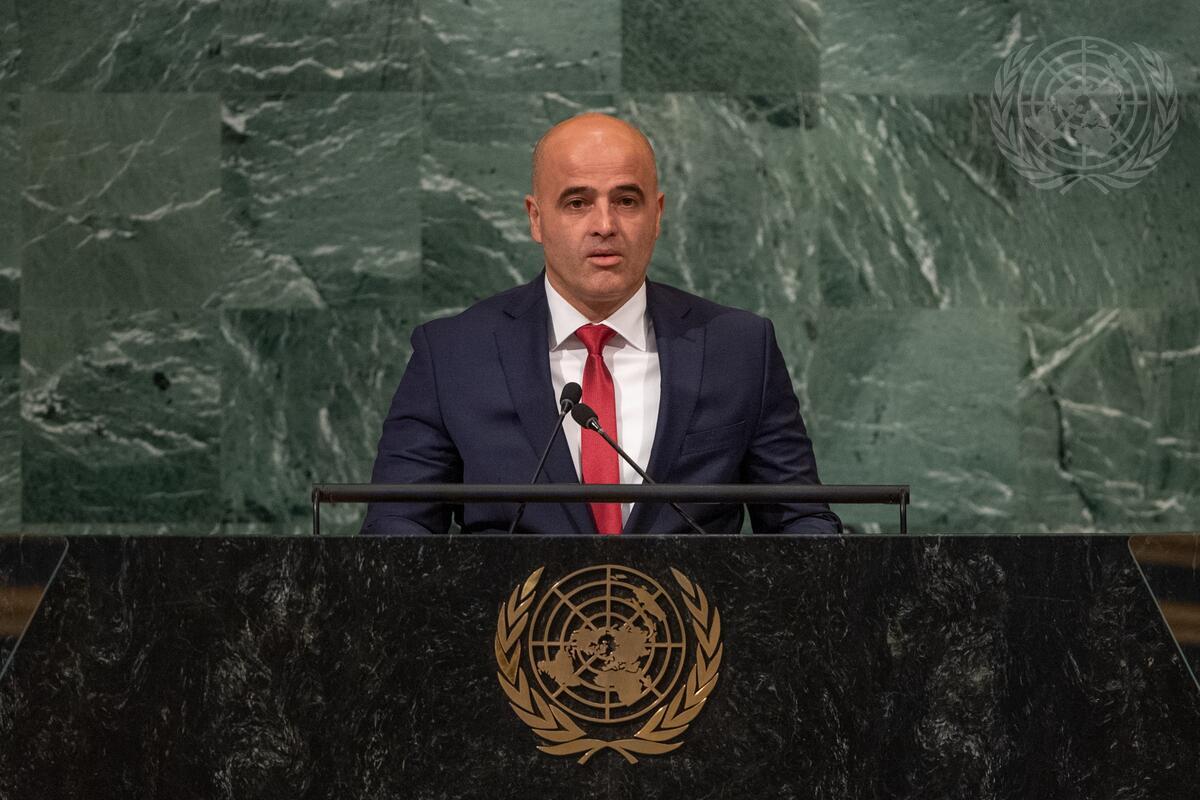 DIMITAR KOVACHEVSKI, Prime Minister of North Macedonia, said that his country joined global efforts responding to the war in Ukraine.  “In doing so we relied on our own experiences and lessons learned,” he noted, adding that peace, strength and progress can be achieved only with unity.  Recalling that, in 1991, his country peacefully declared independence and in 2001 tackled internal inter‑ethnic conflict, he underscored his commitment to the concept of “one society for all”.  Such an approach is setting an example of a functional multi‑ethnic democracy, while being a significant factor of stability in the Western Balkans.  “Functional solutions, solutions that work in a small area always serve as a road map to finding solutions in the global setting,” he added.

He went on to express concern that a permanent member of the Security Council, the Russian Federation, decided to resolve a challenge using force despite being a member of an organization founded on the commitment of preserving world peace.  Demonstration of force by a larger country against a smaller country was a dangerous and impermissible precedent, he said, describing the unprovoked aggression by the Russian Federation as a gross violation of the Charter of the United Nations, as well as the norms and principles of international law.  He called on the Russian Federation to put an immediate end to the aggression and withdraw its troops from Ukraine, underlining that putting an end to aggressions is a necessary precondition for resolving conflict by the means of diplomacy and dialogue.

Developments in Ukraine pushed numerous other global conflicts to the background, he continued, noting that terrorism, hybrid threat and fake news continue to constitute a serious threat to humanity.  There must also be a focus on threats related to the catastrophic floods in Pakistan, loss of biodiversity, air pollution and the lack of water.  Consolidated preventive actions are needed.  In addition, in line with its international commitments in the humanitarian area, his country has accepted Ukrainian refugees.  In North Macedonia, all ethnic communities have equal constitutionally guaranteed rights and obligations.  Further, together with Albania and Serbia, his country established the Open Balkan initiative, a regional interconnectivity aiming to eliminated restrictions of movement of people, trade, transport of goods and provision of services between the countries.  Moreover, the countries agreed to remove bans on trade in basic agricultural and food products.  “We are also intensively considering options for cross-border trade in electricity and providing assistance with various energy sources,” he reported, as the world is facing a serios energy situation.

Emphasizing the importance his country places in its membership in the European Union, he noted that, “after long 17 years”, it was granted a candidate status for membership in the bloc and started accession negotiations.  “The EU membership of the Republic of North Macedonia is of essential importance also for the European Union itself,” he said, highlighting the enlargement process in the Western Balkans.  Reiterating his support towards the European integration of the Western Balkans, he underscored that it would contribute to overall peace in Europe.